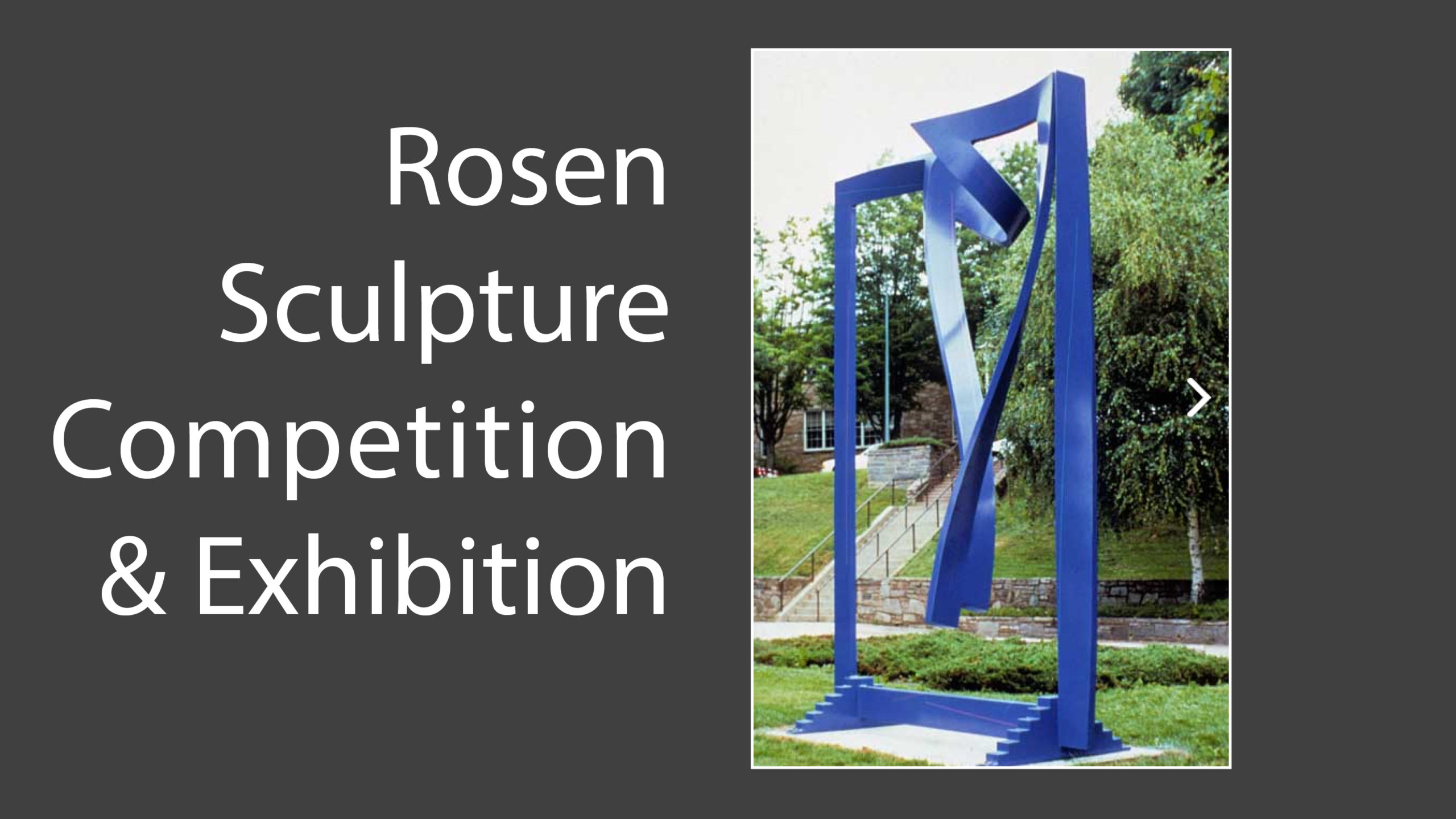 The sculpture competition, on view year round at the Appalachian State University campus, is a dynamic component of the visual arts on campus. 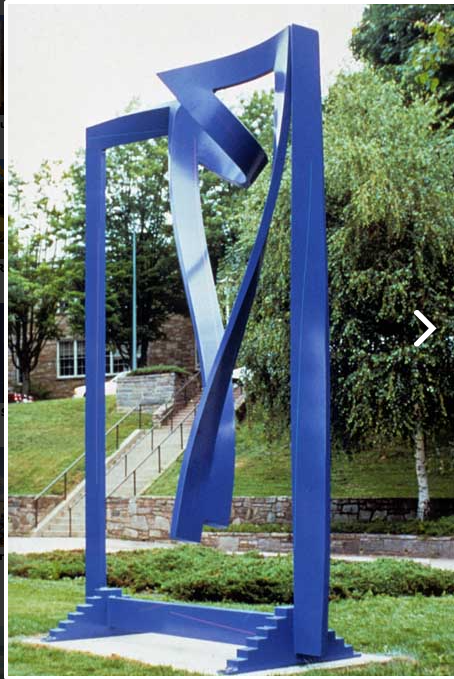 Bruce White’s work has been described as “an elegant union of ancient symbolism and contemporary science.” His preferred materials are stainless steel and aluminum, although he has created works in bronze and granite–essentially materials which lend themselves to permanence. In addition to sculpture for residential and commercial interiors, he has done numerous large scale exterior public works.

White has never been content to stay with one specific idiomatic concept. However, the viewer will note clear connections between his works when viewed in sequence. The artist does not usually begin with a specific idea in mind, but rather, relies on manipulation of paper or thin sheet metal to generate a “surprise” solution which can only be fully realized three dimensionally. He then pursues the idea on a larger scale. In recent projects he has been experimenting with tall columnar forms which gain their supporting strength through surface geometry rather than internal framing. In some, he takes advantage of the open interior by randomly piercing the surface and then installing electric light to radiate from the interior at night. During the day, sunlight is captured within and “bounces” around to make the sculpture shimmer from the sun’s movement as it reflects on the different angles.

During his tenure at Northern Illinois University he exhibited first at Fairweather-Hardin Gallery, and then at Roy Boyd Gallery. His identity as a Chicago artist began as a result of his involvement with the original Navy Pier Sculpture exhibitions which eventually became allied with the Chicago International Art Expo. White’s work, “Aurora I”, was the first direct purchase by the State of Illinois program, Art-In-Architecture, and the sculpture is now located on the campus of the University of Illinois in Urbana. This work was followed by a major work, “Delphin”, for the new Illinois Revenue Building in Springfield. He has been included in private collections and exhibited throughout the United States. His permanent large-scale public commissions may be found in Illinois, Florida, Texas, Oklahoma, Minnesota, Iowa, North Carolina, New Jersey, Indiana, Michigan, Mississippi, Wisconsin, Alabama, and Virginia. In Chicago he has received prominent commissions for two public works, one of which is located at 4400 Chicago Avenue and another on the Farallon Building on Dearborn and Ohio. White has also done two works in Sweden, one the result of a grant from the America-Scandinavian Foundation and private donations.

*This source of this information is www.brucewhitesculpture.com (2021)