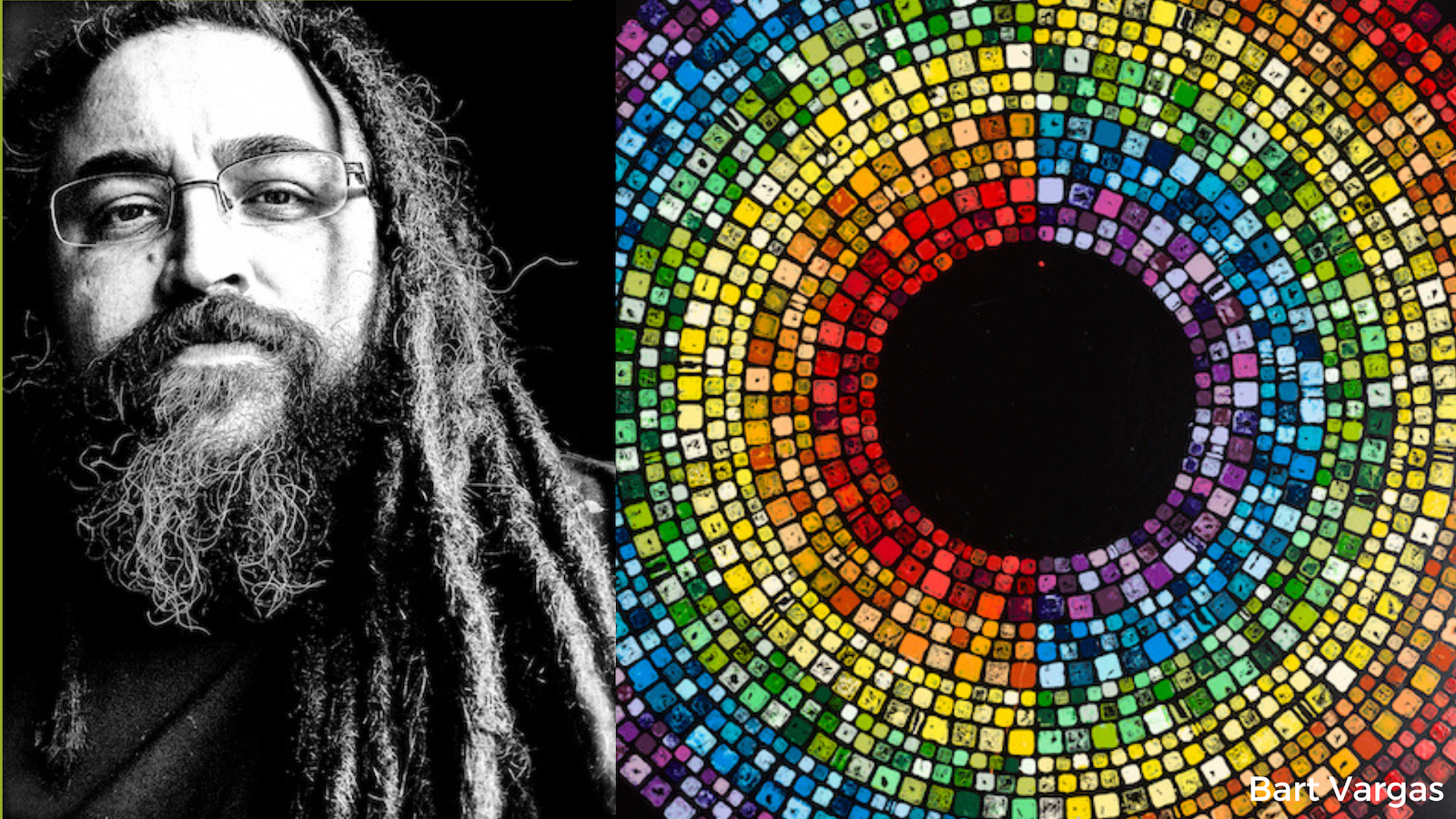 Join us as Bart Vargas shares about his artistic practice and exhibition “Multitudes” currently being exhibited at the Turchin Center!

Multitudes is a celebration of Bart Vargas’ use of materials, form, pattern, and color through sculpture and painting. This twenty-year retrospective of Vargas’ work consists of objects and images built from salvaged materials. Many of these award-winning works have been exhibited across the nation and world, graced book covers and publications, but have not previously been exhibited in North Carolina.

Multitudes: Bart Vargas on view in Hodges Gallery through December 10, 2022

Bart Vargas is a visual artist, educator and advocate from Bellevue, Nebraska. He received his BFA from the University of Nebraska at Omaha and his MFA at the University of Minnesota, Twin Cities. He has exhibited nationally and internationally, and his work can be found in many collections throughout the United States, Europe, Asia, Australia and South America. His works have also been featured in many publications, including Sculpture Magazine, New American Paintings and HGTV Magazine. Vargas lives with his wife Bekah Jerde, and their 90+ plants in Omaha, Nebraska where they own and operate an international studio. Vargas is also an Instructor of Visual Arts at Iowa Western Community College in Council Bluffs, Iowa.