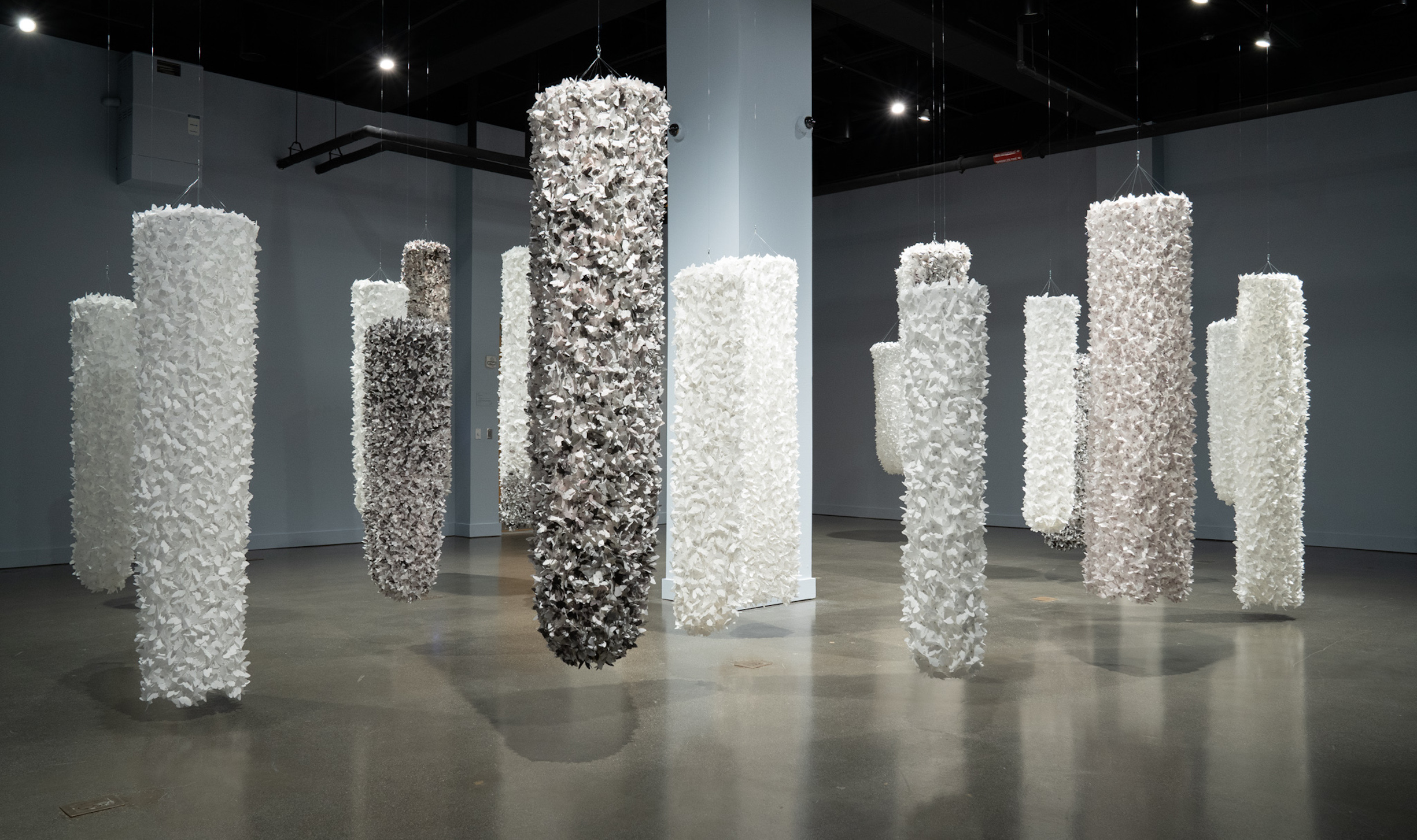 Location: Online – A private link to access the event will be emailed to each registrant.

Register Here
Join us as Christina Laurel share the artistic practice and insight behind her exhibition, Refugium, currently being exhibited at the Turchin Center!

Christina Laurel is a paper artist creating installations and two-dimensional art, all with a Japanese aesthetic. Her mission is to create an “exhale” moment, an oasis that offers a respite and refuge from our daily sensory overload. Suspended lace panels support a migrating pattern of butterflies that cast shadows and respond to air movement. Perambulating – whether with shoes, walker or wheelchair – through the suspended cocoons and grounded totems of “Refugium,” the viewer will become a part of the installation and a part of the art.

Christina Laurel is an artist of paper and in 2005 she removed her art from the frame; in 2009 she began crafting suspensions that freely rotate and in 2014 shoji paper made its debut in an installation featuring one of her nature motifs – the gingko. She originally studied fashion design at Cornell University, then fine art at the University of Maryland and SUNY Brockport, earning a BS Studio Art in 2009.  Laurel’s artistic mission: “to create an exhale moment, an oasis of respite from the sensory bombardment of today’s world.” Her “Refugium” and “Emergent” installations were developed during several artist residencies: 2017, ArtRez, Newnan, GA; 2016, Virginia Center for Creative Arts, Amherst, VA; 2015, Hambidge Center for Creative Arts, Rabun Gap, GA; and 2014, Paducah Arts Alliance, Paducah, KY. She has participated in a multitude of solo, duo and group exhibitions in galleries, museums and venues in South Carolina, North Carolina, New York, Kentucky and Georgia. She now resides in Liberty, South Carolina.