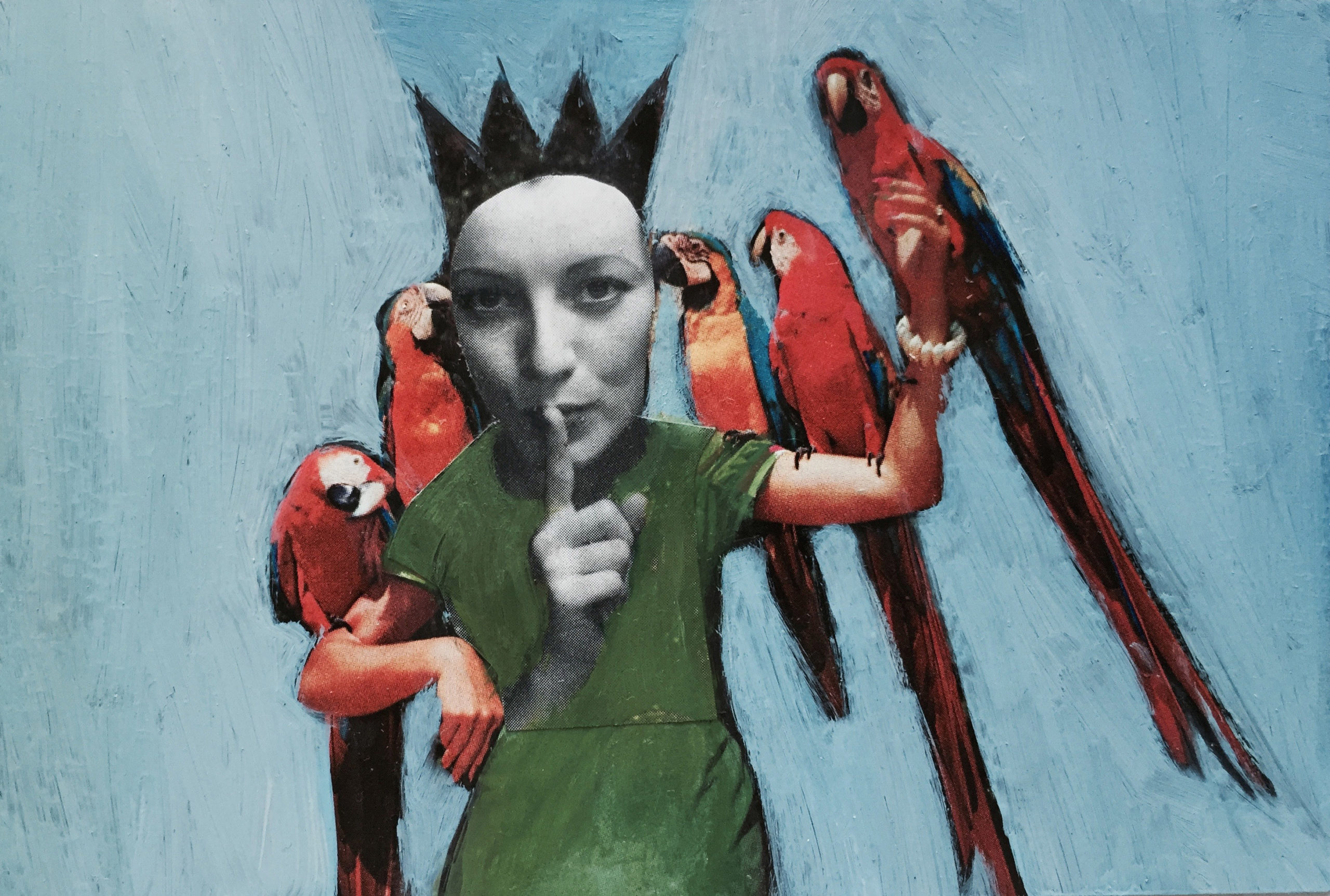 Join us as Suzanne Sbarge and Holly Roberts share the artistic practices and insights behind their exhibition, Fictive Strategies, currently being exhibited at the Turchin Center!

Suzanne Sbarge and Holly Roberts share a similar sensibility; they both use collage, weaving textures and images into surrealistically enigmatic artworks that open subconscious doorways into the ambiguous space of the night: haunting dreams brim with narrative probability remaining stubbornly resistant to a literal interpretation. Both artists live in and are intimately familiar with the New Mexico landscape where a deep stillness is part of the character of both the land and the people who inhabit it.

Holly Roberts
Holly Roberts’ first national exposure came in 1989 with the publication of the monograph, Holly Roberts, from the Untitled Series published by the Friends of Photography. Although her work has always been based on the photograph, it was the inclusion of paint that made it so distinct. As David Featherstone says in his introduction, “Roberts is a painter, yet it is the photograph underlying the paint, even when it can scarcely be seen, that gives the work its intriguing, mysterious power. Drawing from the iconography of primitive art, particularly that of the Native American, Mexican and Hispanic cultures of the Southwest, where she lives, she creates paintings that address a broad range of human emotions. While it is Roberts’ evolving interaction with the photograph that takes her to her finished work, it is the existence of the underlying photographic image—even when it is obscured by paint—that gives the work its powerful qualities and sets up the emotional challenge for the viewer.”

Roberts obtained her M.F.A from Arizona State University and has also studied at the University of New Mexico, and Bellas Artes De Mexico in San Miguel de Allende, Mexico. Her work has been exhibited in over 90 individual exhibitions and over 100 group exhibitions across the United States and internationally. Her work is in the collections of many public and corporate collections across the United States. A dedicated teacher as well as a prolific artist, she has had a profound effect on a community of artists around the country. She continues to live and work in the Southwest.

Suzanne Sbarge
Suzanne Sbarge was born in Hartford, Connecticut in 1965. She has lived in Albuquerque, New Mexico since 1989. She received her B.A. degree in art history and studio arts from Barnard College in New York City and her M.A. degree in Art Education from the University of New Mexico. She has also studied studio arts at L’Ecole des Beaux Arts in Toulouse, France; Syracuse University in Florence, Italy; The Art Students’ League in New York City; University of Connecticut; University of Massachusetts; as well as Anderson Ranch in Colorado, Penland School of Crafts in North Carolina and Vermont Studio Center. Her work has been exhibited in over 75 group exhibitions and 15 solo shows since the late 1980s. It is in the collections of over 100 local, national and international collectors, and has been represented at galleries across the United States.

In addition to her own work, she is a gallery director, curator, graphic designer and arts consultant. She is the Founder/Executive Director of 516 ARTS in Albuquerque, an independent, non-collecting contemporary art museum in downtown Albuquerque. In her arts administration work, she focuses on contemporary art and interdisciplinary projects in an educational context.