Carlo Demand was born on November 21, 1921 in Frankfurt/Main, Germany to a French father and a German mother. His interest in art and machinery developed at an early age and he was encouraged by his parents to pursue his interests. He started a sketchbook when he was about six years old. His early drawings included cars, scenery, cowboys and Indians and portraits of the family. His first drawing was done at the age of three.

Demand’s large extended family kept him well supplied with automobiles to sketch. Various uncles owned a De Soto, Buick, Chenard-Walcker and an Austro-Daimler. He was also exposed to Tom Mix movies which he enjoyed throughout his life. His uncles took him to air shows and automobiles races.

By the age of 16 he was enrolled in the prestigious Staedel Academy of Art in Frankfurt. He spent five years at the Staedel as a master student and also worked for periodicals, sports clubs, magazines, newspapers, industrial firms and the like. His first published drawing was a charcoal for a Frankfurt newspaper in 1938. It was of a Mercedes W-154 Grand Prix Car. This is roughly the same time that Hans Liska and Theo Metejko are also publishing in German newspapers and Demand was highly influenced by these two German artists. All three of them would focus on various forms of machinery…cars, tanks, boats, airplanes and airships.

Because of his Alsatian descent, he was drafted into the military when Alsace was annexed in 1943. He served the German army in Frankfurt, Poland and the western front. He subsequently joined up with the allies and finished World War II in the French Army. He was able to return to Frankfurt in 1946 and went to work for an advertising agency, then received a position with the art section of the U.S. Army Recreation Service. They were responsible for publicizing all recreational and sports programs and served as chief of the section for several years. In his off-duty time, he did commercial art and illustrations for book covers, magazines and newspapers. By 1972 he was doing free-lance work for major multi-national companies. Demand continued to work and paint 10 to 14 hours a day for the rest of his working life. He retired from painting in 1991 and moved to the United States with his wife of 50 years, Margaret.

Demand published several books on his artwork. His work was usually illustrating a narrative written by others. The Big Race was published in 1955. He created 128 charcoal drawings to illustrate the history of automobile racing from 1894 to 1955. Subsequent books were on airplanes, trucks, dirigibles, tanks, paddle-wheel steamers, motorcycles and the Mercedes car. The most popular of the books, however, is Conquerors of the Air: The Evolution of Aircraft, 1903-1945.

Before his death, Demand was a founding member of the Automobile Fine Arts Society and routinely exhibited at Pebble Beach at the time of The Concours d’Elegance. He has also shown at Meadowbrook and numerous one-man shows, primarily in Europe. He is in numerous collections, both private, public and corporate.

Throughout his life, Carlo continued to provide illustrations for publications. These ranged from Motor Trend to Auto Motor und Sport. Auto firms that he has done work for include Daimler Benz, Volkswagen, Auto Union, Ford, Renault and Volvo. He is on of the best-documented automotive artists ever. The bulk of his work has appeared in print. The only exception is the gouache work on pre-1960 auto racing. 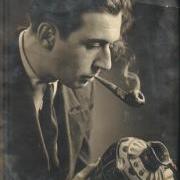 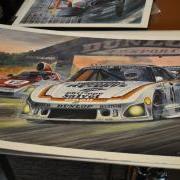