El Dia de los Muertos (The Day of the Dead) 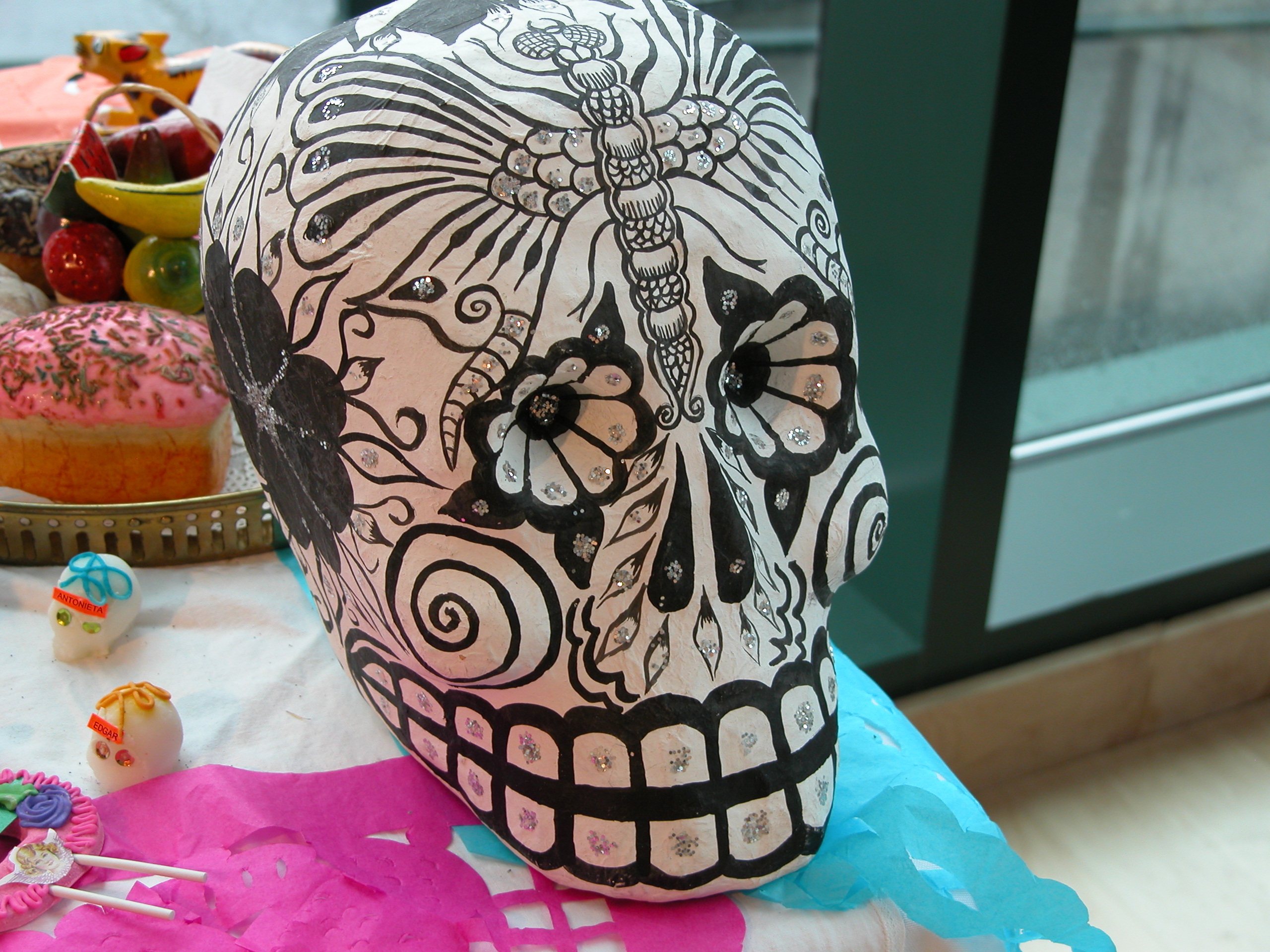 The Turchin Center continues its partnership with High Country Amigos in hosting a community celebration of El Dia de los Muertos (The Day of the Dead) – a Mexican holiday celebrated on November 1st and 2nd, and marked throughout Mexico by a variety of intriguing customs. Boone area Hispanics and Anglos have created and constructed ofrendas – altars with offerings of food, flowers, mementos, and remembrances – that will comprise the centerpiece of this exhibition. Educational displays and videos will explain this tradition of honoring the “faithfully departed.”

Note: The information below was compiled by Dr. Rachel Shinnar, a professor in the Management Department of Appalachian State University’s Walker College of Business. Sources for this information include: www.azcentral.com, www.diadelosmuertos.us, and www.Latino.com.

What is the Day of the Dead?

The Day of the Dead is a Mexican holiday, which has its origins in Aztec, Mayan, and other Meso-American civilizations. Death is seen as the continuation of life – instead of fearing death, these cultures embraced it. People believed that souls continue to exist after death, resting in Mictlan, the land of the dead, not for judgment or resurrection, but for the day each year when they could return home to visit their loved ones. In fact, in ancient Mexico, daily life was so uncertain and difficult that death was expected at every turn. Mexicans view death as a transition of life, a normal stage in the circle of life on earth, a natural progression, not an ending.

The Day of the Dead is celebrated so as to honor the memory of someone who touched one’s life. While this is usually a family member, a child or a parent, it can also be celebrated in the honor of someone loved and respected outside the family. Any such person can be the subject of a Day of the Dead altar, placed in the home for the Day of the Dead. This celebration offers not only a way to honor deceased loved ones but also an opportunity for closure. Because burial must take place within 24 hours, there is often little time for acceptance. Preparing for the return of the spirit each fall, lets the family remember and honor their dead, and gives them a chance to heal. 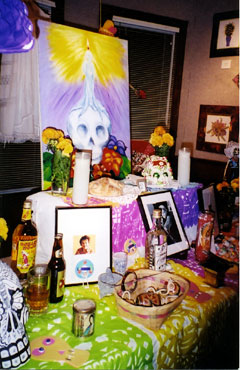 Installation image from 2004 Day of the Dead Celebration at the Jones House. Photo credit: Josie Bortz.

According to Mexican tradition, people die three deaths: The first death is when our bodies cease to function, when our hearts no longer beat of their own accord, when our gaze no longer has depth or weight, when the space we occupy slowly loses its meaning. The second death comes when the body is lowered into the ground, returned to mother earth, out of sight. The third death, the most definitive death, is when there is no one left alive to remember us.

The Spanish conquest of Mexico in 1521 brought about the fusion of Catholic attitudes and indigenous beliefs. The Day of the Dead celebration is the result of the amalgamation of the pre-Spanish Indian ritual beliefs and the imposed ritual and dogma of the Catholic Church. The Spaniards considered the Day of the Dead ritual to be sacrilegious and the indigenous people to be barbaric and pagan. To make the ritual more Christian, the Spaniards moved it, so it coincided with All Saints’ Day and All Souls’ Day (November 1 and 2), which is when it is celebrated today. Previously it fell on the ninth month of the Aztec Solar Calendar, approximately the beginning of August, and was celebrated for the entire month. Festivities were presided over by the goddess Mictecacihuat, also known as “Lady of the Dead.”

The altar is decorated with items that are believed to be beautiful and attractive to the souls of departed ones. Such items include offerings of flowers and food, but also things that will remind the living of the departed (such as their photographs, a diploma, or an article of clothing), and the things that the dead prized and enjoyed while they lived. This is done to entice the dead and assure that their souls actually return to take part in the remembrance. People often burn incense, which is believed to whisk away all bad spirits and leave a clear path for the dead soul.

Typical decorations for the Day of the Dead celebrations include sugar skulls inscribed with names, little white skeletons performing daily tasks, flower wreaths, and crosses as well as other flower decorations. Candles in different colors symbolizing pain (purple candles), hope (white candles), and celebration (pink candles) are placed on the altars as well. Food is also used as decoration, especially fruit, candy, and a special, sweet bread called Pan de Muertos (bread of the dead). Colorful tissue paper is cut into intricate designs to produce the Papel Picado and is strung to flutter over around the altar.