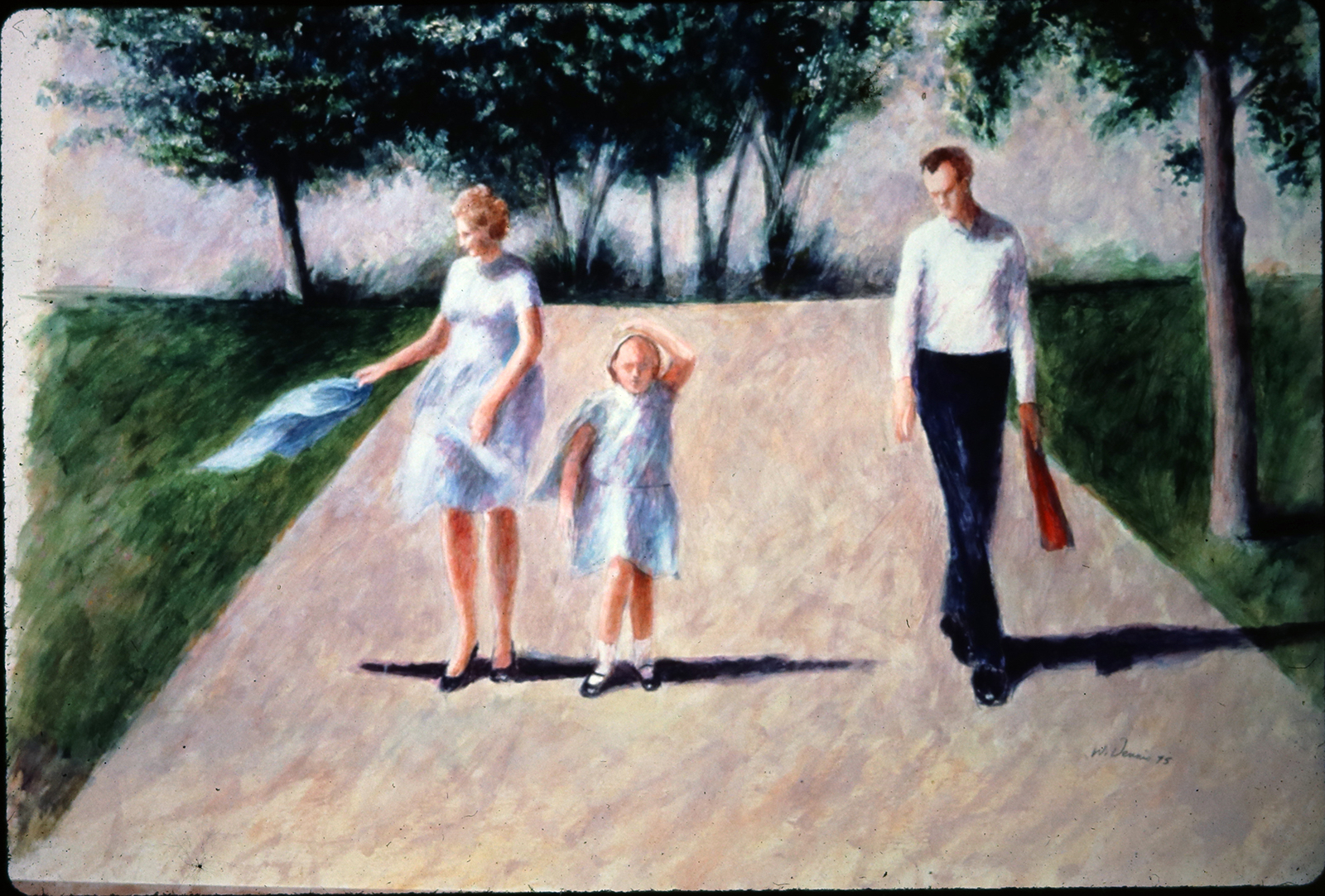 This exhibition commemorates the life and work of prominent Southeastern artist and retired longtime Appalachian State University professor Warren Dennis, who died April 13, 2021. Father, Grandfather, Artist: A Tribute to Warren Dennis comprises paintings from the personal collections of family members. An additional exhibition is being featured at the Carlton Gallery, where Dennis has been represented for decades and will also feature a memorial selection of his oil paintings in its Spring Group Exhibition, on view from May 29 to July 15.

Additional information about events at the Carlton Gallery can be found by visiting: www.warrendennis.gallery/memorial-exhibits 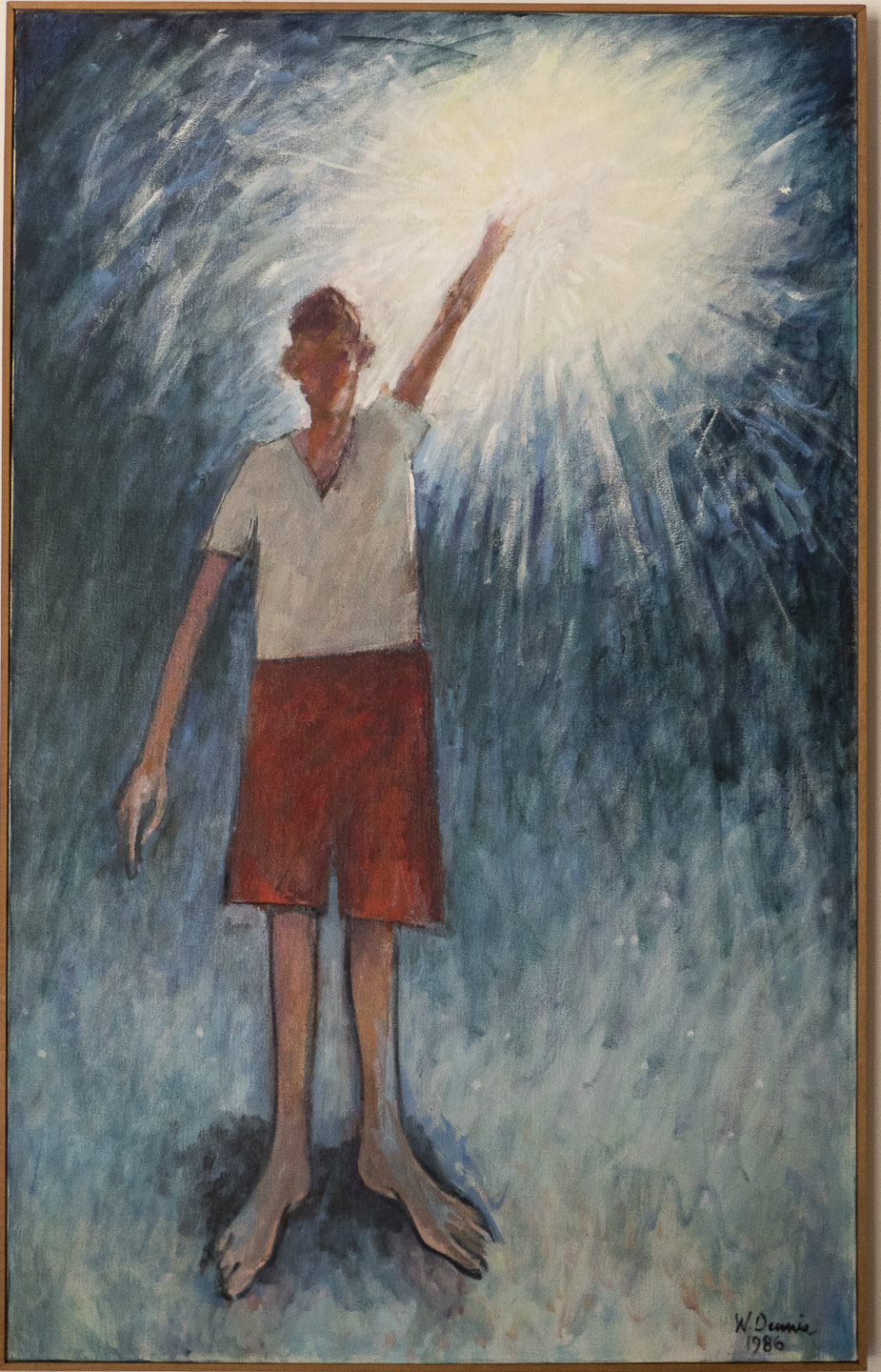 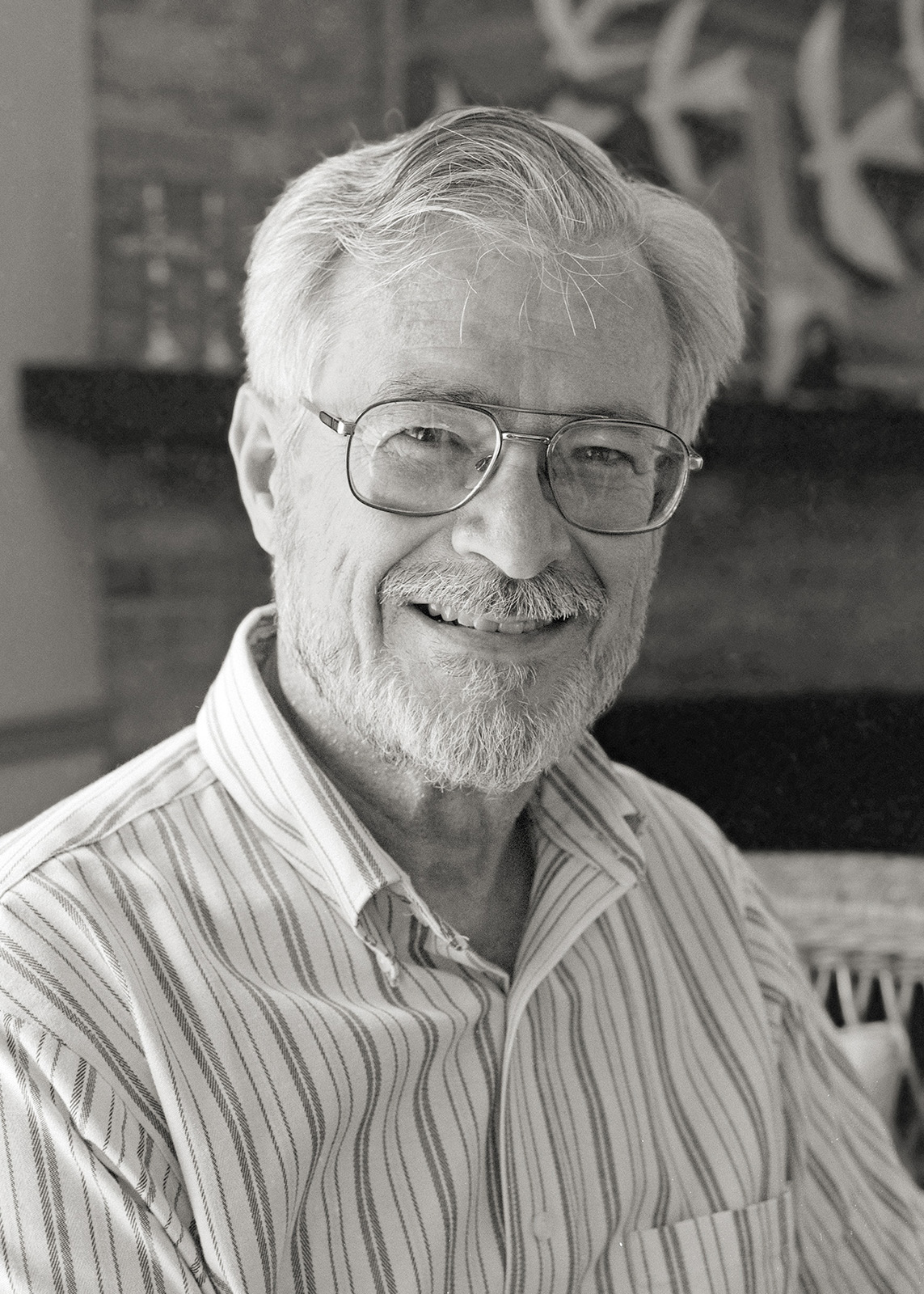 As a young man Warren Dennis left the small cotton town of Clarksdale, Mississippi, to attend Mississippi Southern University, where in 1950 he was awarded the opportunity to study for the summer with artist Yasuo Kuniyoshi in Duluth, Minnesota. Dennis then entered a newly established graduate art program at the University of Mississippi at Oxford, aka Ole Miss, where he studied with and worked as an assistant to artist Jack Tworkov. Both Tworkov and Kuniyoshi were powerful influences on young Dennis. In 1955 he accepted his first teaching position at Judson College in Marion, Alabama.

In 1965, Dennis and his family moved to Boone, North Carolina, where he became a transformative force for the Appalachian State University Department of Art. When he arrived, he was one of only two professors in the department. Dennis served on faculty from 1965 to 1993, and was department chair from 1980 to 1984. His tenure at Appalachian saw burgeoning enrollment and numerous innovations under the leadership of Herbert Wey, whose name graces Wey Hall, the home of the Department of Art since 1976.

As a professor, Dennis taught art history with a specialization in American art, drawing, painting, and lithography. In addition to teaching on campus, he and his wife Mary Kate organized student art tours to Europe and frequently hosted student groups at Appalachian’s residences in New York City and Washington, D.C.

An active and prolific artist into his nineties, Dennis exhibited widely. With over 60 one-person exhibitions to his credit, his paintings can be found in numerous galleries, museums, and private collections, particularly in the southern United States. Dennis also worked on several special projects, including a mural for Burke Mission Station in Morganton, North Carolina, in September 2001. His work continues to be shown at Carlton Gallery, his longtime representative.

Dennis’ prime painting years corresponded to the heyday of American Abstract Expressionism and, while he pushed the boundaries of paint on canvas all his life, he was a consummate draftsman who never abandoned the human figure. In a signature style marked by dry wit, Dennis’ paintings capture the humanity and the humility of subjects ranging from simple moments of family life to the great themes of art history, classical music, and Southern literature. Dennis was humble when called an expert on conductor Arturo Toscanini, author William Faulkner, and artist Pablo Picasso, among others. 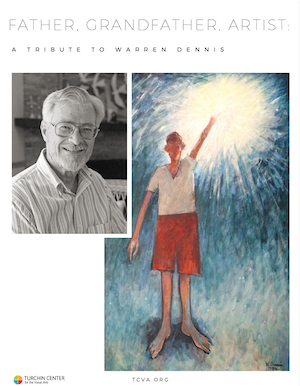 More information about individual works selected by family members for this tribute exhibition can be found via this link.

Beyond the Image: The Paintings of Warren Dennis