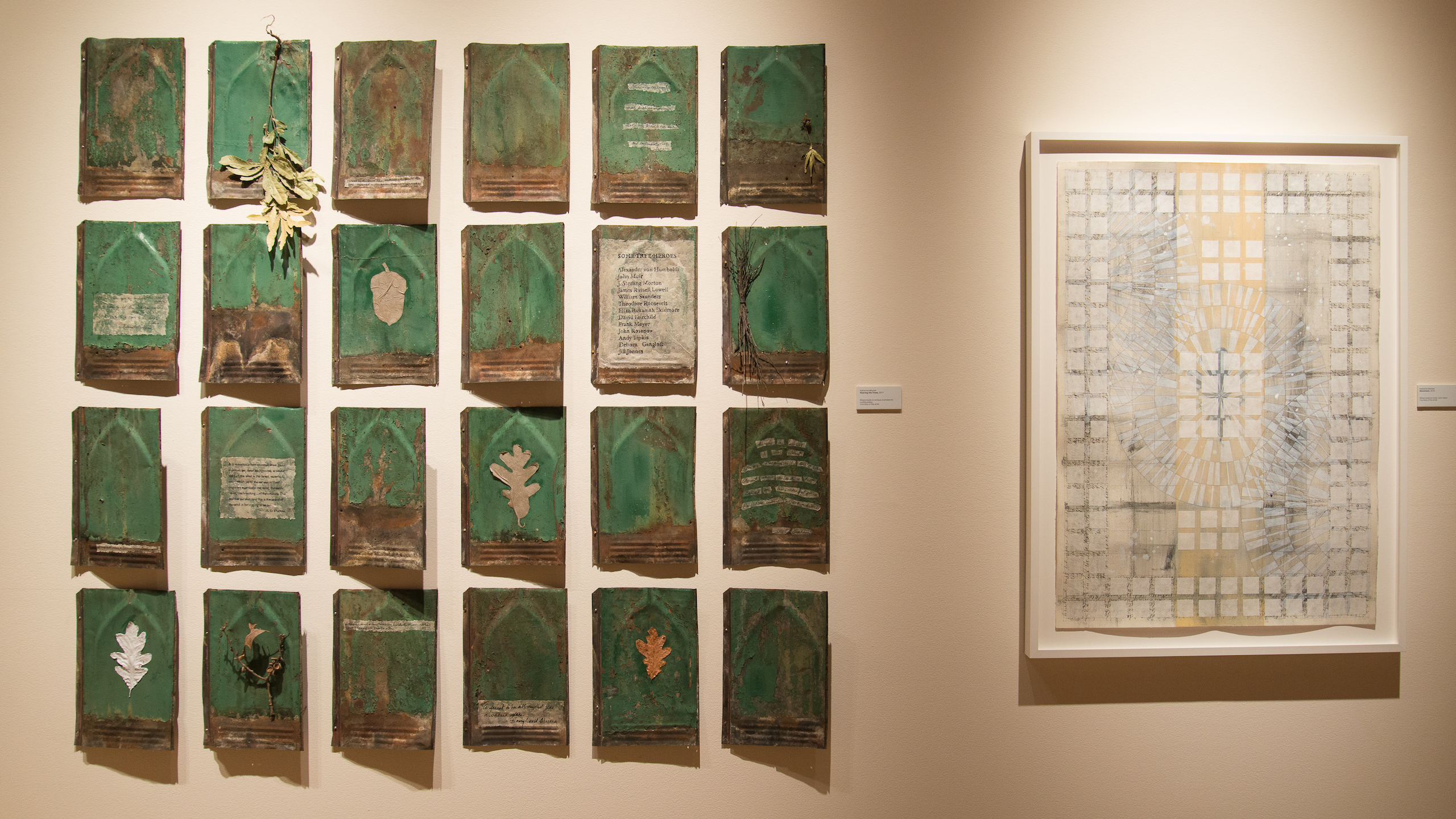 Hearing the Trees: Katherine Mitchell in the Mezzanine Gallery

It takes artist Katherine Mitchell a month or longer to finish a single large drawing. Her practice is seeped in the traditions of Zen meditation and the tradition of modernism as investigated in the 1960s and 70s, when she was a young artist absorbing the concepts of conceptualism and abstraction into her rigorous practice of drawing and painting, based observations of the natural world. Ordering her surfaces into grids and patterns, Mitchell makes delicate, deliberate marks with a practiced hand. Her pieces are eloquent, quiet and invite contemplation. They are not easily observed; they take a centering of the soul, a deep breath and a slow exhalation and then, the viewer begins to see. 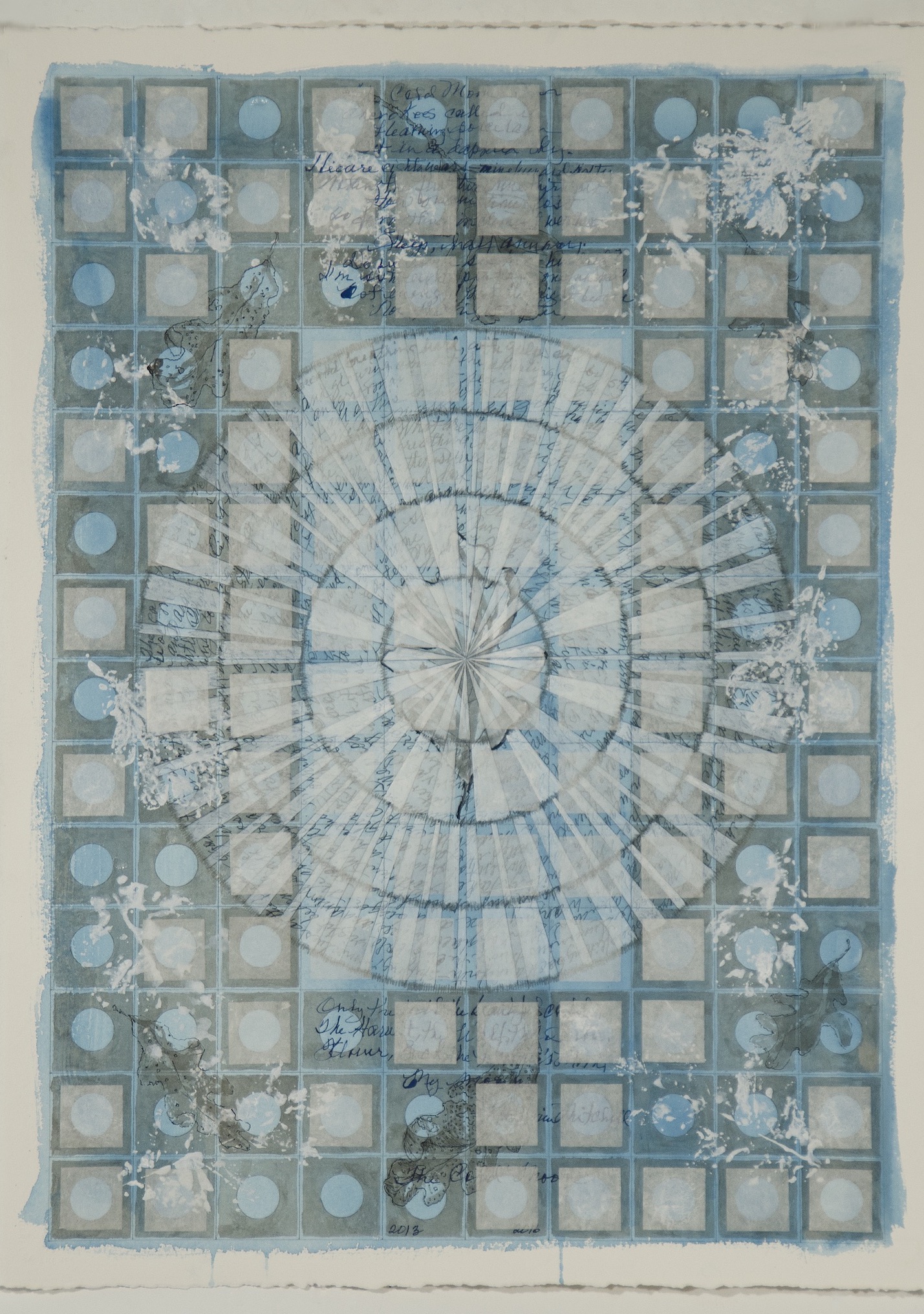 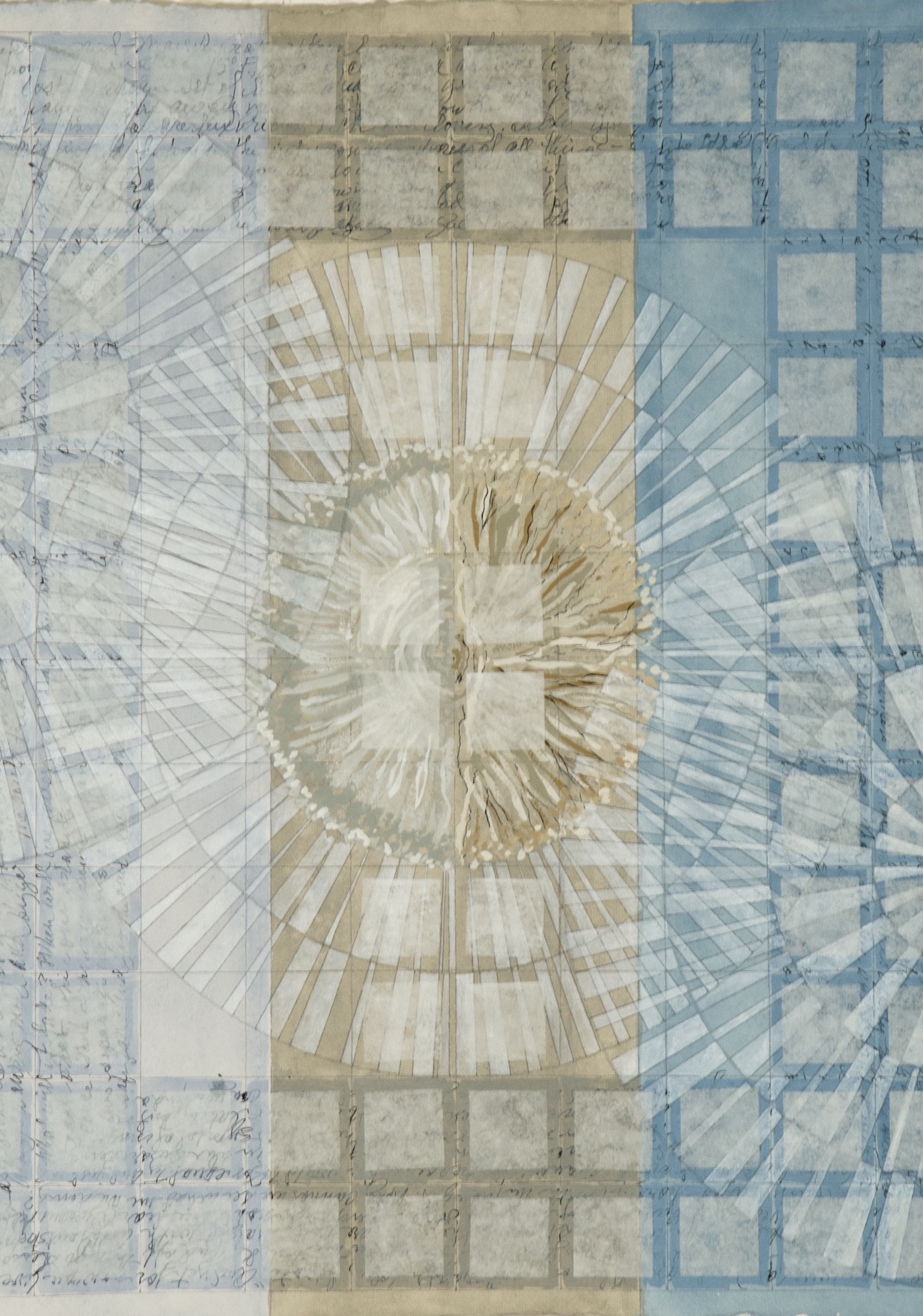 Recently, my interest has shifted from the built world of architectural form to the natural world. Over the years, I have moved back and forth between these interests. My Quercus Alba Series began when a favorite tree, a White Oak, became diseased, and I began a series of works focused on the tree, which I had come to love. As always, I am drawn to geometry, to the layering of systems and patterns, as well as more recently to imbedding texts within these works. These drawings/paintings serve as talismans for me and the tree, and by extension, this tree represents all trees and symbolizes our endangered natural world. 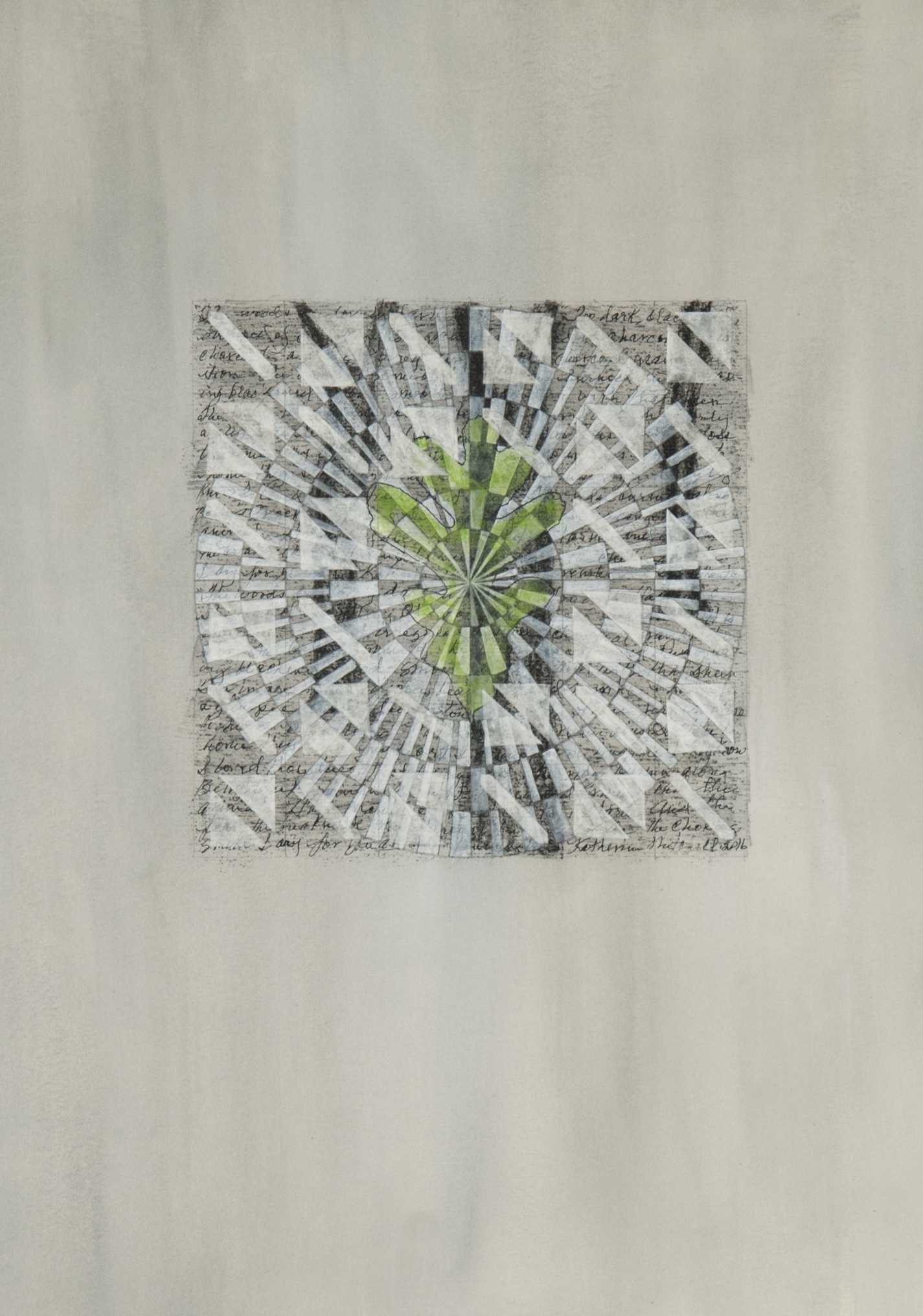 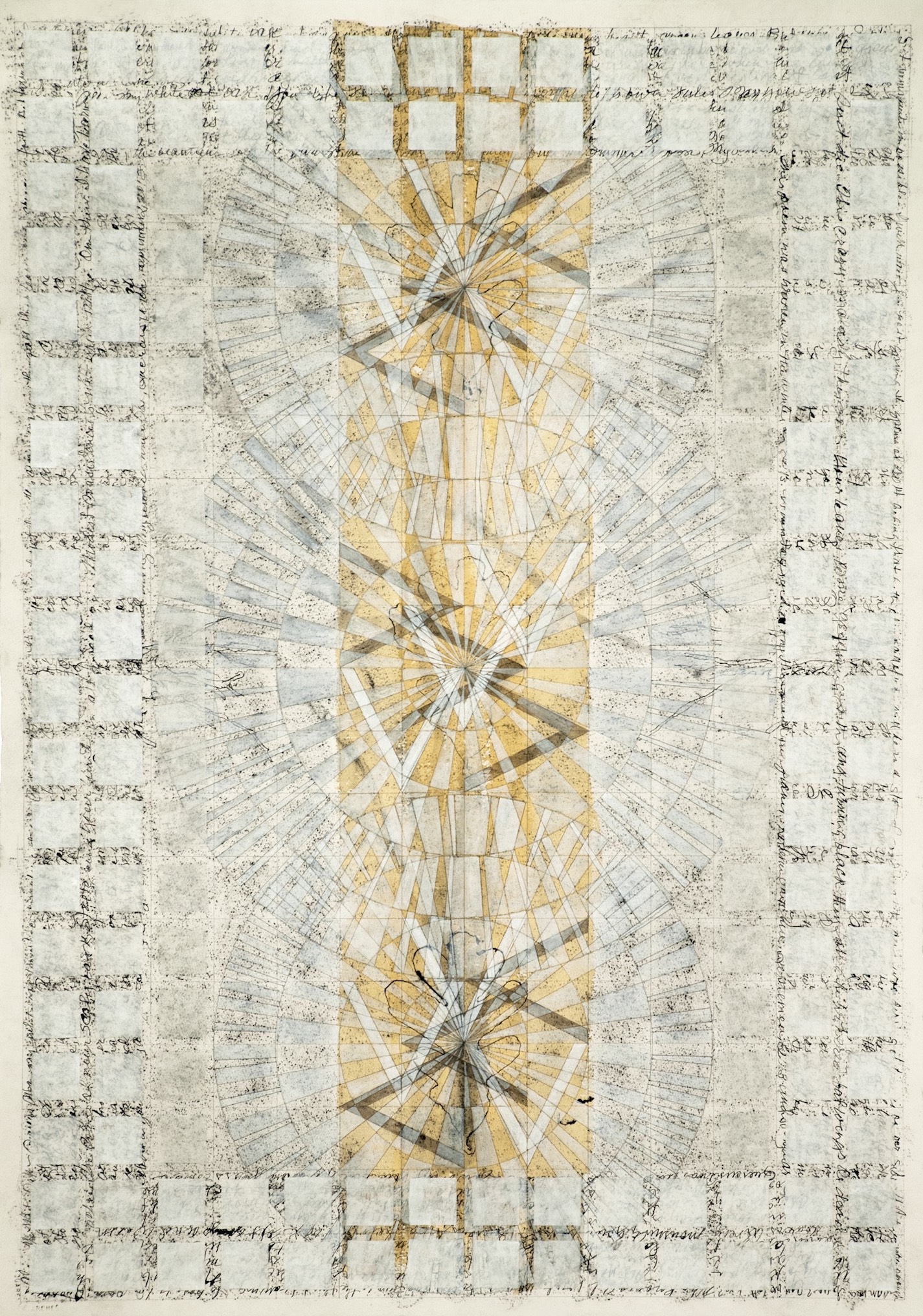 Katherine Mitchell was a 2010/2011 MOCA GA Working Artist Project awardee, and 2007 Atlanta City Gallery East Master Series artist, with a major retrospective and catalogue. Her first solo museum exhibition was in Krems, Austria, 2006, preceded by a 2005 solo exhibition at the Atlanta Contemporary Art Center. Her work has been collected by numerous museums, including the High Museum of Art, MoCA GA, Emory University’s Carlos Museum, the Speed Museum in Louisville, the Arkansas Art Center in Little Rock, and Agnes Scott University to name but a few. She has exhibited widely including at the National Academy & Institute of Arts & Letters, New York, the National Museum of Women in the Arts in Washington, DC, the High Museum of Art, and the Museum of Contemporary Art of GA. Until retiring in 2009, she taught drawing and painting at Emory University. Her work was featured in “Georgia Masterpieces: Selected Works from Georgia Museums,” published by the Georgia Council for the Arts. Originally from Memphis, TN, she has a BFA (1968) from the Atlanta College of Art, did post-graduate work at Tyler School of Art (Temple University) in Rome, Italy, and holds an MFA (1977) from Georgia State University.