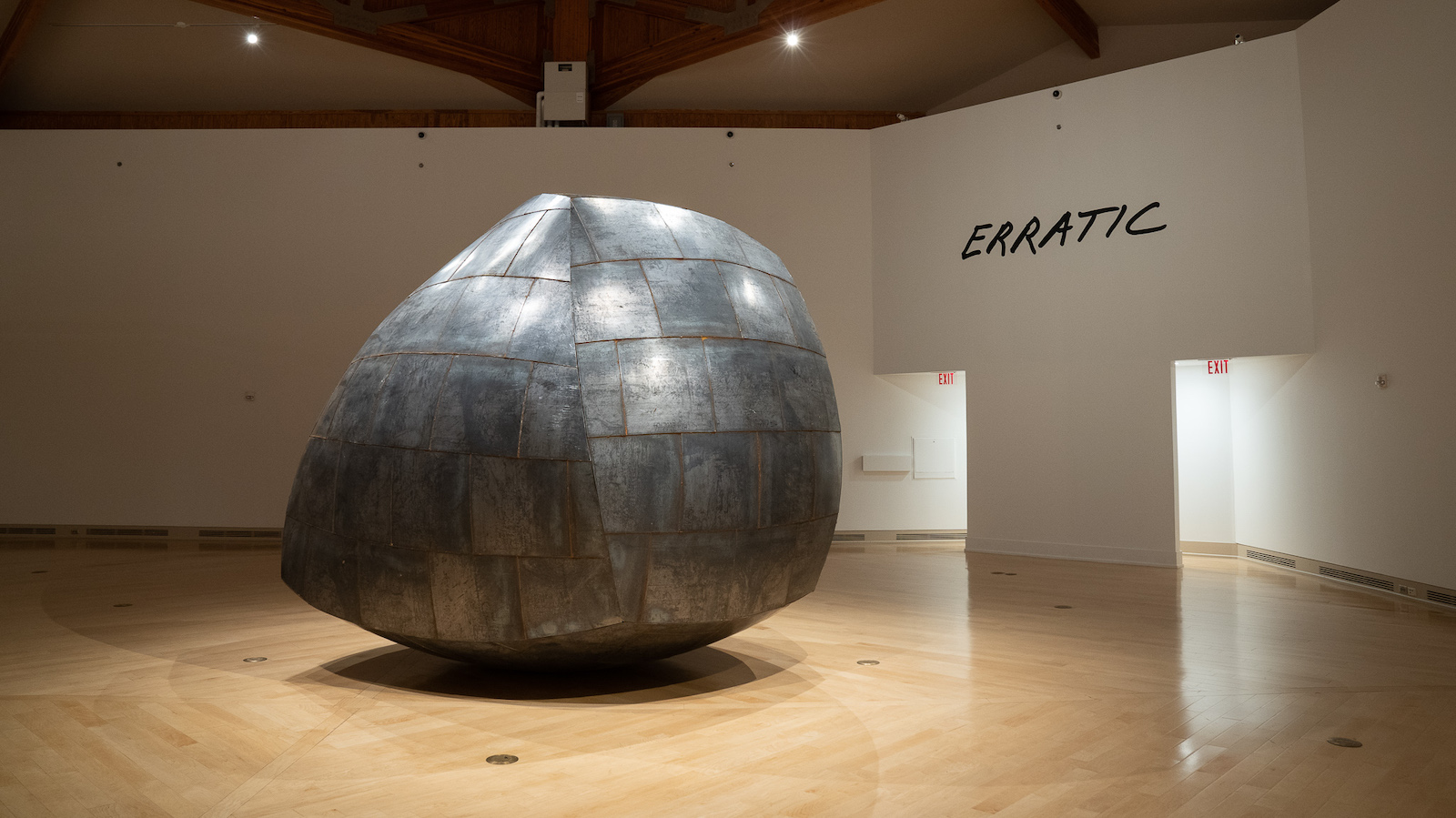 Hoss Haley: ERRATIC: Rest
Sharing space with Hoss Haley’s monumental work transports the viewer to a place where a clear separation between human creation and organic influence is undefined, yet beautifully intertwined. Color and texture are suggested but are ultimately ruled by nature. The marrying of raw nature and human intervention is what makes Haley’s work so captivating, allowing the opportunity to forget traditional rules, and marvel at a creation beyond our understanding. 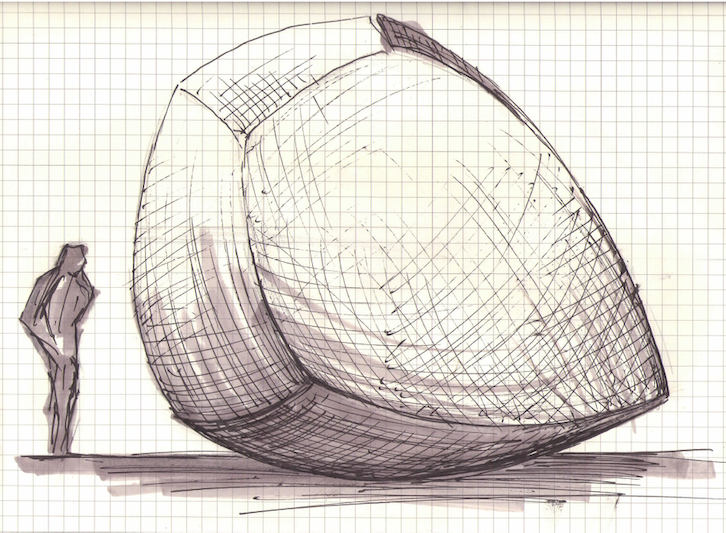 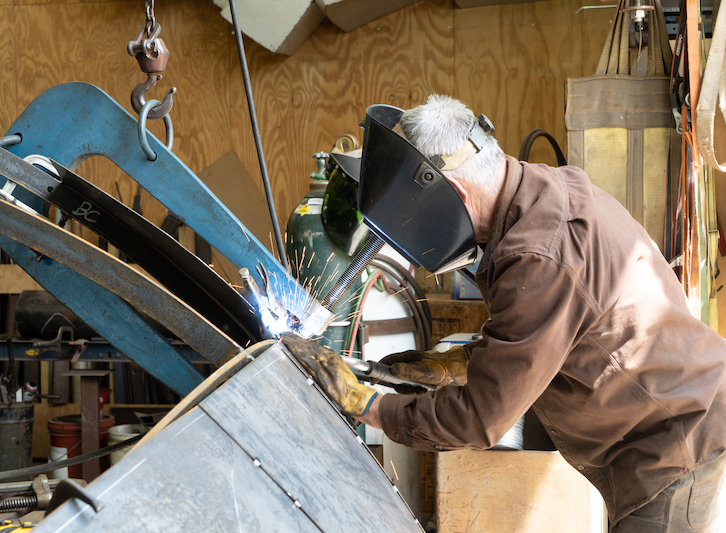 Hoss Haley creating the ERRATIC: Rest sculpture in his studio.

The surface of the earth, though seemingly immobile and locked in place, is in a perpetual state of movement – forever shifting and responding to weathering elements and conditions. Rain causes erosion, softening and shaping once jagged mountains to gentle rolling hills. Volcanoes violently erupt, bringing magma from deep within the earth’s surface to form new terra. And on occasion, due to dramatic transformations in a particular region, a mass of bedrock, sometimes as large as a house, will break free from its parenting bedrock. The erratic, now independent of its former position and often carried by eroding glacier ice, begins its own journey through the vastness of time.

Erratics have been known to travel great distances, sometimes hundreds of miles. When observing the aged and scarred surface of the boulder–– a story-in-the-making that began perhaps thousands of years ago––  the texture can reveal a history, a record of the boulder’s experience. Though the mineral character of the erratic is oftentimes different than its surrounding landscape, the elements and time have cooperated to foster a harmonious existence. 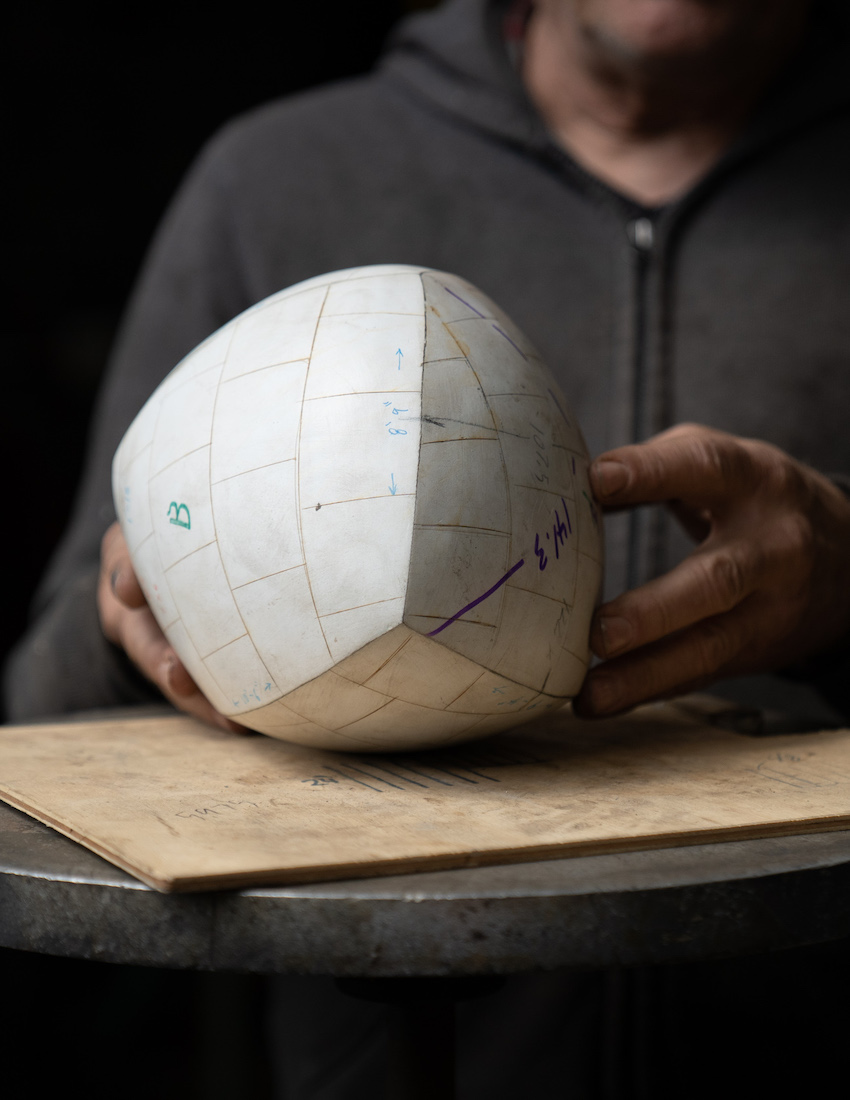 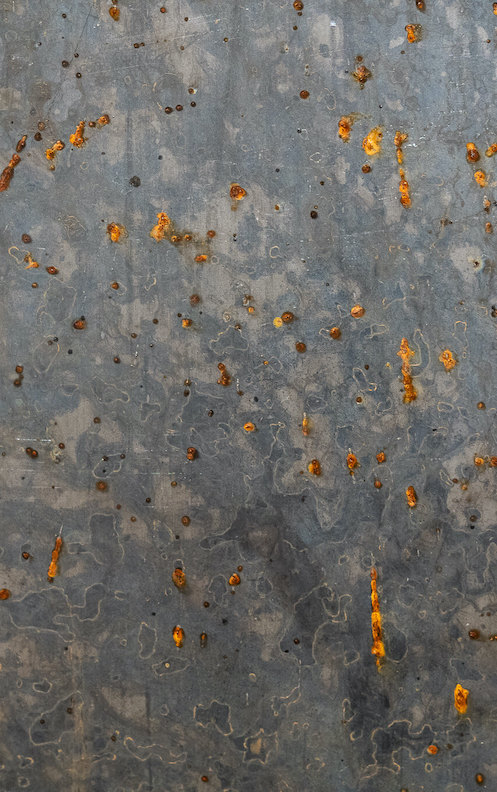 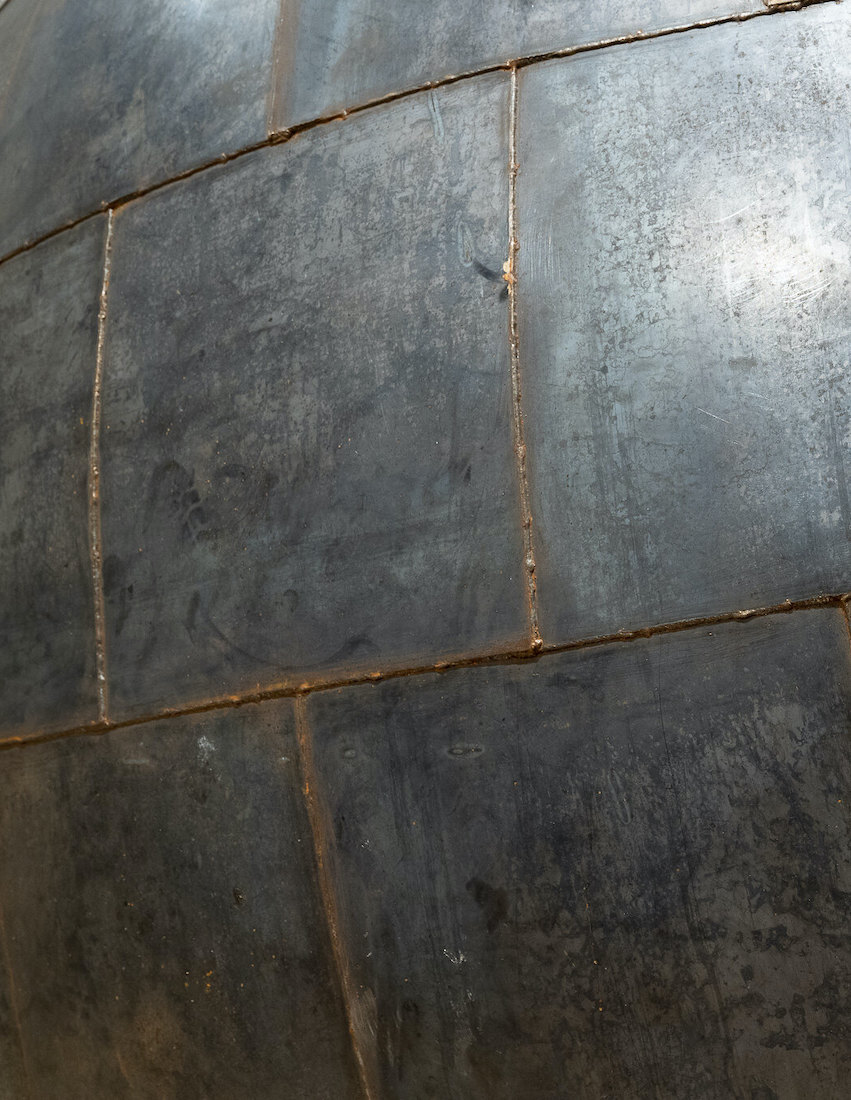 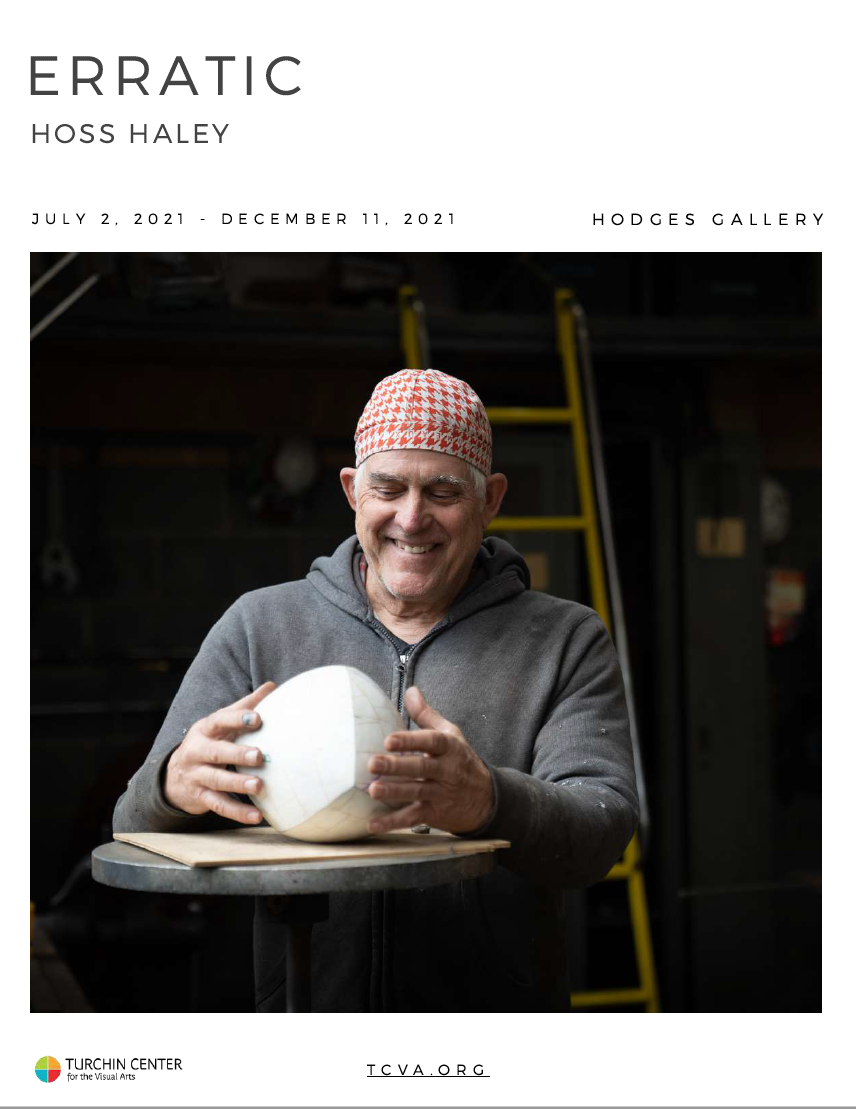 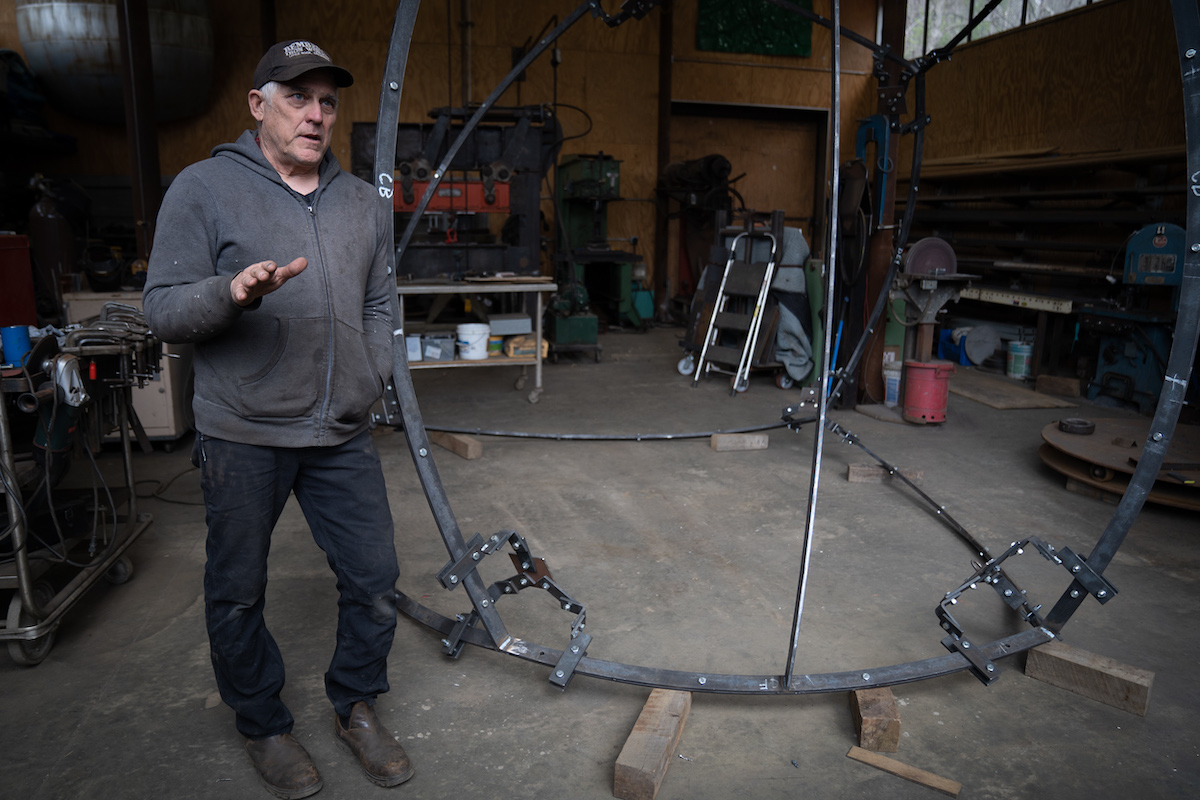 Sculptor Hoss Haley creates two and three dimensional works in steel, concrete and bronze. He favors industrial materials and fabrication methods, often building or adapting the machines and tools he uses to produce his work. Hoss has completed public art projects for the Pack Square Conservancy (Asheville, NC), Charlotte Area Transit System and Mecklenburg County (NC) as well as several privately commissioned large-scale steel sculptures. Hoss’s work has been shown at several museums and galleries nationwide, and he has been a resident artist at Penland School of Crafts (NC) and at the John Michael Kohler Arts Center (WI). Hoss learned machining and steel fabrication at an early age and them apprenticed as a blacksmith for several years in Texas and New Mexico. Decades later, his work is heavily influenced both conceptually and aesthetically by the western landscape of his youth.