In the Garden of Healing: Dara Mark 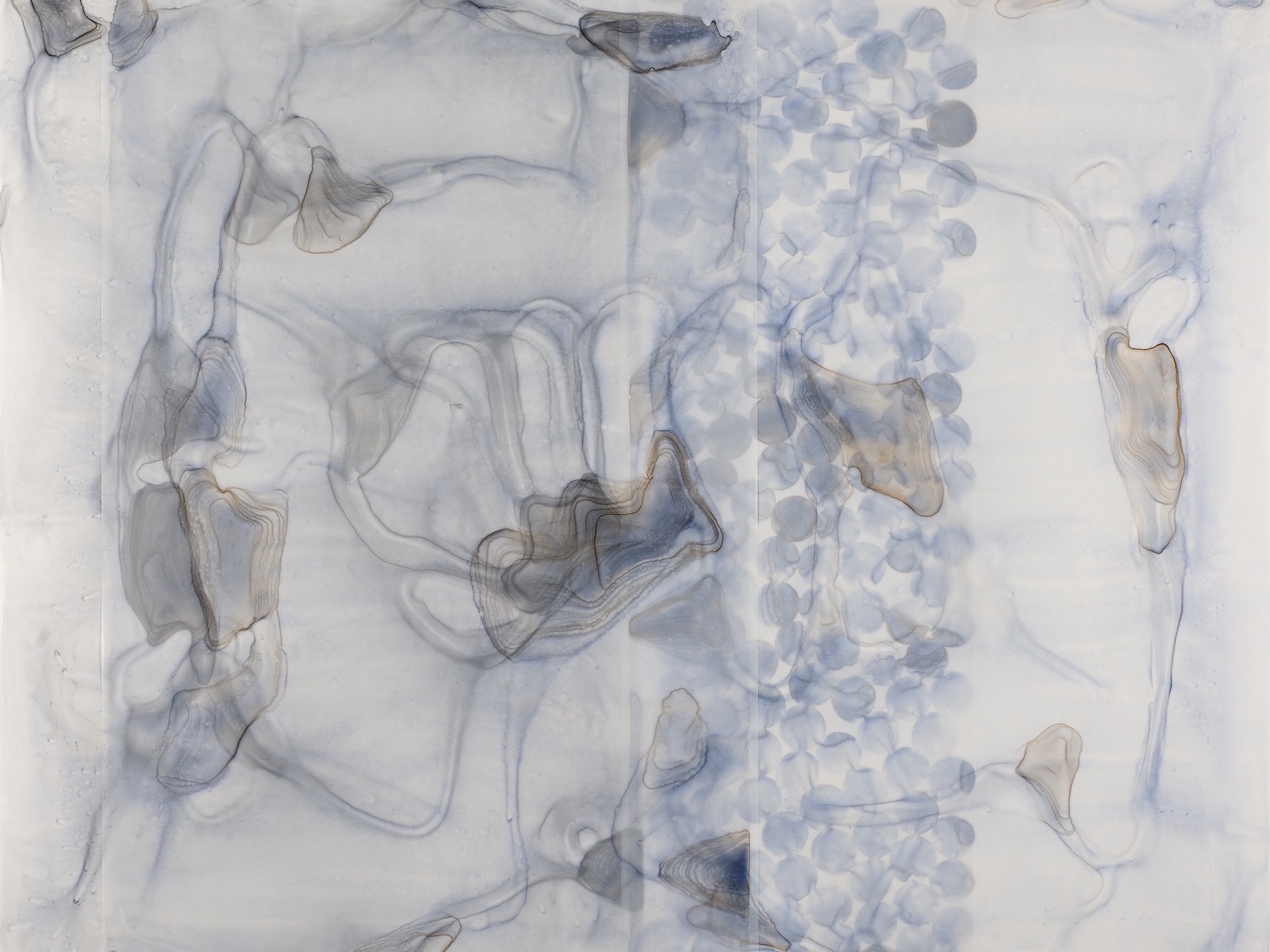 The paintings in this exhibition were made over the five year period after my husband died.  Each of them reflects my emotional state during the process of grieving and healing and describes in abstract terms an arc of personal growth.

The paintings were not conceived of as therapy per se, but as the only way forward for me as an artist.  The medium – watercolor on Yupo paper – and the formal issues of transparency, flow and balance, were and are a continuation of my longtime studio practice.  Color is always key.   For the first year I used black, white and blue exclusively, because that felt right.  Two years later, diagnosed with breast cancer, I was drawn to the warm colors of the spectrum: red, pink, orange, yellow.

My practice is very intuitive and allowing.  It is transparent not only because of the transparency of my materials, but also as a window into my spiritual heart.  My hope is that a viewer will sense the increasing freedom and vitality in the work as the series developed.  Artist and viewer can share this transformational journey.

ARTtalk: Dara Mark: In the Garden of Healing. 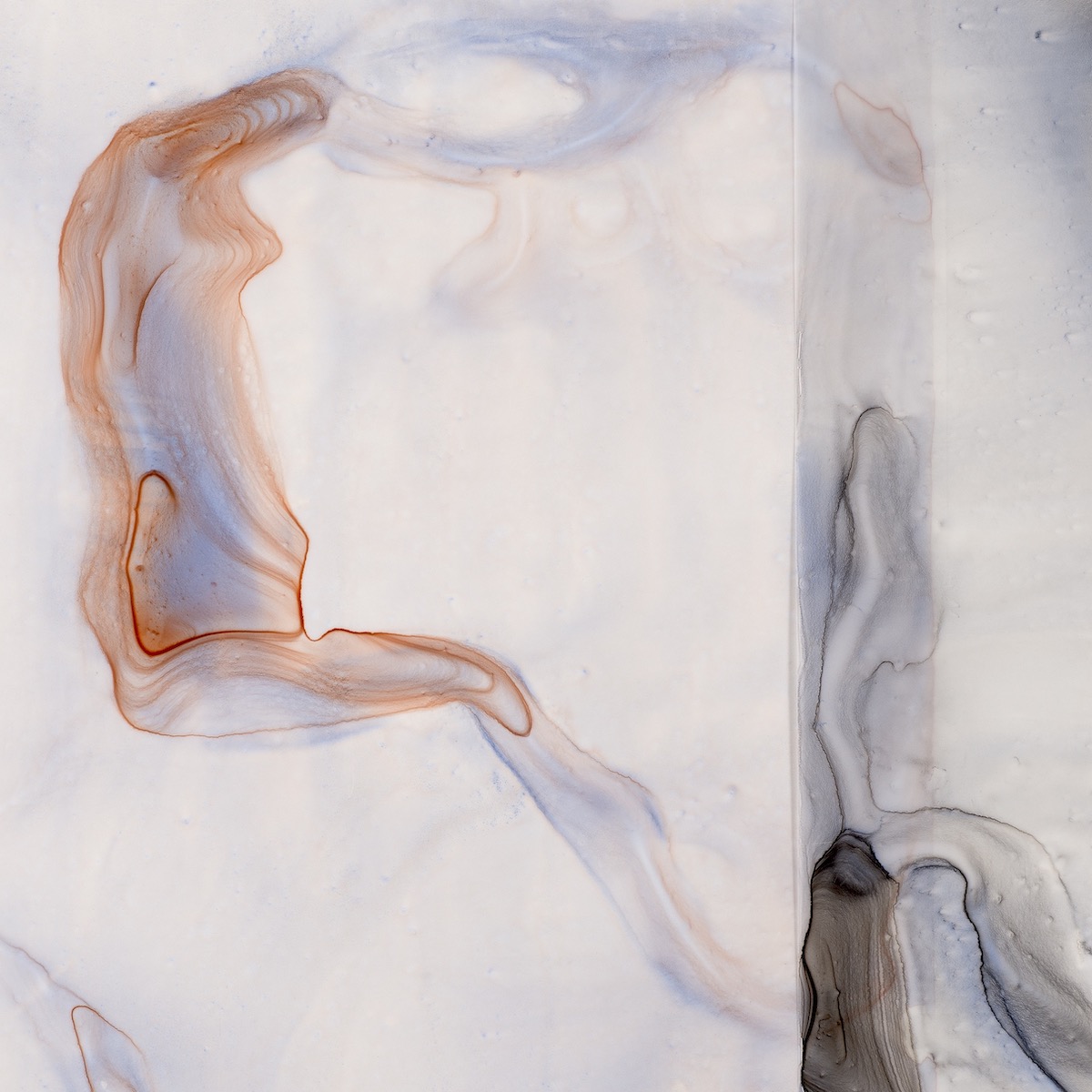 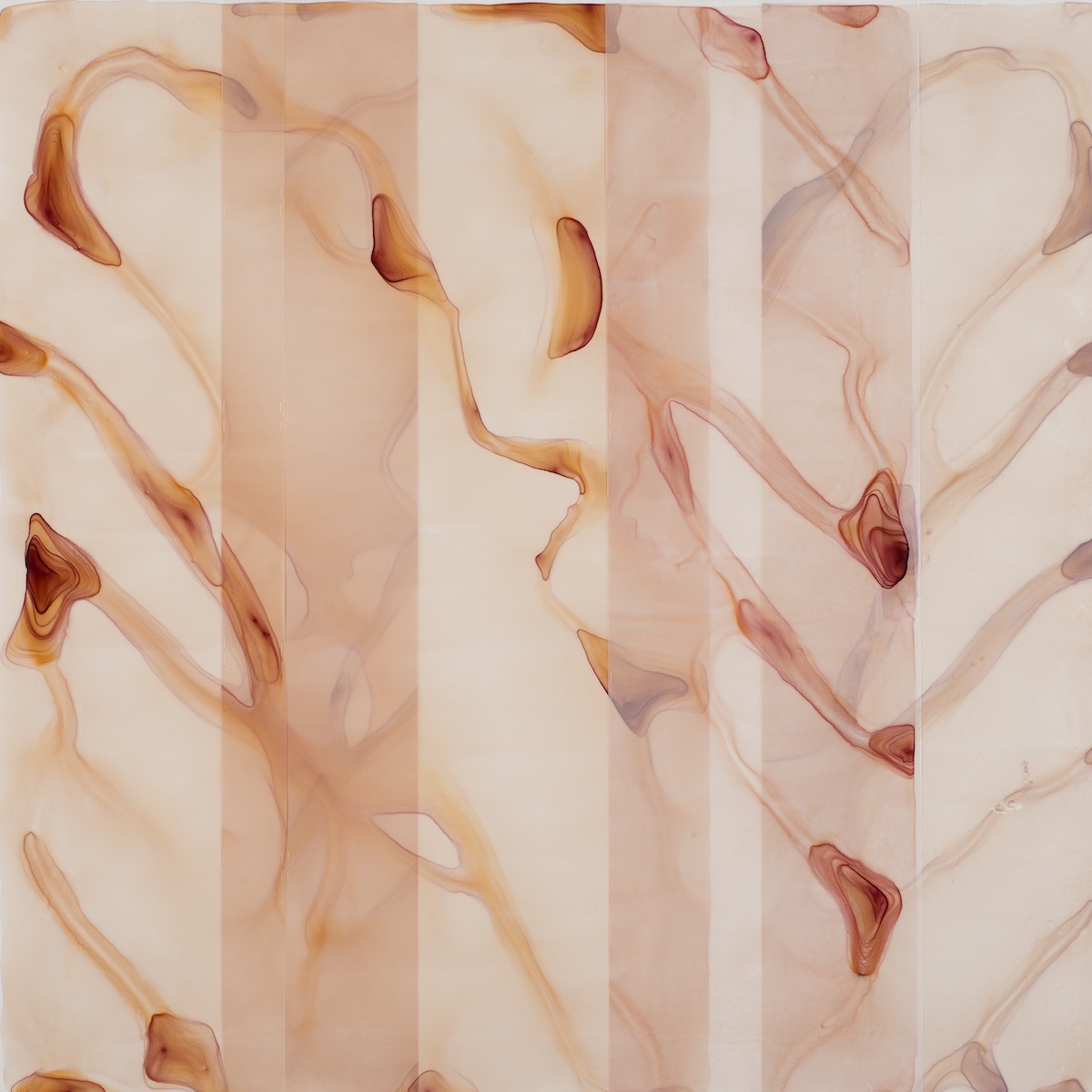 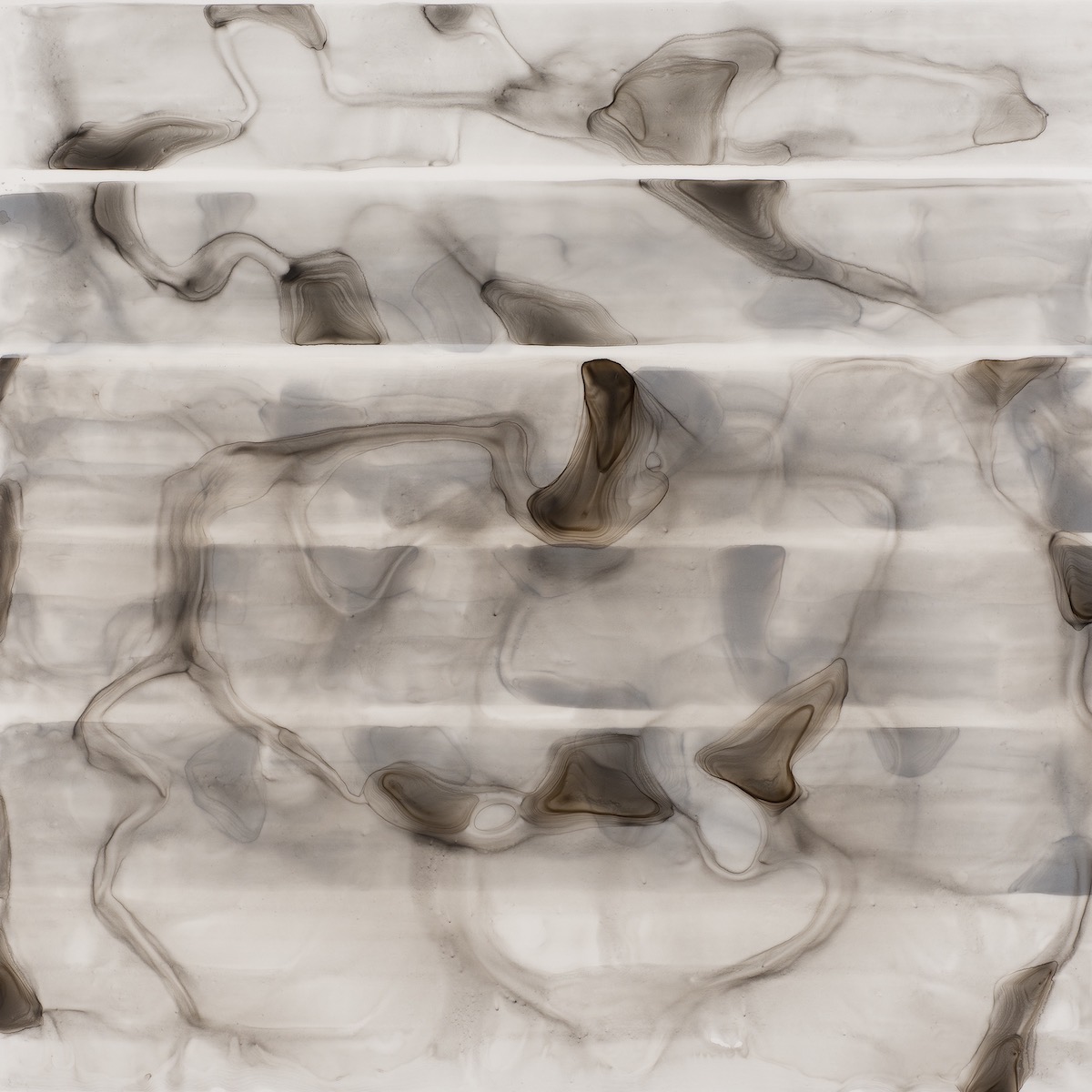 Transparency and translucency, light and color, are the big draws for me.  I work intuitively without much planning to allow the watercolor paint its maximum expression.

The work begins with a wash of watercolor over non-absorbent synthetic paper.  A gentle chaos of liquid flows naturally into streams and settles into pools.   Temperature, humidity and even the time of day will affect the results.  When the paint is dry, the translucent sheets of color are layered and sewn onto a mat board.  The finished painting has areas where multiple sheets are layered, rather like a transparent quilt.

Certain colors call to me depending on my mood or what is going on in my life.  When I was working through the grief of losing my husband, first black, then blue was necessary.  Then, during a few years of health challenges, I turned to warm healing variations of peach and rose.  The colors seem to choose me, rather than the other way around.

I intend the paintings to serve as beautiful, balanced fields for contemplation, and possibly for healing.  I invite the viewer to turn inward to spaces that are, paradoxically, expansive.

Dara Mark: In the Garden of Healing, Connections Exhibition Guide 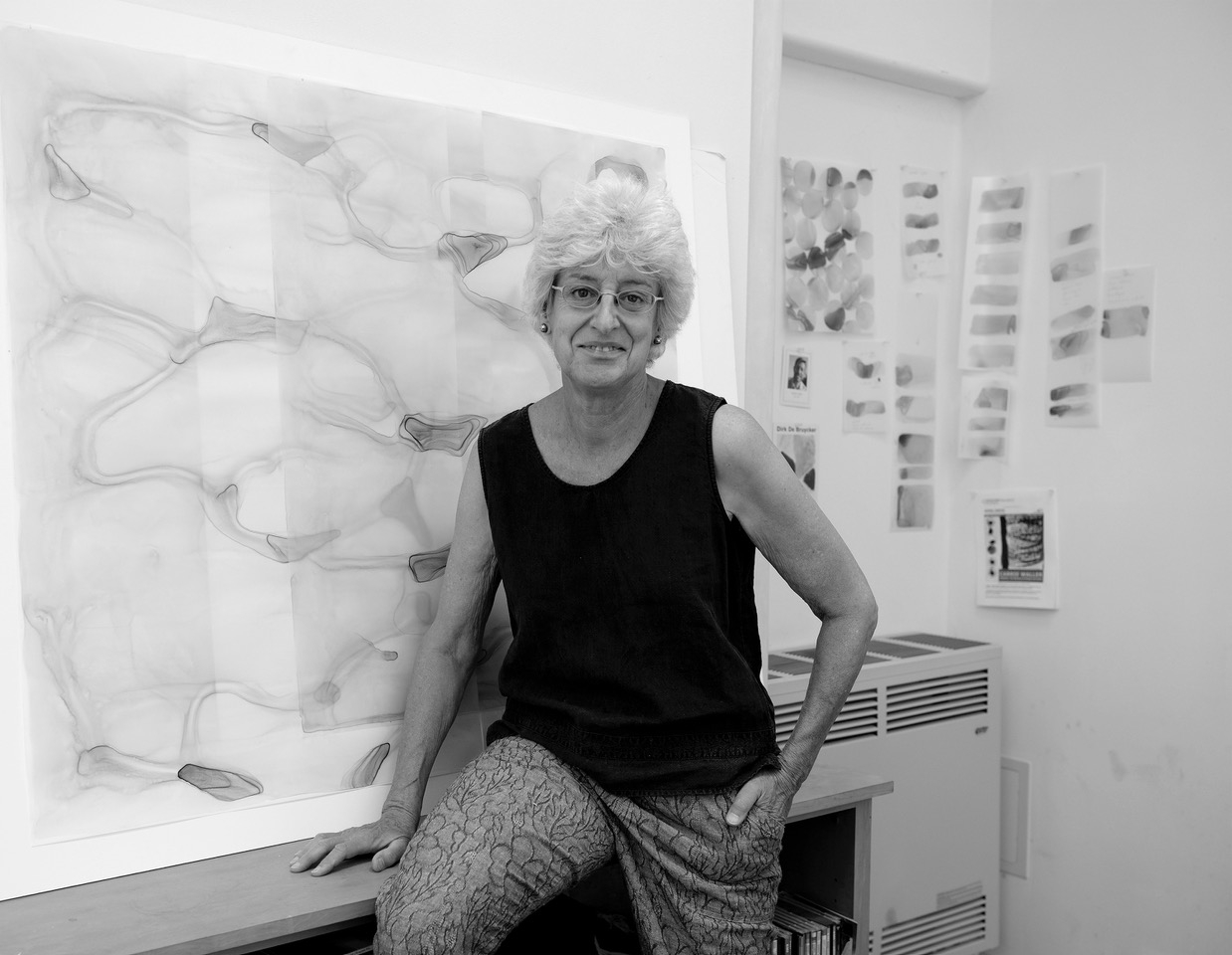 Growing up near New York City, Dara Mark enjoyed an early exposure to the arts, especially the abstract expressionist movement that was then current in the galleries and museums.   As a child she was encouraged to explore many media, including textiles and fiber arts.  Her father, a watercolor artist, was a major inspiration.

She was one of the first women to graduate from Yale College in 1971, with a major in architecture. Later, her Master’s in ceramics from the University of California, Santa Barbara gave her experience with the unpredictable fluidity of ceramic glazes, which continues to reverberate in her approach to watercolor.  Much as the ceramic artist relies on the interaction of fire and chemicals for her effects, Mark invites gravity to direct the flows in her paint washes.  Her affinity for unforced consequences has been further developed over decades of chi gong practice, traditional Chinese energy work engaging the vital flows in the body.

Mark received artist grants from the California and Missouri state arts councils and served as a master artist for talented high school students in Santa Barbara County, California.  She has taught art to all ages, from kindergarteners to seniors.  Her work is owned by private and corporate collections across the West, including Neiman Marcus Corporation, Gulfstream Corporation and the University of New Mexico Health Sciences Center.

Since 1997 she has been painting full time in Lamy, New Mexico.  She lives and shares a studio with her son, Turner Mark-Jacobs, a graphic artist.