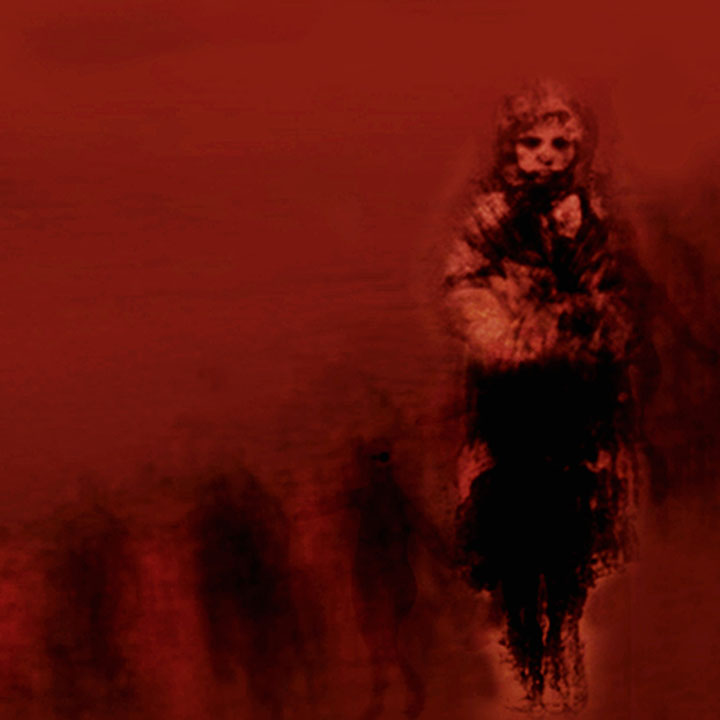 There are few places around the globe that have escaped the scars of genocide, of repression, of fear. Lesia Maruschak’s installations reclaim individual memory and, in claiming for herself a personal, familial history, transcends the self to articulate our collective history; her tears become our tears causing the oceans to rise at first imperceptibly and then in a torrent of “inconvenient truths.”

Bringing a new vision to photography Maruschak creates works that manifest the “memory of making. Her work is founded in materiality, through the use of ancient artistic methods including encaustics, egg tempera and gilding which all stem from her practice as a Byzantine artist. Through these processes she manifests a profound visual representation of loss and migration. Strong influences of the Canadian prairies resonate throughout her practice. It is here that she makes many of her images, and where the landscape plays an integral role in her “process of making” as best exemplified in her recent film, The Diggers. 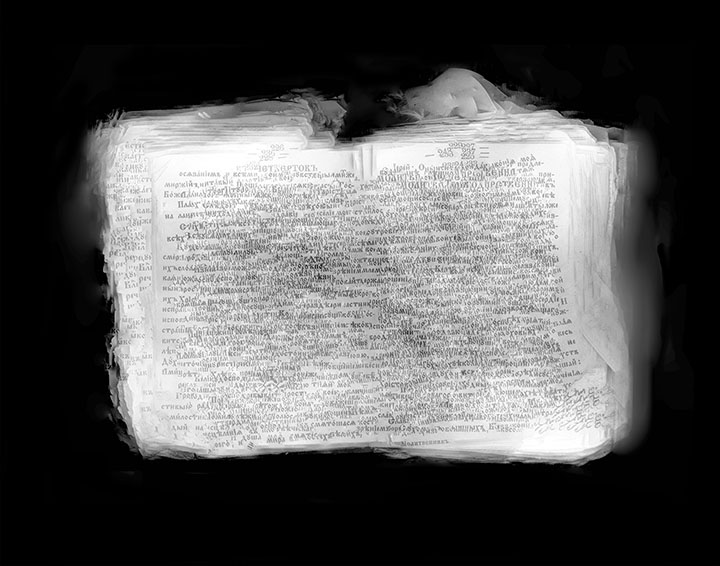 Project Maria & OH CANADA: Where The Land Is Free continue Lesia Maruschak’s work on The Memory Project. By manifesting representations of historical narratives brought forth from memories, personal and prosthetic, of almost forgotten or unknown historical events, she works like an archaeologist of history and humanity. Her focus is on archival photographs, diaries and intimate recollections, combined with her photographs of Canadian and other landscapes.

For her exhibition at the Turchin Visual Arts Center Lesia Maruschak presents two installations from The MEMORY Project: Project Maria & OH CANADA: Where The Land Is Free. The installations present her response to historic events that have marked her identity as a Canadian of Ukrainian descent: the 1932-1933 famine-genocide in Soviet Ukraine, and Canada’s first national internment ethno-cultural communities during 1914-1920.

Her sister Ksenya sleeping cold and dead in the bed beside her; her father imprisoned and beaten, returning home only to die; her mother falling asleep just before supper, never to wake. These are traumatic memories of Maria F., a survivor of the 1932-33 Holodomor (genocide-famine) in Soviet Ukraine, currently residing in Canada.

Project MARIA memorializes the more than 4 million victims of the 1932-33 famine in Soviet Ukraine – the Holodomor – an event widely thought to be genocidal. At its center is a single vernacular image of a young girl who survived and resides in Canada. Maria’s memories are now among those Maruschak also carries.

Produced across platforms including books, installations, textile sculptures, performance, lectures and film, the project manifests Maruschak’s intellectual and emotional response, informed by current research and the stories shared by survivors. Reworking photographs taken from the internet, Maruschak’s family collection, authenticated archival documents and digital photographs taken in Ukraine and on the Canadian prairies, Project MARIA reflects her emotional and intellectual manifestation of the Holodomor. The images encompass abstract portraiture, large scale scenes and small objects likened to Byzantine icons. Mediated digitally, overpainted with biological materials and pigments submersed in egg tempera, hand-worked and waxed, these artworks evoke not only the memory of their making but also the haunting, eternal qualities of individual, family and collective memories passed from generation to generation. Memory, history and trauma are transfigured, finding voice and place in our time.

What is the HOLODOMOR?

‘Holodomor’ is the word created to describe the 1932-33 famine-genocide in Soviet Ukraine. It is a combination of the Ukrainian words for hunger (holod) and extermination (mor), from the verb ‘moryty’ to kill by hunger or exhaustion. The Holodomor is a complex, highly debated historical event. There are many vested interests, and hence many diverging stories. Evidence of the Holodomor exists as eyewitness accounts and photographs. While drought and crop failure may have been contributing factors; and government mismanagement and Stalin’s aggressive collectivization policies created chaos – they were not the causal factors behind the event. Survivors describe the Holodomor as “an act of aggression” and archival records substantiate their claims. Pulitzer-prize winning historian Anne Applebaum, one of the world’s pre-eminent chroniclers of the crimes of the Soviet Union, in her new book RED FAMINE notes: “Starvation was the result, rather, of the forcible removal of food from people’s homes; roadblocks that prevented peasants from, seeking work or food; the harsh rules of the blacklists imposed on farms and villages; the restrictions on barter and trade; and the viscous propaganda campaigns designed to persuade Ukrainians to watch, unmoved, as their neighbors died of hunger.”

Men, women and children, branded as “enemy aliens”, interned behind barbed wire under armed guard, their properties lost or confiscated, forced to heavy labor in Canada’s heavily forested wilderness. These are the traumatic memories of the ethnocultural communities affected by Canada’s 1914-1920 first national internment operations, of which I am a descendant.

WHITE SHADOWS is an installation from OH CANADA, seen for the first time at the Turchin Center for the Visual Arts. Maruschak created these works to trace the presence of others. These almost life size, blurry and indiscernible photographs are like palimpsests of the early immigrants to Canada and those imprisoned at Canadian World War One internment camps. Maruschak introduces us to them using their faces, eyes, hands and the places they inhabited. They are unknow to us and as we discover them they move to inhabit our memories.

They hang from the atrium ceiling, floating silk panels, like echoes or vibrations. Installed so as to immerse visitors, they fray the boundary between the audience and the work, between the self and the other, between the past and now. They are white, as if white noise, easy to forget, ignore. With movement they enter and disappear from our reality as do memories. Maruschak invites the audience to sit among the panels and forge new relationships with the past and the world around us.

Maruschak is a grant recipient from the First World War Internment Recognition Fund and her work on OH CANADA is sponsored by the Fund. 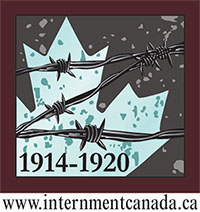 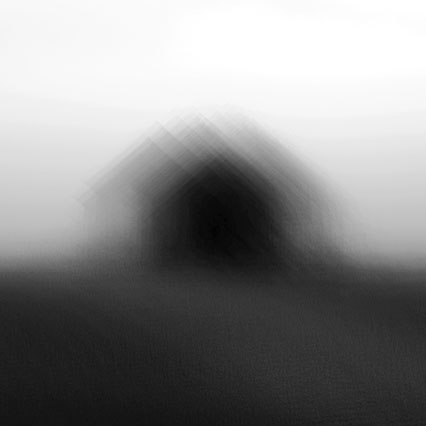 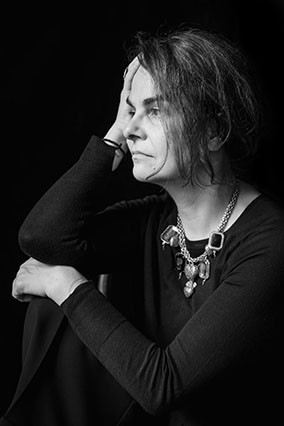 Known for her compelling and sculptural images, Lesia Maruschak is recognized as an influential contemporary photographer manifesting the visual memory of history. Born in Saskatoon (Canada) in 1961, she spent her childhood on the Canadian prairies, land settled by her ancestors in 1897.

Maruschak served for decades as an executive leader in the Canadian government when a leukemia diagnosis changed her life. She turned her attention to art and travelled the world to study and curate Byzantine art. In 2016 she returned to photography, which she had experimented with in her youth. Through her reconnection to image making, and with the profound influence of Peter Lindbergh, she found a unique way to engage in issues relevant to contemporary society while challenging current photographic dialogues.

Celebrated independent curator and educator Monica Allende notes that, “Maruschak’s work reflects on the visual memory of history, and the role of the artist in the decolonization of narratives which are critical issues in photography debate.” Maruschak’s humanist approach and abstract representation of history’s victims sets her apart from other photographers. In her images she privileges each person’s untarnished soul and voice.

Maruschak’s works involve painting, performance, sculpture, book making and film. Her photographs have been exhibited in the United States, Canada, Sweden, Mexico, Korea and throughout Europe. Many of her pieces are included in rare and special collections. Museums holding her works include: the Metropolitan Museum of Art, the Phoenix Art Museum, Stanford University, Athenaeum, Columbia University, Thomas J. Dodd Research Center, and the Library of Congress. She has lectured at conferences such as FORMAT 19 at the University of Derby, UK (2019) and Why Remember? Sarajevo, BA (2019).

Maruschak has an MA and MBA. She spends her time between Alvena and Ottawa, Canada. 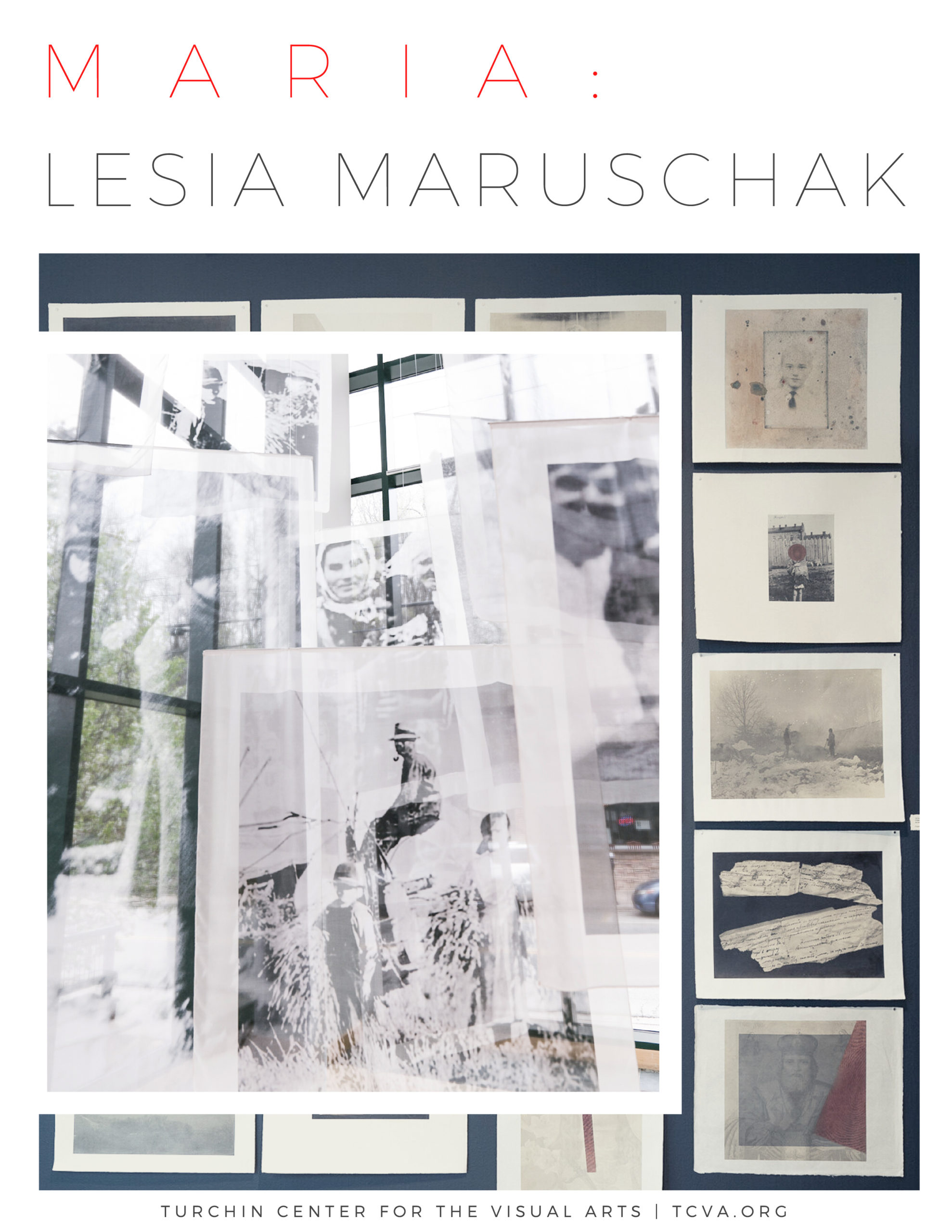