Phil Moody was born in Berwick-on-Tweed on the border of Scotland and England, and currently resides in Rock Hill, South Carolina. In describing his work the artists says, “My work has evolved from a documentary stance, yet is still motivated by the histories of ordinary working people, with a long-held interest in the textile industry in this region of South Carolina. More recent work is made using ‘photograms’ mixed with ‘straight’ photography.” The artist is represented in both public and private collections including Kodak Pharmaceuticals, Bank of America, Alabama Light & Power Co., and B.F. Goodrich. He was the recipient of a 2004 South Carolina Arts Commission Visual Arts Fellowship, a 2001 Charlotte-Mecklenberg Arts & Science Council Project Award, and a 1997 Carnegie Foundation for the Advancement of Teaching – South Carolina Professor of the Year Award.

Textile Towns is a series that has taken the personal histories of South Carolina textile workers as its motivation. These large works creatively explore the issues central to the region’s relationship with the textile industry.

Mr. Moody will keynote presentations during the 2006 Southeast Region of the Society for Photographic Education Conference, to be held in Boone October 13 – 15, 2006. The SPEse 2006 Conference is sponsored by the Department of Technology at Appalachian State University. 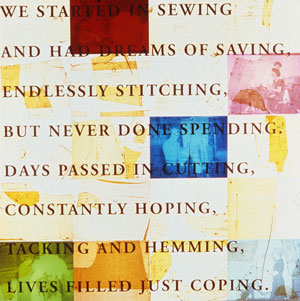 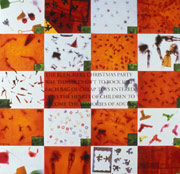