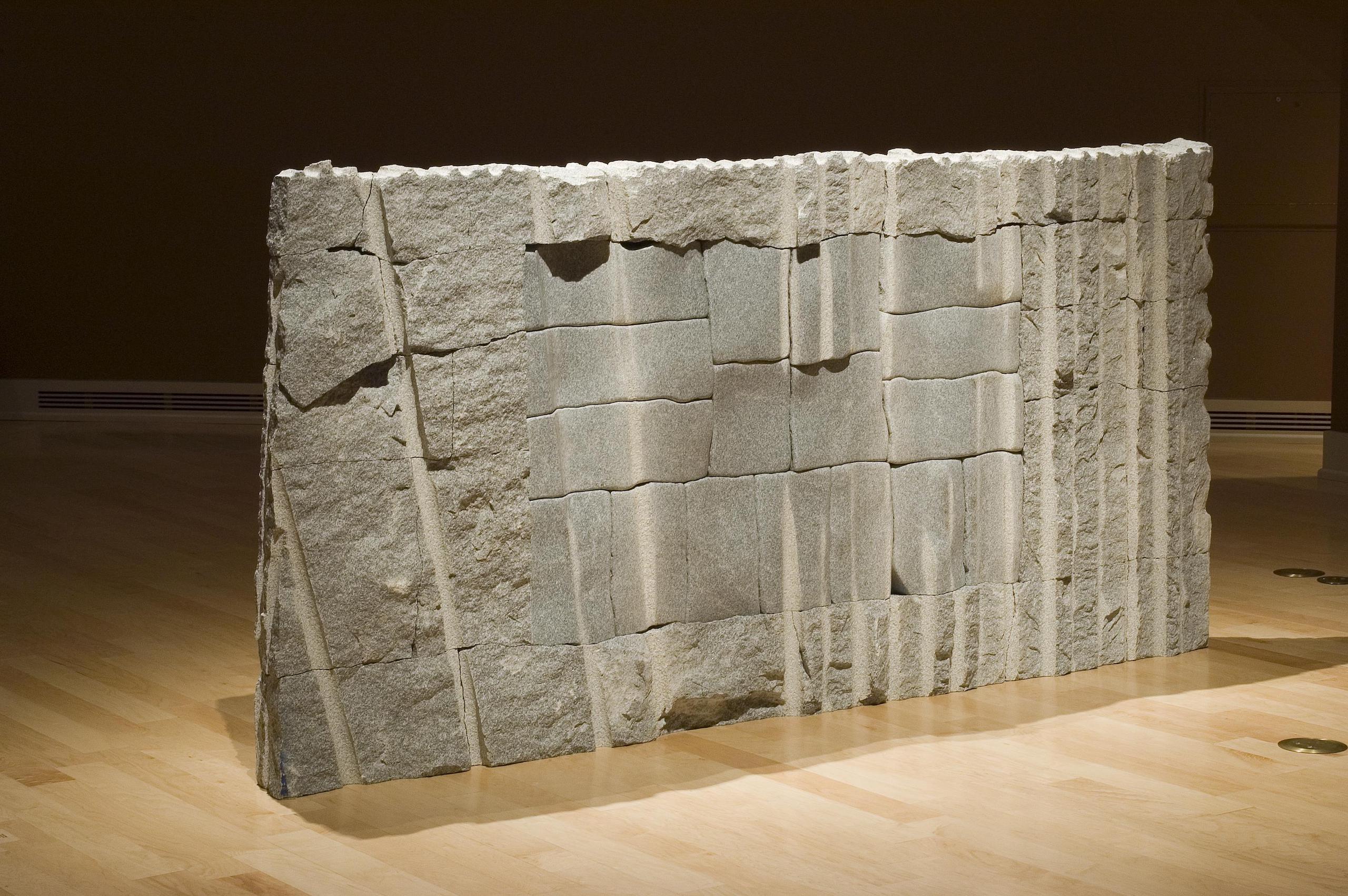 Laura Amussen is a sculptor who uses natural materials “to subtly explore women’s issues and the relationship between life and nature.” A native of California, she is currently an MFA Candidate at the Maryland Institute College of Art, Rinehart School of Sculpture in Baltimore, MD. Her work is informed by her past career in health care, working both in nursing and physical therapy. In a review of her 2003 Honors Thesis Exhibit, the Baltimore City Paper called her work “light-handed mastery [that] demands to be taken seriously.” About her work, Amussen says, “I have personally found art very helpful in sifting through the struggles and chaos of daily life.”

Laura Amussen has had solo exhibitions in Baltimore at the MFA City Gallery, Galerie Francoise Et Ses Freres, Morris A. Mechanic Theatre, and School 33 Art Center. In Washington, DC at the Elizabeth Roberts Gallery, in Wilmington, DE at the Delaware Center for the Contemporary Arts, and in Seattle, WA at Artemis Gallery. She will soon be receiving a wider audience with a solo show in Grand Rapids, MI at the Urban Institute for Contemporary Arts. Amussens sculptures have also been included in several juried exhibitions in galleries throughout Maryland, New York, New Jersey, Hawaii, Nebraska, and Virginia. She is the recipient of numerous awards and honors. Her work has also been featured and reviewed in many publications including Sculpture Magazine, The New York Times, City Paper, The Baltimore Sun, Baltimore Magazine, and The Washington Post.

Samuel Nigro is a sculptor and multi-media artist living in New York and working in the United States and internationally. His work centers on his two distinct and opposing materials: stone and video. His newest stonework is megalithic and totemic, with a meditative, quiet presence. In juxtaposition, the video is flashy, often frantic, and ultimately contemporary in appearance. He thrives on overcoming obstacles, putting himself in unfamiliar physical and mental situations. His simply worked stones are joined with other materials that act as both sculpture and film prop. The stone and props are integrated into a performance that yields a video. The three-dimensional objects are combined with the video to create an installation that functions as a sculptural installation experience and the documentation of an event. In his own words: “I want to create a sculptural space that questions how the space outside us and the space within us create what’s in between, and vice versa.”

Venske and Spänle are collaborative artists who live in, and primarily work in, New York and Munich, but have exhibited elsewhere in the United States and Europe, as well as in Asia, Australia, and South America. The artists work in tandem to carve and create their sculptural enviroments. Elan – the element of surprise – is one of their primary weapons. It’s achieved through respect and understanding of the essential principles of sculpture: weight, mass, surface, texture, iconography, and theater. Noble materials are transformed into comic masses of energy, into forms full of multiple references, both organic and culturally specific.

Their inclusion in this exhibition is based upon their use of ancient material and techniques. However, their perfection sculpted and polished abstract marble forms are far from traditional. Fluid, vital and energetic, their large pieces fill exhibition spaces – often undulating from walls to floors. The finely crafted surfaces are quietly energized with pent-up surface tension. The cold material has been transformed into vital, energetic individuals. Varying in size from 60 to over 250 pounds, the individuals subtly take over a space, and the viewer realizes that they are focusing on individual works afraid to turn their head and miss the inevitable movement.

On Smurfs, the artists comment, “Paralleling the proliferation of a cartoon character seen round the world, small marble creatures multiply and flourish, exhibiting the ability to thrive and take root seemingly anywhere. As the brood migrates the globe some members nest in their new home. The group moves on with new smurphs appearing and still more finding homes. One is tempted to think of the little marble fellows as bothersome pets. All they lack is fur.” 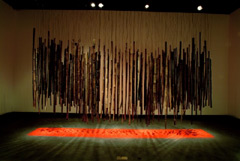 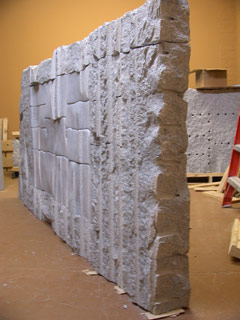 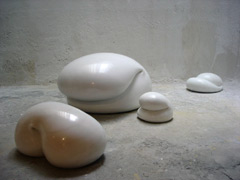 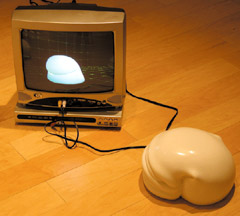