South African History Under Apartheid: A Tribute to Nelson Mandela 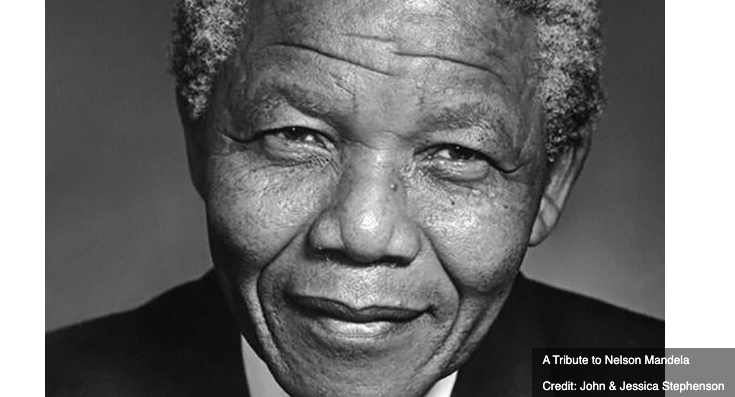 From the collection of John & Jessica Stephenson

“No one is born hating another person because of the color of his skin, or his background, or his religion. People must learn to hate, and if they can learn to hate, they can be taught to love, for love comes more naturally to the human heart than its opposite.”

Nelson Mandela led the struggle to replace the apartheid regime of South Africa with a multi-racial democracy. Imprisoned for 27 years, he went on in 1994 to become his country’s first black president. The linked exhibitions “Graphic Resistance: Anti-Apartheid Political Posters” and “Nelson Mandela (1918 – 2013): Before Prisoner, Beyond President” present photographs, prints and posters in honor of Nelson Mandela’s passing while documenting the role played by photography and printmaking in the anti-apartheid movement. The exhibitions open with an introduction through image and text to the history and tenets of the apartheid system in South Africa.

The exhibit “Nelson Mandela (1918 – 2013): Before Prisoner, Beyond President” features vintage press and art photographs by notable photographers, along with memorabilia celebrating the life of Nelson Mandela. The photographs document Mandela’s early years as student, husband, boxer, lawyer, and anti-apartheid activist leading up to his imprisonment in 1963, and then resume in 1990 after Mandela’s release, his election to president and subsequent rise as international statesman and humanitarian.

In “Graphic Resistance: Anti-Apartheid Political Posters’ we see facsimiles of vintage posters created between the 1960s and 1990, the decades during which Mandela was imprisoned. Most of these posters were created by artist collectives from within South Africa in the face of enormous odds, since many of the images – a portrait of Nelson Mandela or the colors of the illegal ANC political party – were banned. The selection of posters seen here captures the spirit of the anti-apartheid movement: their colors, images, and messages are explicit, loud, and strong. Since print media was controlled by the apartheid state, these posters offered banned groups alternative means through which to depict the struggles of the present and hopes for a better future, which were finally realized in 1994.

An additional display explores events in North Carolina race history that parallel events in South Africa. Focusing on the role of the Klu Klux Klan in North Carolina, and specifically race relations in Greensboro, NC, this section culminates in the 1979 Greensboro massacre, when 5 unarmed protesters against the Klan were murdered – leading to the formation of a truth and reconciliation commission modeled on that of post apartheid South Africa. Attention to the parallels in the history of South Africa and the United States reveals some surprising and disturbing connections.

John W. Stephenson is an assistant professor of Art History in the Department of Art at Appalachian State University. He received a doctorate in ancient art history in 2006 from Emory University, with a specialty in the domestic architecture of late Roman Spain and Portugal. His interest in South Africa began in earnest after meeting his future wife Jessica, a South African, in the art history program at Emory, and with travel to South Africa he has become further engaged with the fascinating and troubled history and culture of the nation. Stephenson has studied and traveled in North Africa, including excavation at the site of ancient Carthage in Tunisia. His published papers include ‘The Column of Trajan in the light of Cartography and Topography’ in the Journal of Historical Geography, ‘Villas and Aquatic Culture in Late Roman Spain,’ published by Brill, and ‘Veiling the Late Roman House,’ in this Spring’s issue of Textile History.

Jessica Stephenson is Assistant Professor of Art History in the School of Art and Design, Kennesaw State University, Georgia. A native South African, Dr. Stephenson studied art history and anthropology in South Africa before coming to Emory University to complete a doctorate in contemporary African Art History. As Curator of African art at the Michael C. Carlos Museum she curated a number of exhibitions including Divine Intervention: African Art and Religion before leaving curation to focus on teaching. Her research specialty is the emergence of African art forms in contexts of rupture and change; art, heritage and tourism and; the history of museum collecting and display. These issues inform her work with rural art collectives in Botswana and South Africa. Her most recent publication is “Mirror Dance: Tourists, Artists, and First People Heritage in Botswana” in the edited volume The Anthropology of Art/The Art of Anthropology, Newfound Press, 2013 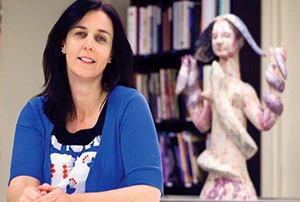