The Broken Fragments of My Heart: Rachel Stevens 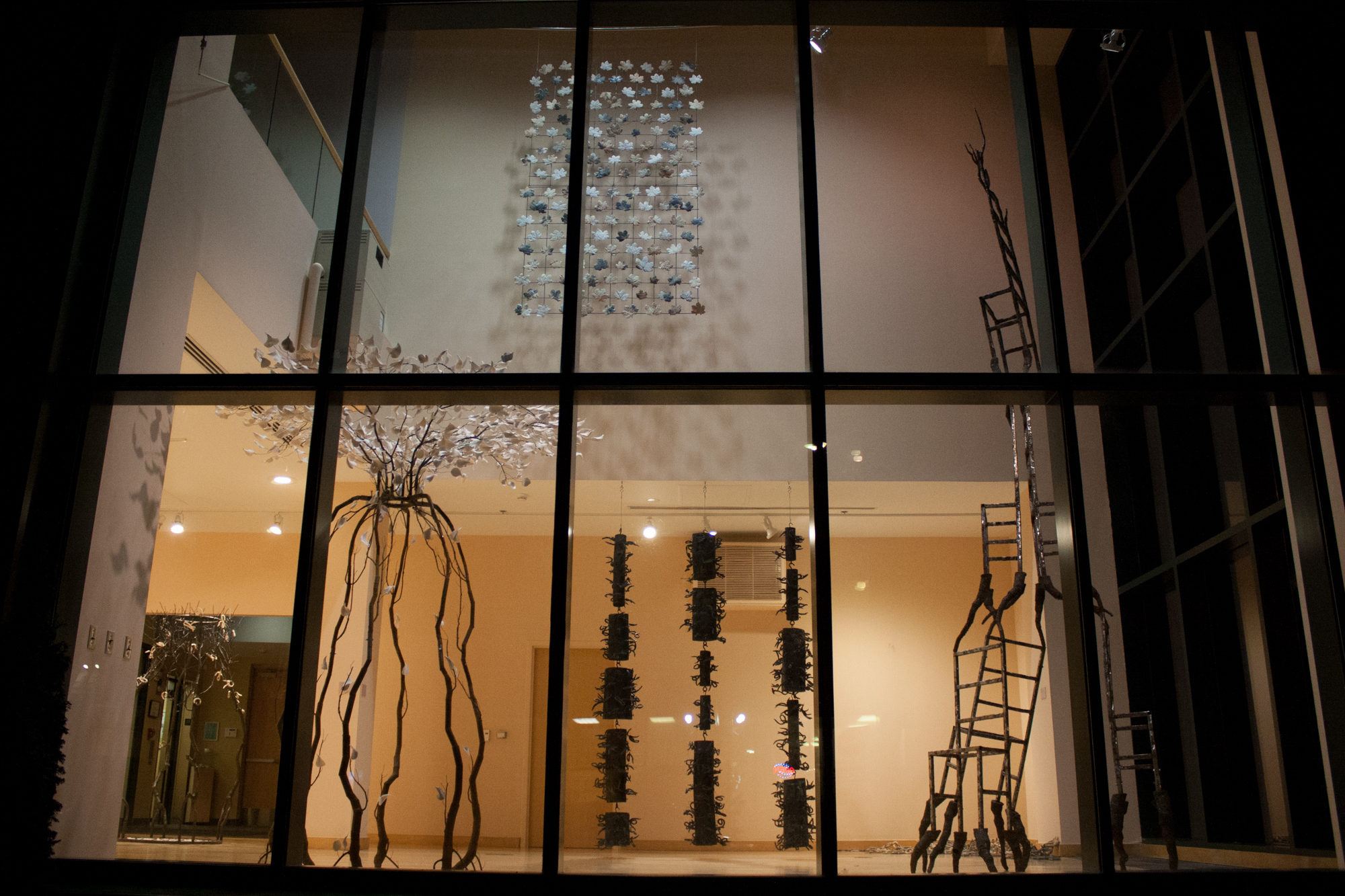 The Broken Fragments of My Heart: Rachel Stevens in the Mayer Gallery

During the Holocaust in western Ukraine, Rachel Stevens’ cousin, Lorenz Kleiner, fought the Nazis as a partisan in the forest. His Polish comrades did not know that he was Jewish. Lorenz hid his identity, as he surely would have been killed by the men who served with him.

When Stevens conceived of this series of sculptures she imagined the forest as a sanctuary. However, she soon learned that the Ukrainian landscape’s deep ravines and plush earth were the site of countless mass graves. More than a million people were shot in these otherwise bucolic landscapes. This relatively unknown tragedy is called the “Holocaust by Bullets.” 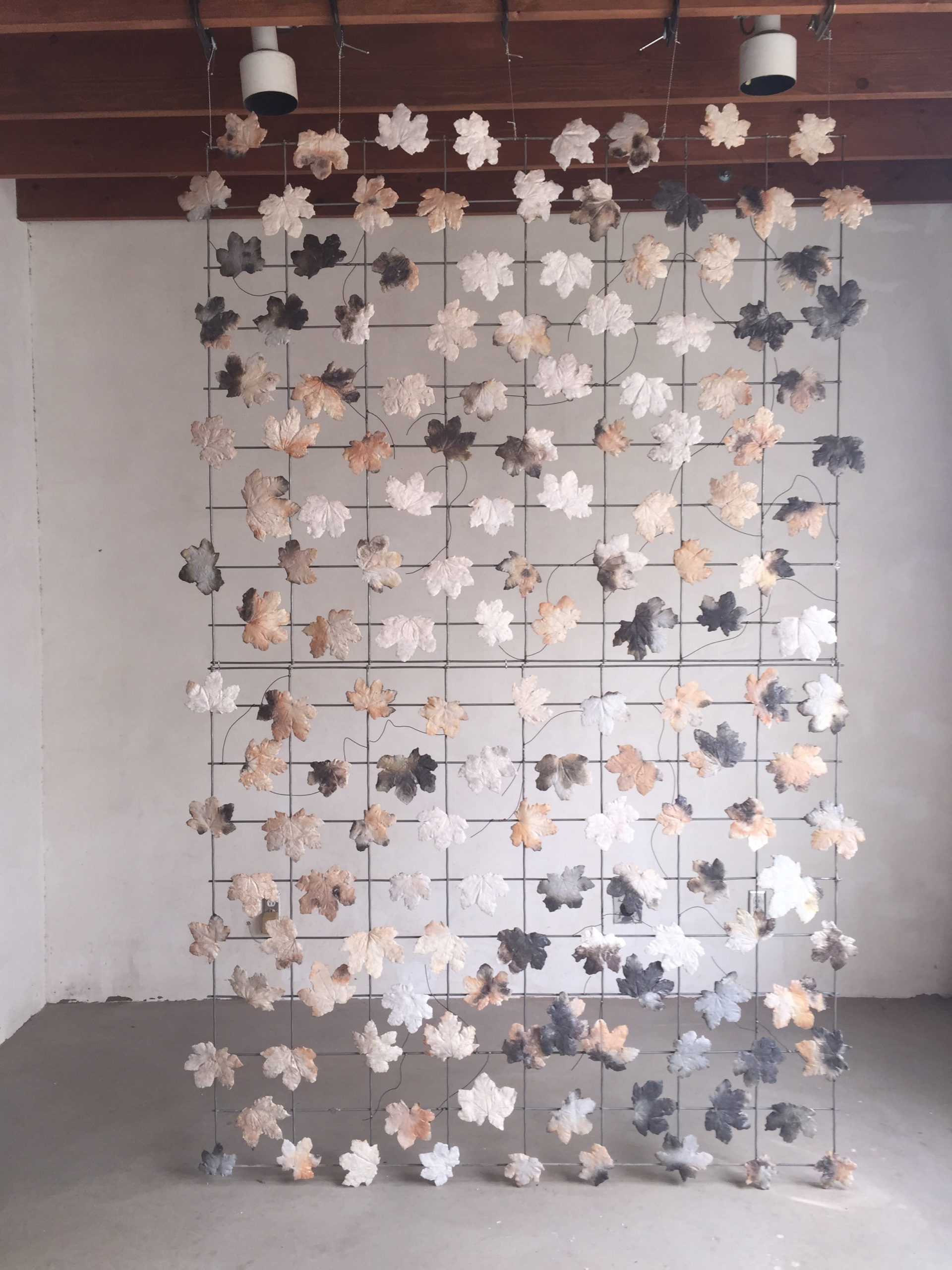 Rachel Stevens; Up is East; steel and porcelain; 2015 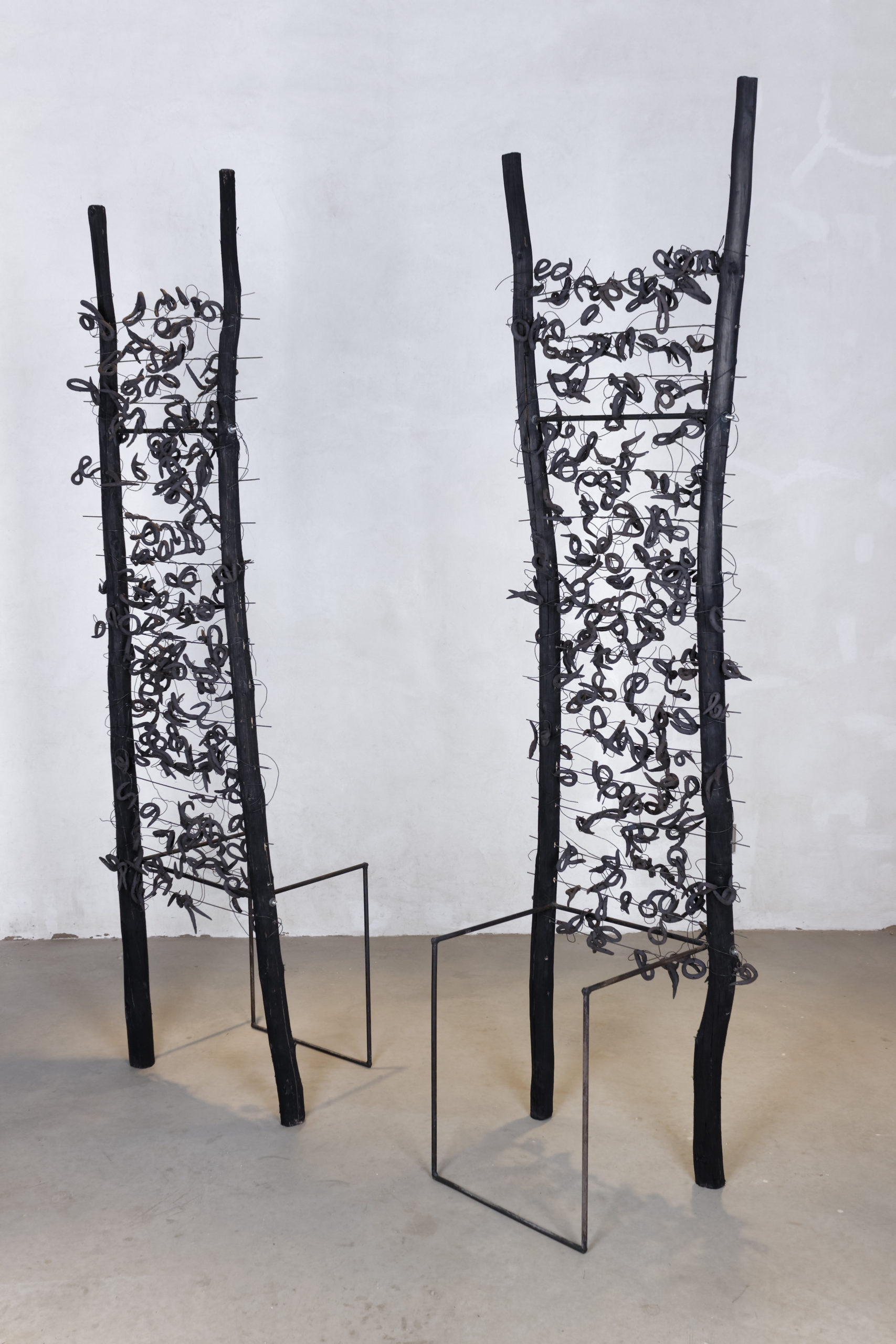 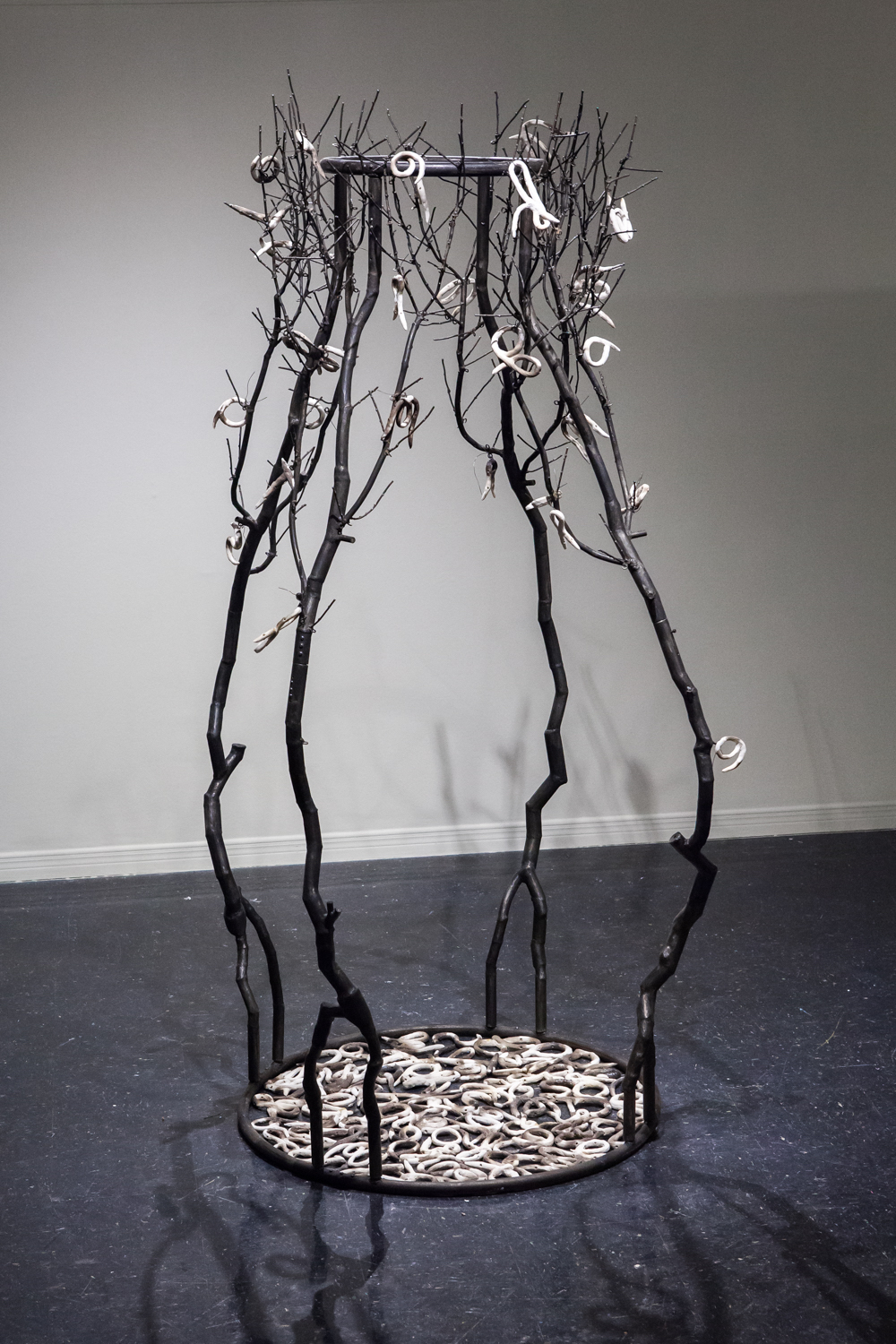 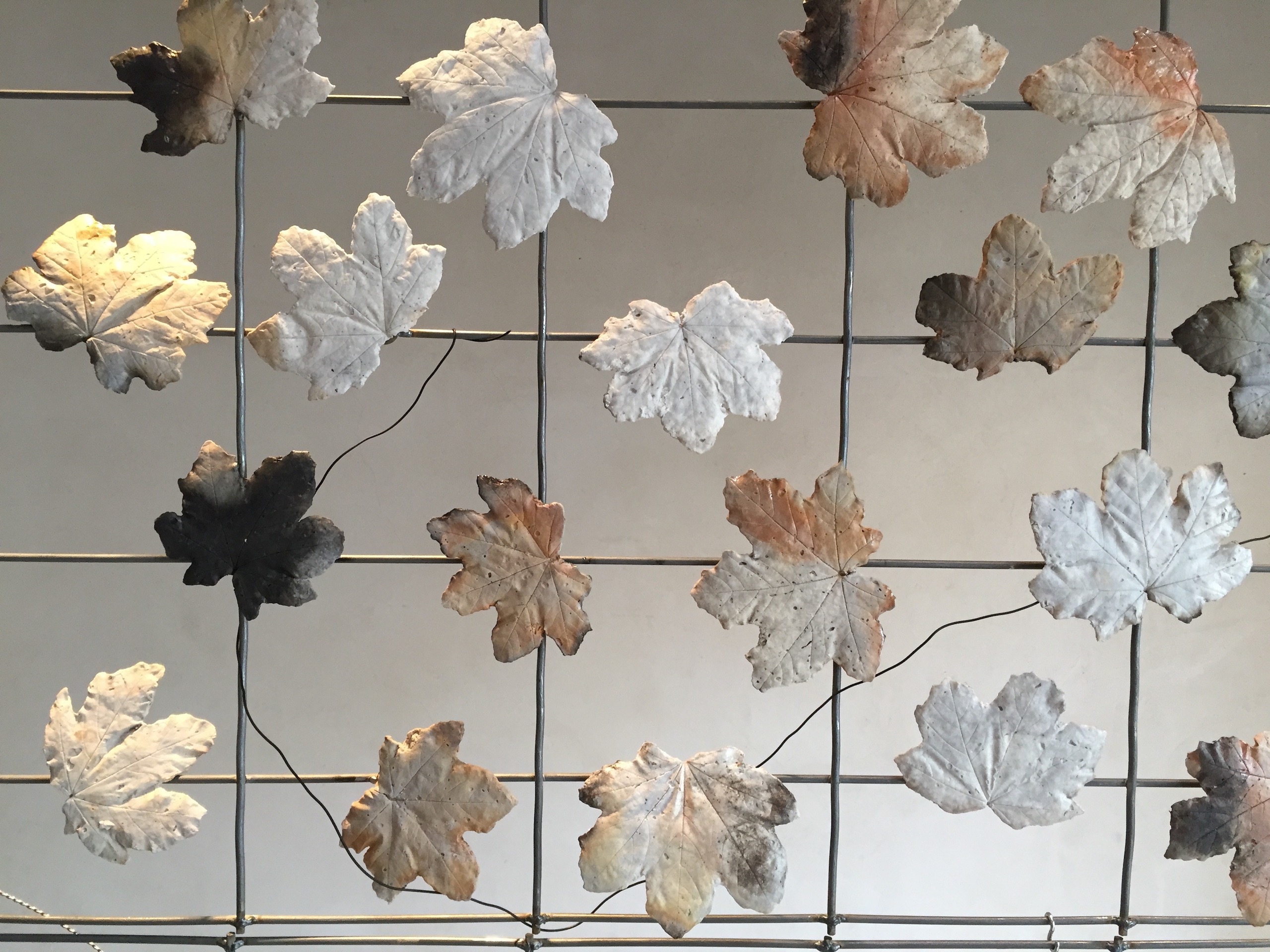 Rachel Stevens; Up is East (detail); steel and porcelain; 2015 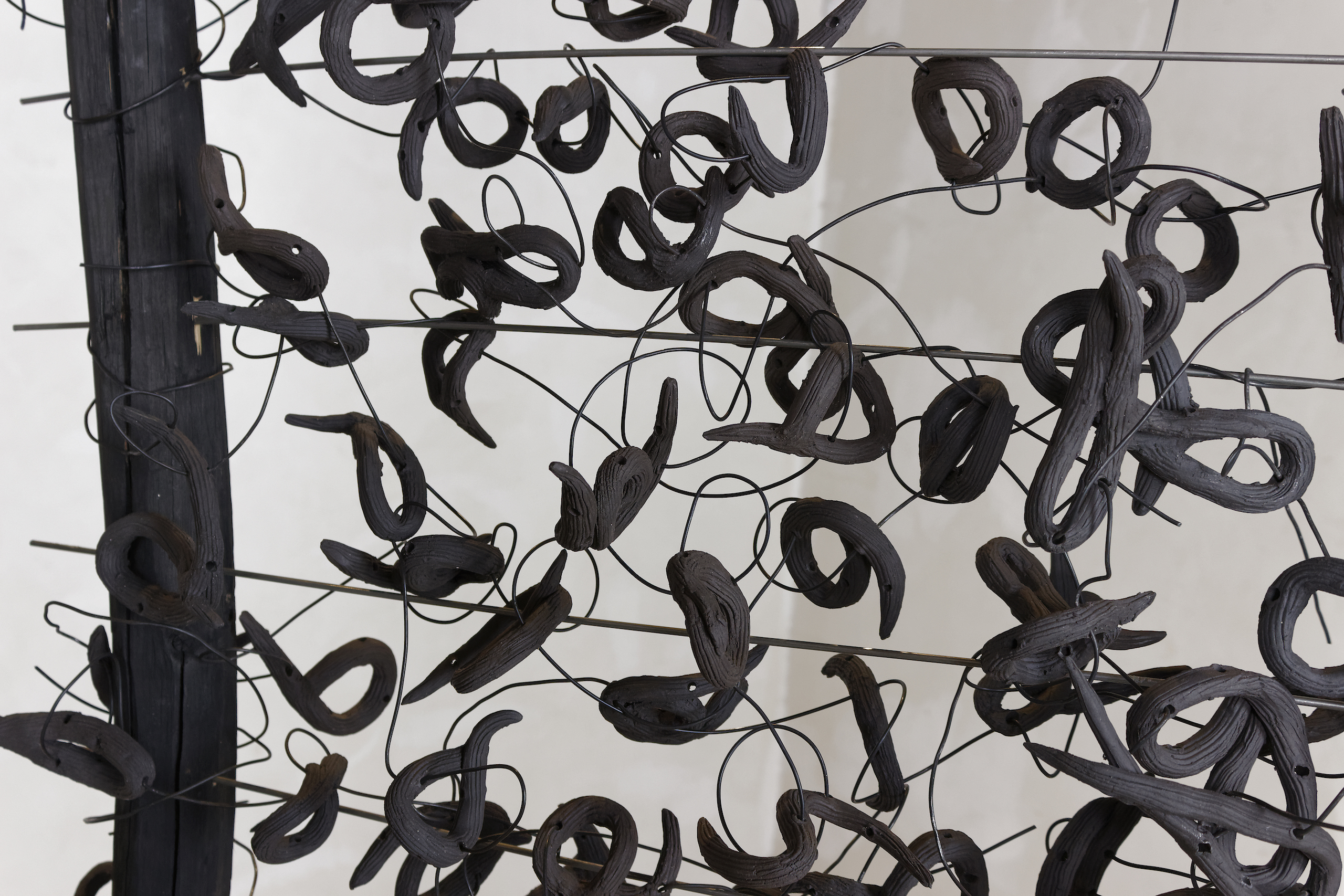 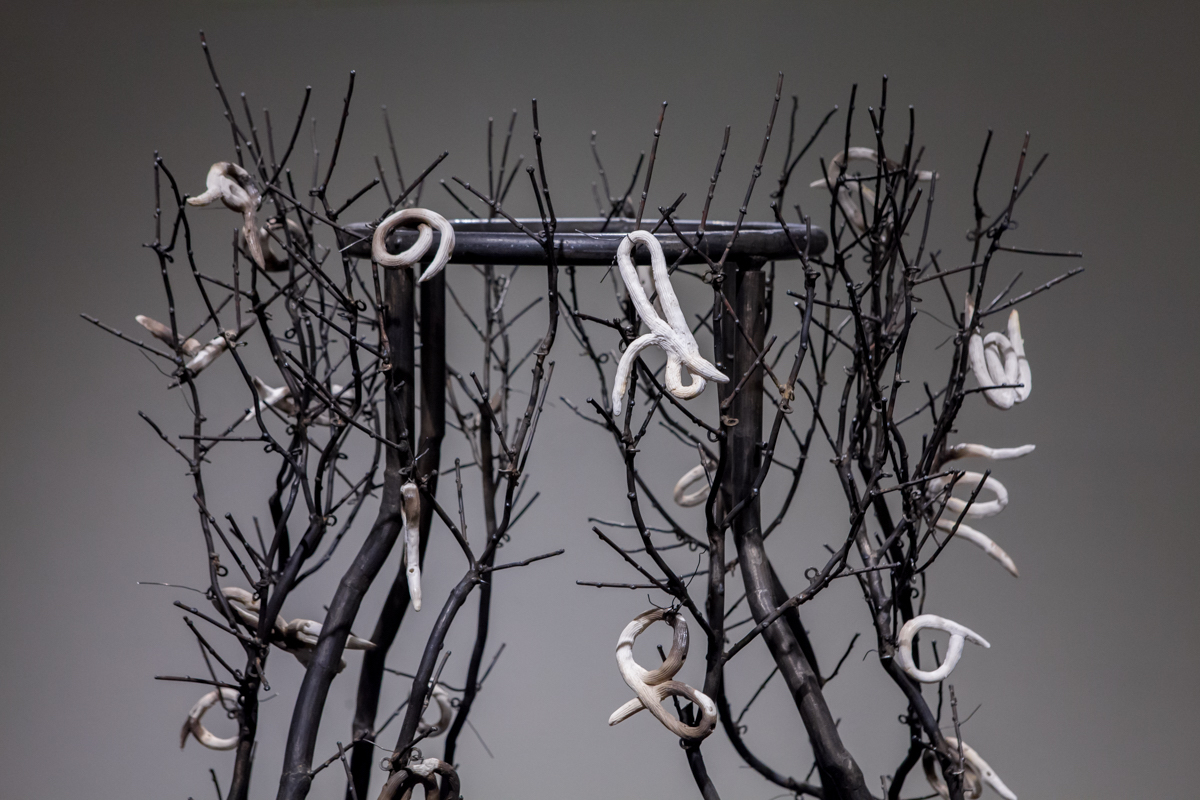 Stevens’ exhibition’s title comes from a quote by Rabbi Yehuda Hechasid, which states: “I will build an altar from the broken fragments of my heart.” Hechasid was a pious, medieval-era Rabbi. Stevens’ sculptures contain fragments of leaves, branches, and words. The words quote Holocaust survivors, many of whom found grim safety in dense forests. Their testimonies and prayers are revealed as ceramic letters emerging from wood, steel, and the earth itself. The Rabbi’s life-affirming quote suggests renewal in the face of destruction, echoing the emotion that Stevens seeks to convey in this very personal work. 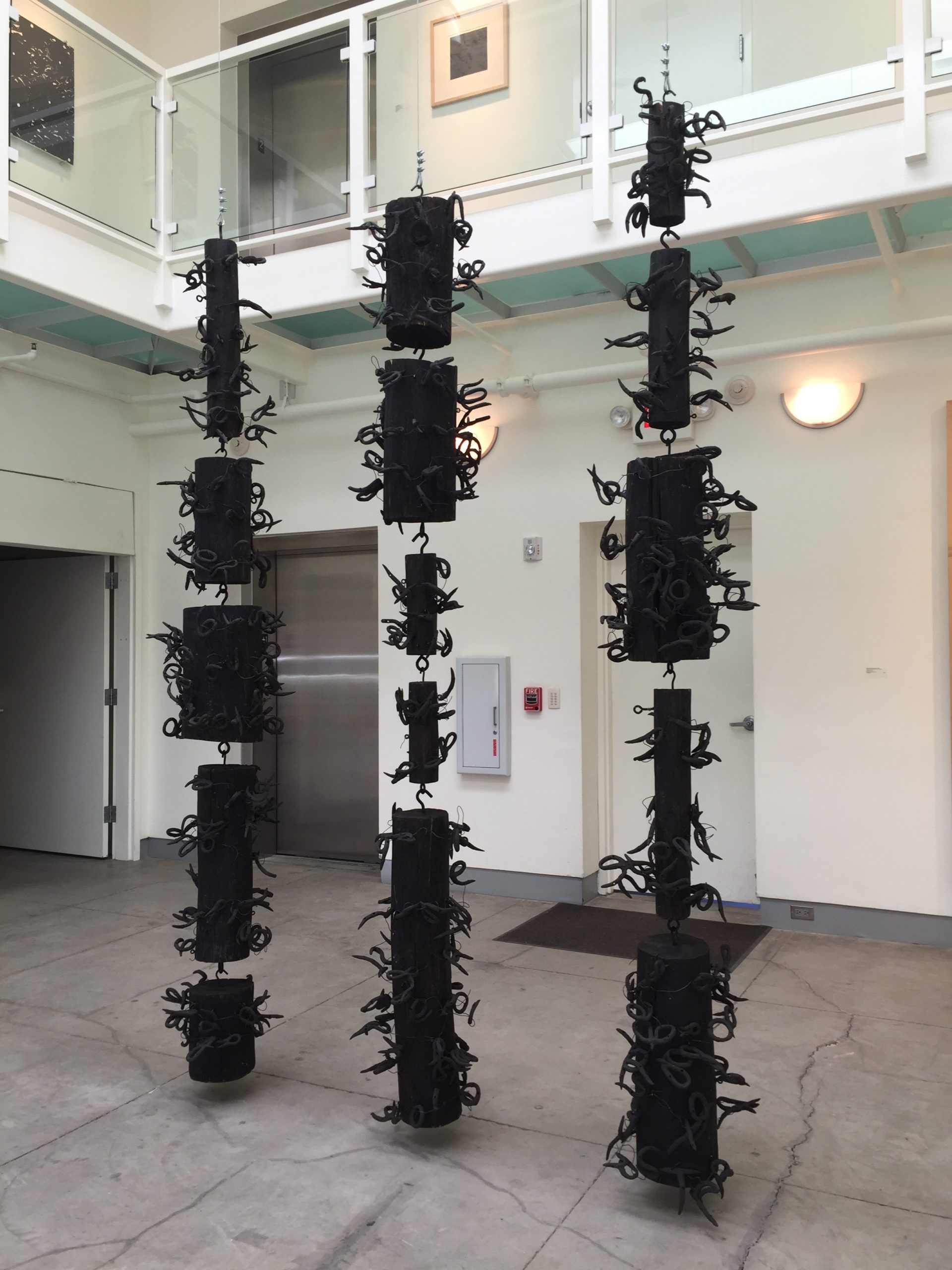 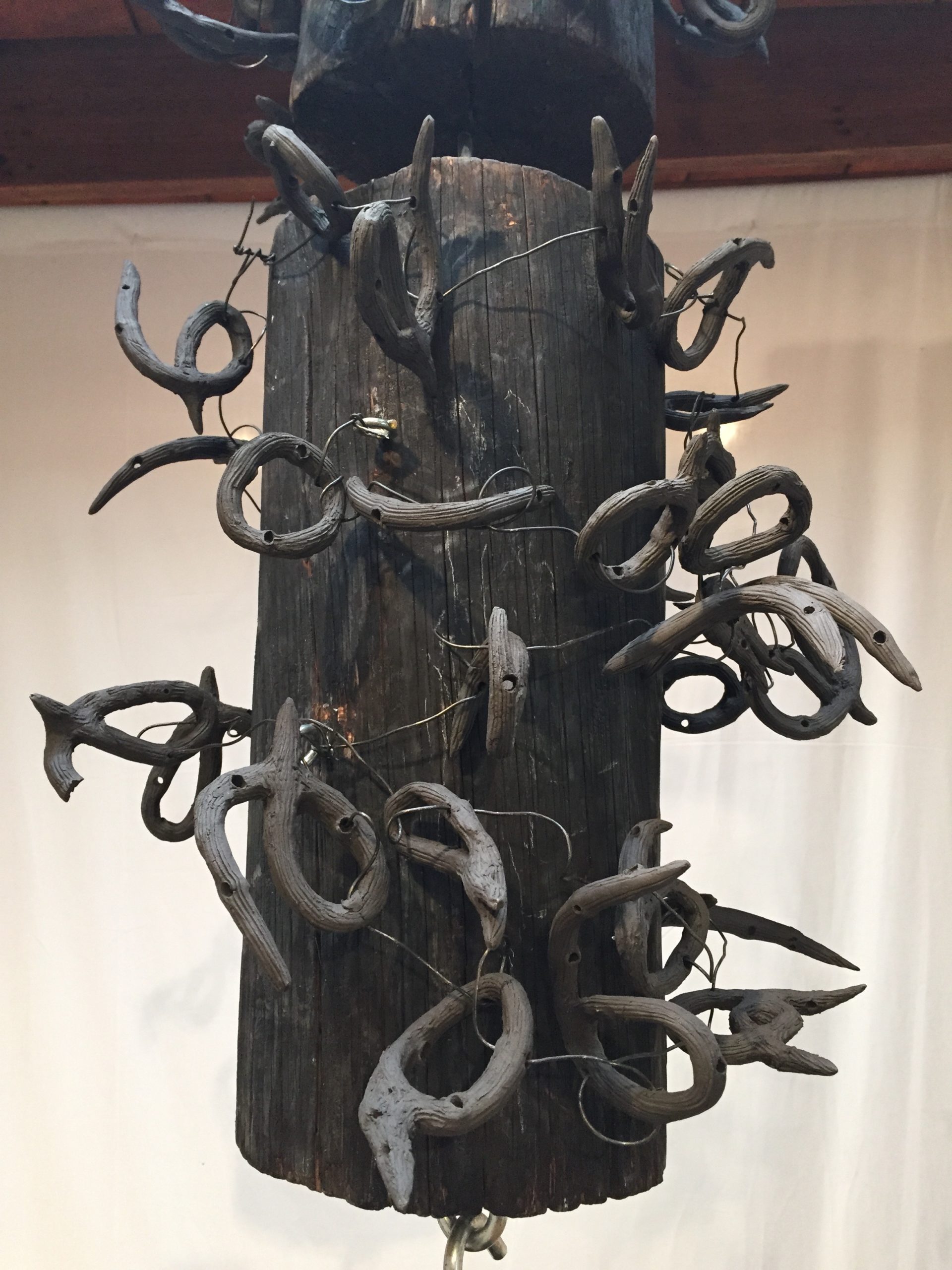 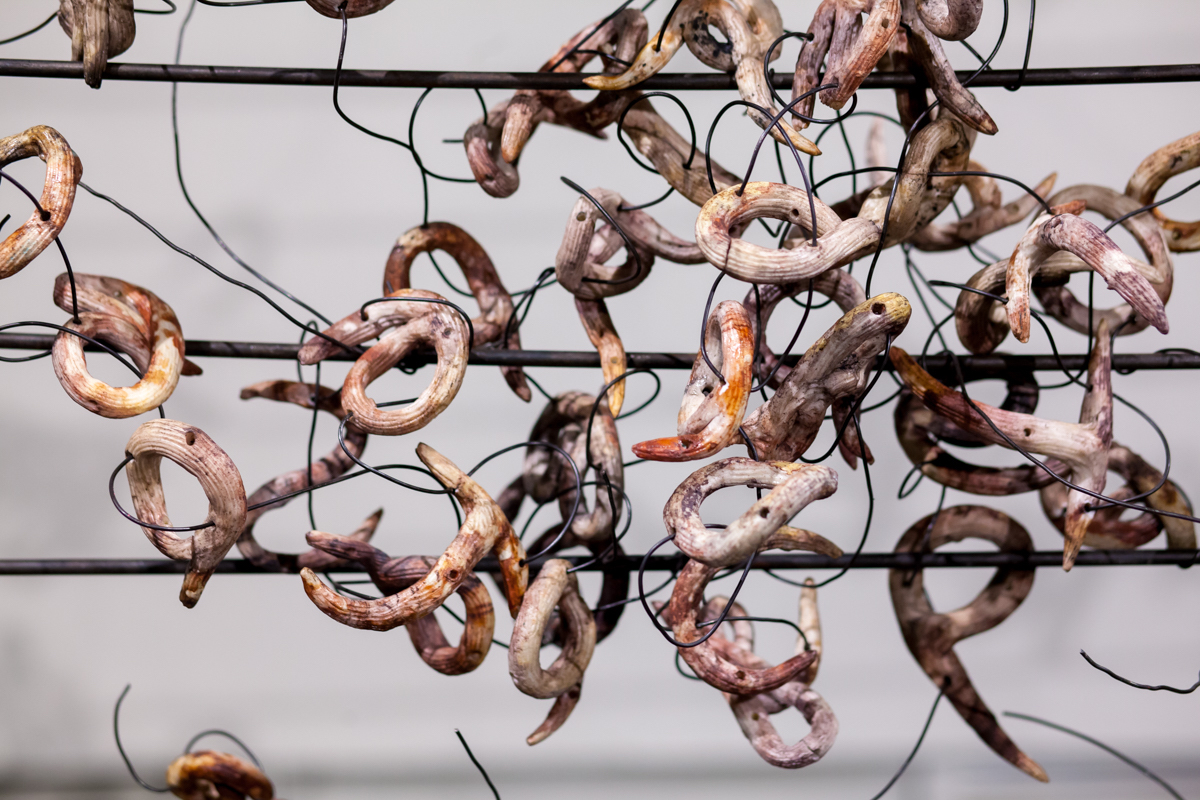 Rachel Stevens is a Professor of Art at New Mexico State University where she has taught sculpture since 1994. She spent the better part of last year (2017-18) on a Fulbright Scholarship in Ukraine where she completed a new exhibition, A Key to the City: Three Ways of Visualizing Jewish Heritage in Lviv. Stevens’ proposal was an artistic embodiment of the Hebrew term” tikkun olam” often translated as a call to repair the world. The exhibition was sponsored by Fulbright Ukraine, the Council for International Exchange of Scholars and the Center for Urban History of East Central Europe. In 2006 Stevens received her first Fulbright to study in Nepal where she collaborated with Newari Buddhist icon makers to learn the art of ancient copper casting. Stevens exhibits her sculpture internationally and is the recipient of numerous grants and awards including a Pollack-Krasner Foundation grant, and several artist-in-residences through the Ucross Foundation and the Santa Fe Art Institute.