Ukiyo-e: Pictures of the Floating World; Japanese Woodblock Prints from the Collection of Dr. Margaret Polson 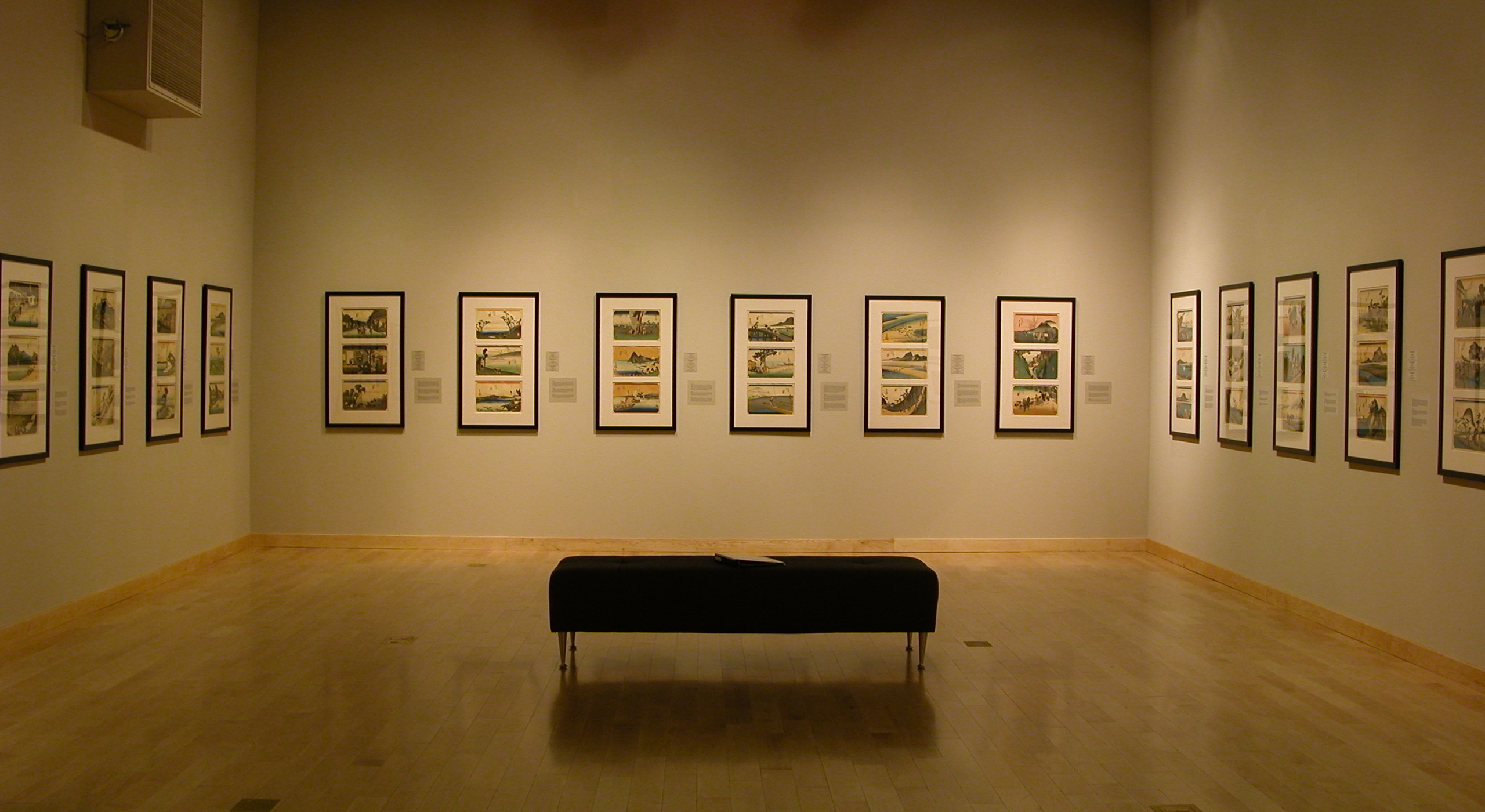 This exquisite collection of wood block prints is the newest addition to Appalachian’s Permanent Collection, a generous gift from Dr. Margaret ‘Peggy’ Polson, a long time faculty member of Appalachian who is retired and currently lives in Iowa City, Iowa.

The art of ukiyo-e, or “pictures of the floating world”, originated in the metropolitan culture of Tokyo during a time when shoguns ruled Japan’s political and military arenas, and Japan was largely isolated from cultural influence from the outside world. It was in this context that Ando Hiroshige (1797-1858), the featured artist in this exhibition, rose to prominence as an artist of wood block prints. Born in Tokyo, Hiroshige’s skills as an artist were recognized by his elders at a tender age, when at just 10 years old, he created sketches of the Loochoo Islands’ naval mission. He was particularly skillful at drawing realistic scenes of famous vistas. In 1821, Hiroshige went to Kyoto from Tokyo on the “Tokaido Highway” and during his travels he was so impressed with the scenic views that he saw that he vowed to draw the scenery. He planned and created an ambitious series of prints entitled, 53 Stations Between Tokyo to Kyoto. It was this very work that brought him into prominence and continues to bring him acclaim. The works on display at the Turchin Center present us with an excellent overview of this print genre, and assist us in learning more about this historically important artist.

Framing for the works in this exhibit was made possible with gifts from Dr. Polson, and Pam and Mike McKay, of The Art Cellar in Banner Elk, NC. 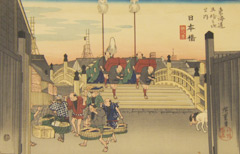 Ando Hiroshige (1797-1858) is especially recognized for his wood block prints known as “Ukiyo-e” of “pictures of the floating World.” He was born in Tokyo and his skill at drawing was recognized from an early age. At the age of 10 years old, he surprised his elders with sketches of Loochoo Islands’ Mission. He aspired to be an artist of “Ukiyo-e” and once tried to enter into Toyokuni Utagawa sect but was refused admittance. He then studied under Toyohiro Utagawa, and later he created his own Hiroshige sect. He was particularly skillful at drawing realistic scenes of famous vistas. In 1821, Hiroshige went to Kyoto from Tokyo by an unofficial order of the Shogunato to see and draw the ceremony of offering a horse to the Empire. He was so impressed with the views that he saw at each station of “Tokaido Highway” or “The Road Between Tokyo or Kyoto” that he vowed to draw the scenery thereafter. He immediately planned an ambitious series of prints of the 53 Stations between Tokyo to Kyoto. It was this very work that brought him into prominence and continues to bring him acclaim.