I visited and fell in love with Hickory Nut Gap Farm, in Fairview, North Carolina, while chaperoning my daughter’s preschool field trip there in 2004. I was astonished by the beauty of the house and the site and felt right away that the old inn, nestled just below the eastern continental divide in the Blue Ridge Mountains, had a sense of intactness and continuity with its past that was rare and notable. The strength of that sensation, plus the view from the porch, made me certain from the start that I wanted to come back and photograph.

Apparently my reaction was similar in some ways to that of Jim and Elizabeth McClure’s in 1916, when, while honeymooning in the Asheville area, they came around a bend in the road at the bottom of the pasture and, looking up to the ridgeline, saw the old inn for the first time. The story goes that they turned to one another and said in unison, “This is the place for us!” They parked the Hudson at the porch (the old road passed right by the front of the house) and asked the owner, then and there, if he would sell them the house. 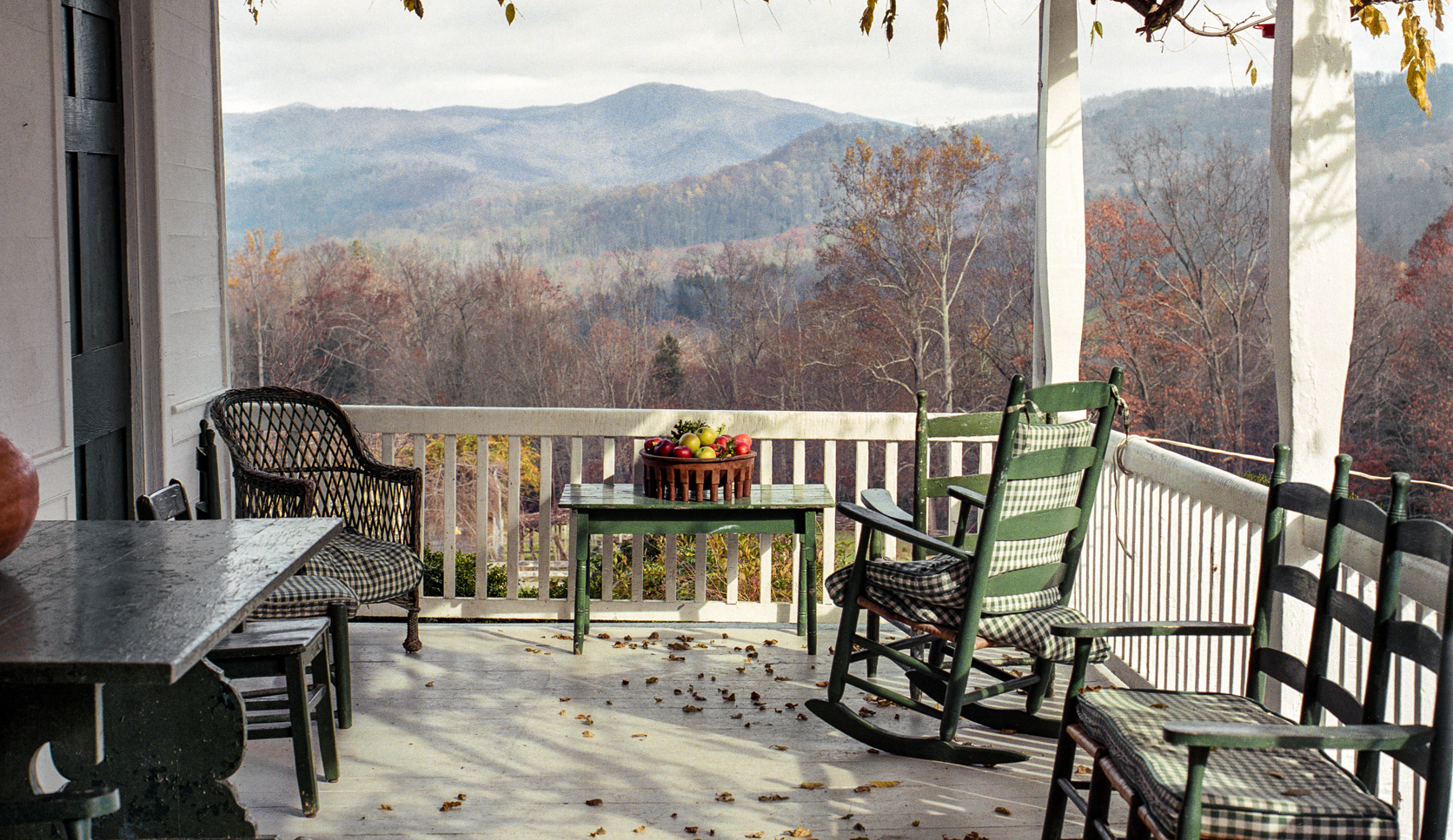 Jim was a Yale and Oxford educated Presbyterian minister, from a line of similarly distinguished forebears, and Elizabeth was a painter, who’d studied in France prior to World War I, and in a letter to her cousin once reported that she and the other students could walk from their classroom in Giverny into the fields adjacent and watch as Claude Monet painted the haystacks.

It’s a great story and continues through the generations following, with the founding of the Farmers Federation and the Lords Acre program, which were important cultural and economic engines in Western North Carolina that Jim and his brother in law founded in the early 1920s; through the lives of Jim and Elizabeth’s daughter and son in law, Elspeth and Jamie Clarke, and Jamie’s career in the U.S. House of Representatives; and into today in organic farming and natural meats production, with the family businesses, Hickory Nut Gap Meats and Flying Cloud Farm, as well as multiple roles in politics and community affairs.

Following my initial visit, I photographed at the farm for a period of five years, visiting a couple of times a month. As I worked I learned more of the history of the house and family; Elizabeth had painted murals in one of the house’s rooms depicting its story prior to their arrival, and much of the history since was still present in the furnishings and on the walls and shelves; all of it glowed like the coals in the its many fireplaces, filtering the light with a warm glow like the patina on an old bronze.

Over the years I spent working on this project I struggled some with what I realized was the easy beauty of the place, which felt like a gift, but which I also knew was not in line with the gritty reality of what is frequently thought of as important subject matter for art. But, I couldn’t deny the fullness the place offered, and my sense that somehow this experience, too, was true and important. Life spent in connection and service to land and place, with respect and appreciation for natural beauty and the beauty of people in community, was a useful life. Elizabeth wrote in one of her letters to Jim prior to their marriage, “Everybody wants beauty — it seems always to quicken your sense of being alive and that means happiness and peace and a blessed conviction that you are really necessary in the scheme of things.” 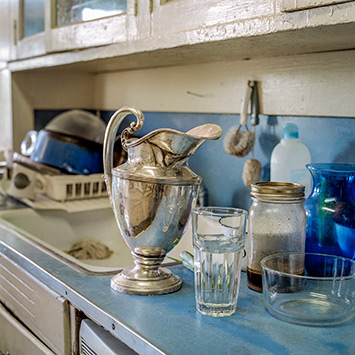 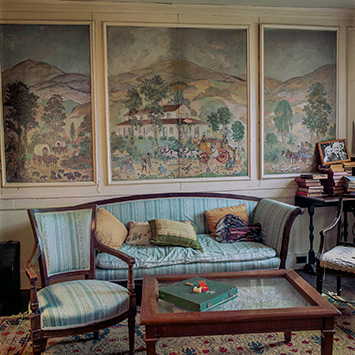 Ken Abbott grew up along the front range of Colorado, and received his MFA in photography from Yale University in 1987. He was the principal photographer for University of Colorado at Boulder for fifteen years. He now lives with his family in Asheville, North Carolina, and received an NC Arts Council Fellowship Award for his photography at Hickory Nut Gap Farm, in 2006. Useful Work: Photographs of Hickory Nut Gap Farm, was published in 2015 and is his first book.