Wayne Trapp, A Life in the Arts

Wayne Trapp was an enigmatic artist; some would say a Renaissance man – the consummate artist who does a bit of everything, always executing his chosen craft well. He had an insatiable curiosity, not only for art but also for, well; everything that life offered. With his pipe clenched between his teeth, he never stopped making marks—in his journals, on art paper, on canvas, in bronze, in stone and in steel. He collected cars, good wine, conversation, read Nietzche and was always up for the next adventure. He wrote: “My sense of design and my curiosity of how things are made is as innate to me as eating and breathing. The lines and elements of light fixtures, pepper mills, skyscrapers, bar stools, writing instruments—virtually all things human made—hold intrigue for me if their designs shout form and function.” Trapp made his first sculpture at the age of nine and didn’t stop producing art until his death in 2016. He had a rich life; he served in the Army; went to art school in Pittsburgh, while driving a cab to make money; spent a short time as an art director, something, he claimed, turned him into a self-described “hippie;” and then worked as a farmer – and finally a sculptor.

The exhibition at the Turchin Center features a variety of Trapp’s creative work: paintings, drawings in pencil and ink on paper and intimate sculptural forms in bronze and steel. 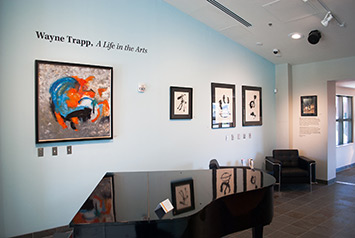 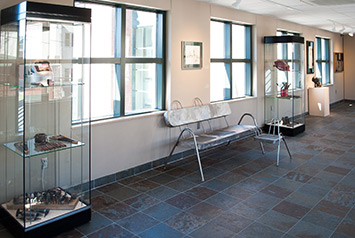 Wayne Trapp’s profound creativity and exacting expectations made him a significant and influential artist. He would have said that the reason his work mattered was because: “I kept at it.” As a result, his work spans creations from secular to religious sculptures and from humble drawings to massive paintings. Some works took a few minutes to create and others took years; few failed their purpose of being his vision.

Trapp understood the history of art, reworked current methods and media, recognized how he could push modern concepts to their limits, literally ruined his body in pursuit of the perfect interpretation of stone, iron, and steel, pushed himself to new approaches in painting and offered merciless critiques of others because he demanded nothing less than perfection from himself. 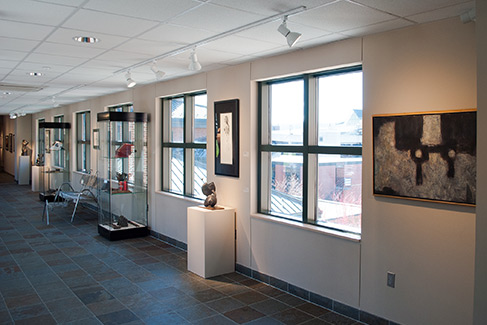 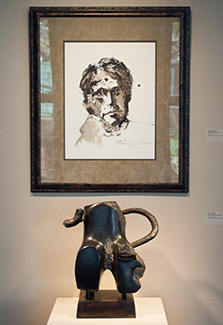 Trapp the sculptor worked in stone and steel for years, creating lavish–even colossal–outdoor pieces for corporate clients and smaller more particular pieces for his private clientele. His hands, his shoulders, were sore and sensitive – the scars of sculpting, but he could no more give it up than he could give up breathing. In his later years he avowed that he sculpted only by commission, but if a fine piece of stone presented itself or a flash of metal caught his eye or a woman turned her head just so, or if the moon is right, well… the dance began.

Trapp the painter, emerged full-blown from the stone carver, took what he could not say in bronze and marble and let go with it in oil and ink on canvas and paper. His oils deliver to the eye a feast of color and stroke saturated with childlike curiosity and adult confidence. Not for the meek, his work aims at the alive and well, begging appetite, thirst, and desire. His fabled nudes in ink and wash on handmade paper are simple lines curving and soaring to become women of sophistication and style, women with secrets, women known or he would like to know.

With unbridled energy and an insatiable passion for everything that crossed his path, Trapp forever saught interchange, new ground, and a good time. 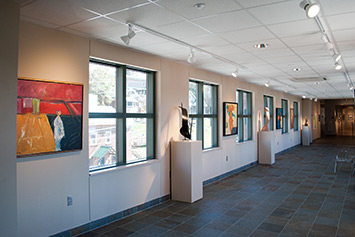 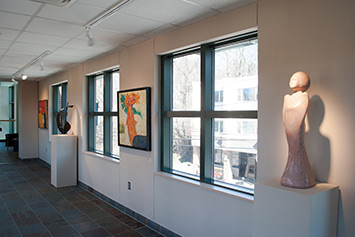