We Are the Music Makers!

We Are the Music Makers! will feature photo documentation of Southern Roots musicians active in the past 20 years, all photographed by Tim Duffy in his quest to preserve Southern traditional music by partnering with the artists who make it. This is a special exhibition in partnership with the Turchin Center, Arts and Culture Programs and the Music Maker Relief Foundation.

Visit the We Are the Music Makers! website for more information about the traveling exhibition, book, album and other programing.

This exhibition is featured as part of An Appalachian Summer Festival and will be on view at The Schaefer Center for the Performing Arts in the Smith Gallery hours: Monday through Friday from 10am to 5pm and during festival events.

Music Maker Relief Foundation, a 501c3 non-profit, was founded to preserve the musical traditions of the South by directly supporting the musicians who make it, ensuring their voices will not be silenced by poverty and time. Music Maker assists artists directly with emergency aid and career support, while giving future generations access to their heritage through documentation and performance programs. Since their founding in 1994, they have assisted and partnered with over 300 artists, issued over 150 CDs and reached over a million people with live performances in over 40 states and 17 countries around the globe.

Tim Duffy has been recording and documenting artists since the early age of 16, when he became interested in ethnomusicology. After earning a BA from Friends World College and MA from the Curriculum in Folklore at the UNC, Tim and his wife Denise founded Music Maker in 1994 to assist traditional musicians in need. Tim works very closely with partner artists on a daily basis while also overseeing program operations. For his work with Music Maker, Tim was recognized by ABC Evening News as the “Person of the Week” in April 2004 and was voted Living Blues Producer of the Year in 1999. Tim has also received honors from National Resophonic Guitars and the NC Folklore Society. Since Music Maker’s founding, he has produced more than 151 albums, produced two films, and has presented dozens of traditional Southern musicians at prestigious venues around the world. 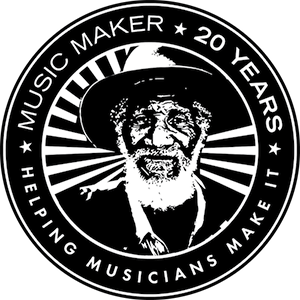 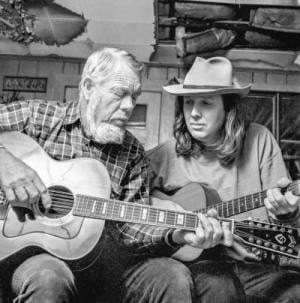