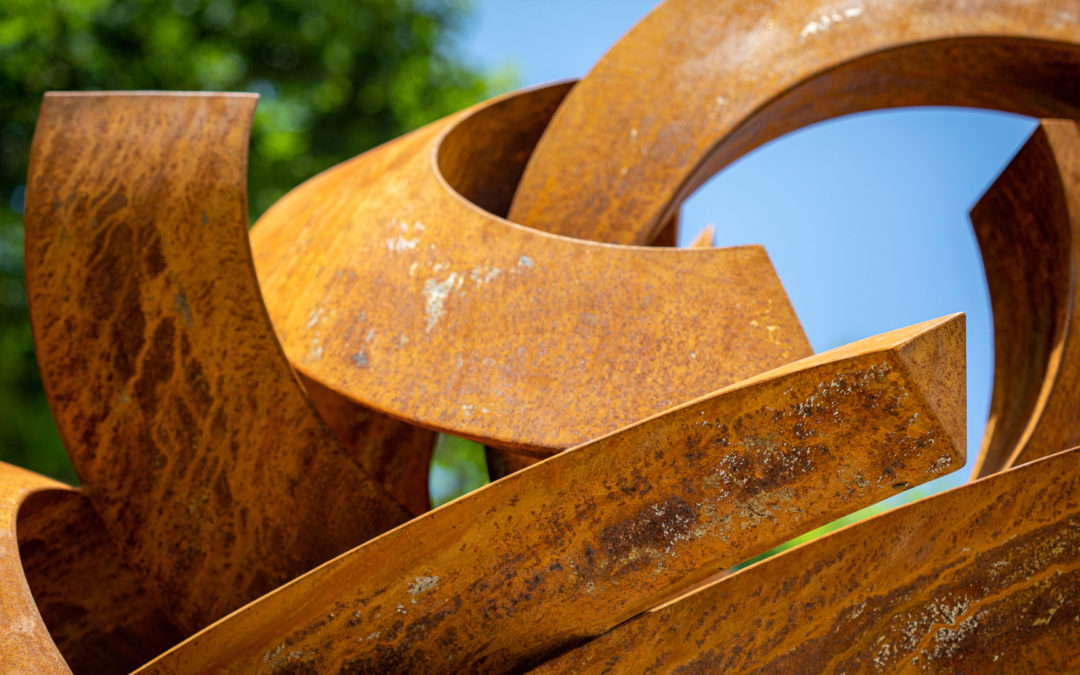 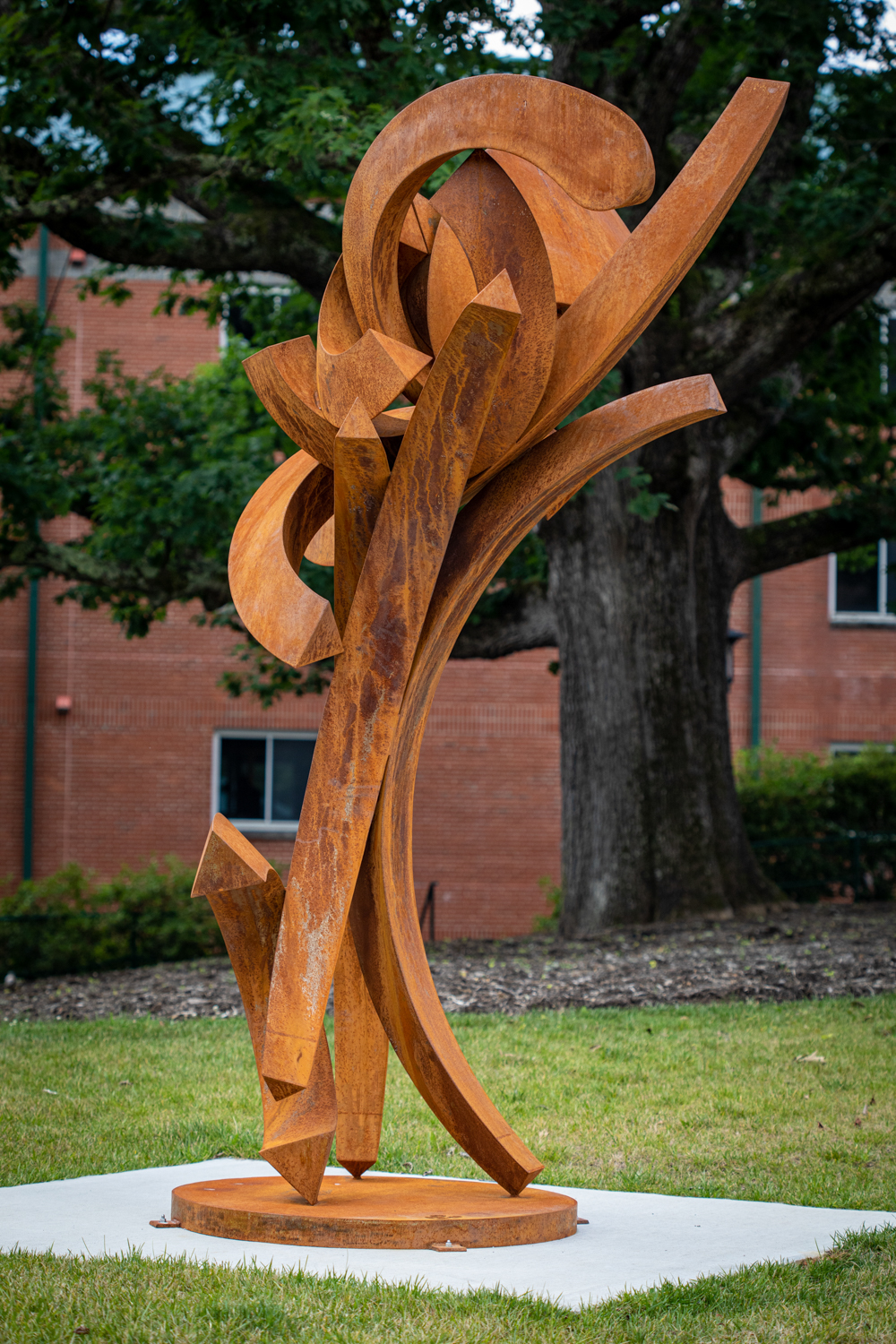 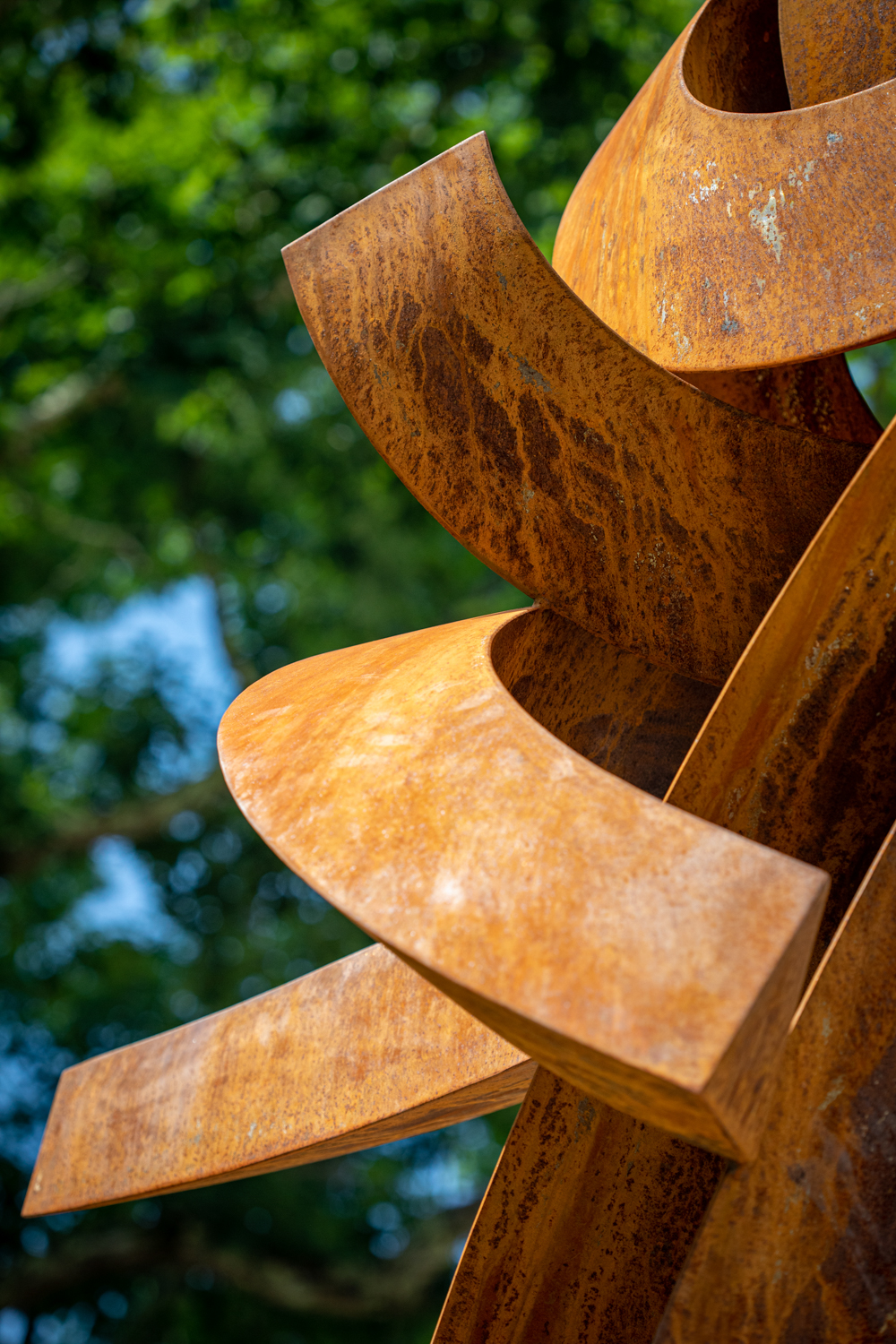 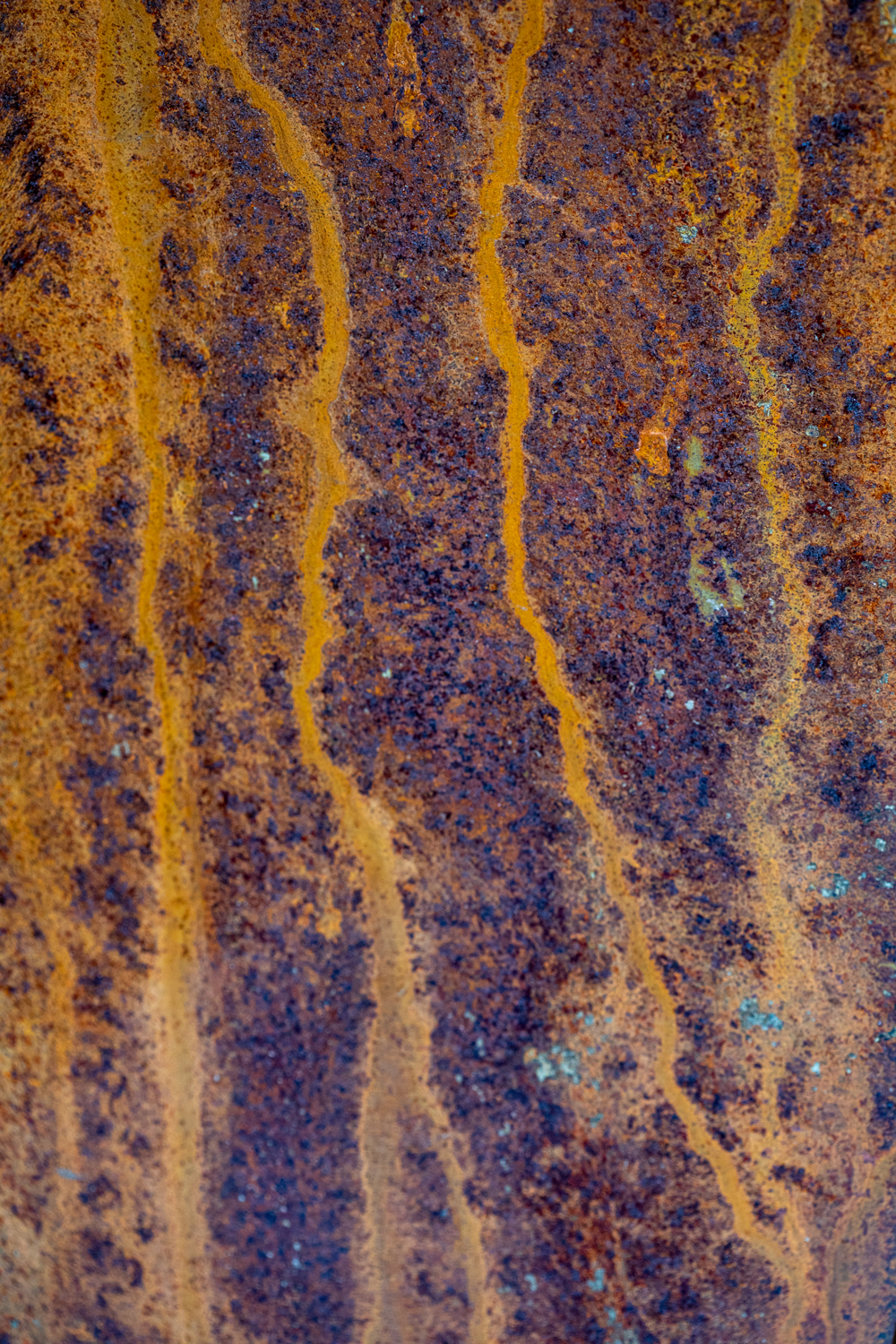 An iconic form is created in the moments when nature deconstructs itself. A seed caught in the wind. The green shoots of a wildflower pushing through the soil. The thrashing of a river after heavy rains. A surge of energy spurs a separation – a great unfolding. It is these naturally sculptural moments that inspire my work.

The physical act of creating sculpture requires a great deal of energy. I create and alter structures until they find balance and become entities unto themselves. This process often begins in drawing, a much more cerebral and immediate medium connecting the hand to the mind. Both sculpture and drawing can find completion in a natural, unadorned state, or a piece may ask for added dynamism and emotion in a layer of bright orange powder-coat or rich scarlet pastels.

The elements of nature are present in all of my work, from personal to private and public commissions. In creating public art, I am one of many authors writing the history of man’s existence, and that of his attempt to rationally construct and give relevance to his emotional, physical, and spiritual connection to the world. This endeavor continually brings me back to the cycle of nature and its poignant synchronicity to human evolution.

David Boyajian is an artist, art instructor, and the owner of David Boyajian Sculpture Studio in New Fairfield, Connecticut. In the early 1980s, Boyajian studied at Alfred University, the Skowhegan School of Painting and Sculpture, and earned his MFA from the Maryland Institute Rinehart School of Sculpture. Following his fine art education, Boyajian continued his studies while assisting figurative sculptors Wolfgang Behl, Elbert Weinberg, and Andrew Coppola.

Over the course of his thirty-plus-year career, Boyajian has shown his work in numerous solo and group exhibitions, including SculptureNow on The Mount, Edith Wharton’s home in Lenox, MA, Bull City Sculpture Show in Durham, NC, and “Genesis” an outdoor solo show at the Robert Moses Sculpture Garden at Fordham University.”Genesis” received praise from both The New
York Times and Review Magazine. “Boyajian’s buds and seeds rise well above the usual dross,” wrote Grace Glueck of The Times.

Boyajian’s numerous public commissions include “The Weaving Shuttle” and “The Eye of the Needle” at the Mansfield Town Square in Mansfield, CT, “Lift,” a memorial to a former student at the Canterbury School in New Milford, and “Sanctuary” at the 9/11 Living Memorial at Sherwood Island for the state of Connecticut. His teaching career has spanned over twenty years at institutions such as Western Connecticut State University, Silvermine School of Art, and
Hartford Art School at the University of Hartford. Boyajian teaches metal, stone, and wood sculpture at his studio at David Boyajian Sculpture Studio.