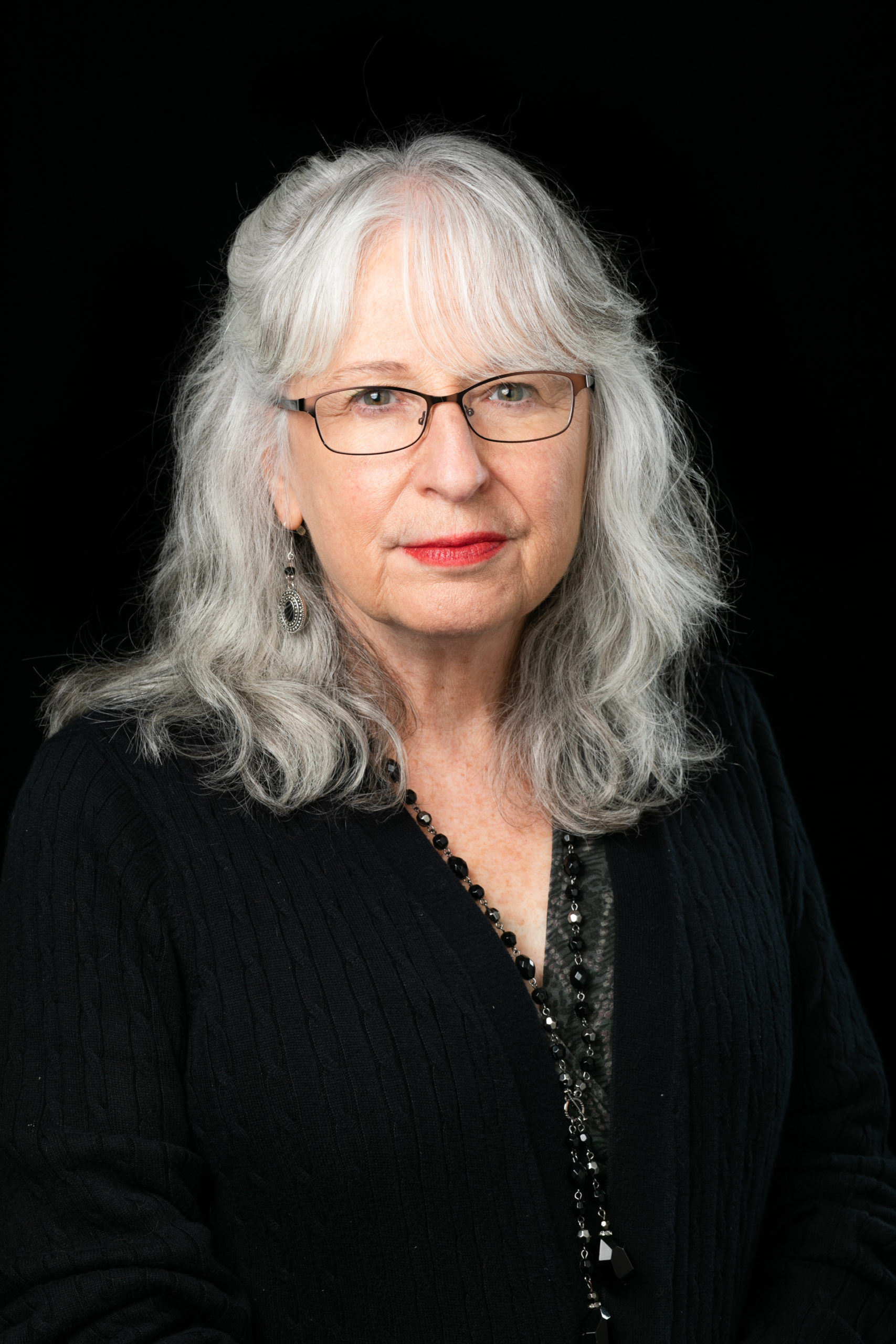 Denise obtained her master’s degree in social planning and nonprofit management from Florida State University. For more than 25 years, she has worked as an arts administrator at Appalachian State University. Previous to that, she worked in settings devoted to community development, health and human services, public policy and social/economic justice. Denise provides leadership and day-to-day management for the operations of the Turchin Center for the Visual Arts and its multi-faceted exhibition, education and outreach programming, as well as the Schaefer Center for the Performing Arts, which is home to a variety of series, including An Appalachian Summer Festival, The Schaefer Center Presents, and the APPlause! K-12 Performing Arts Series. 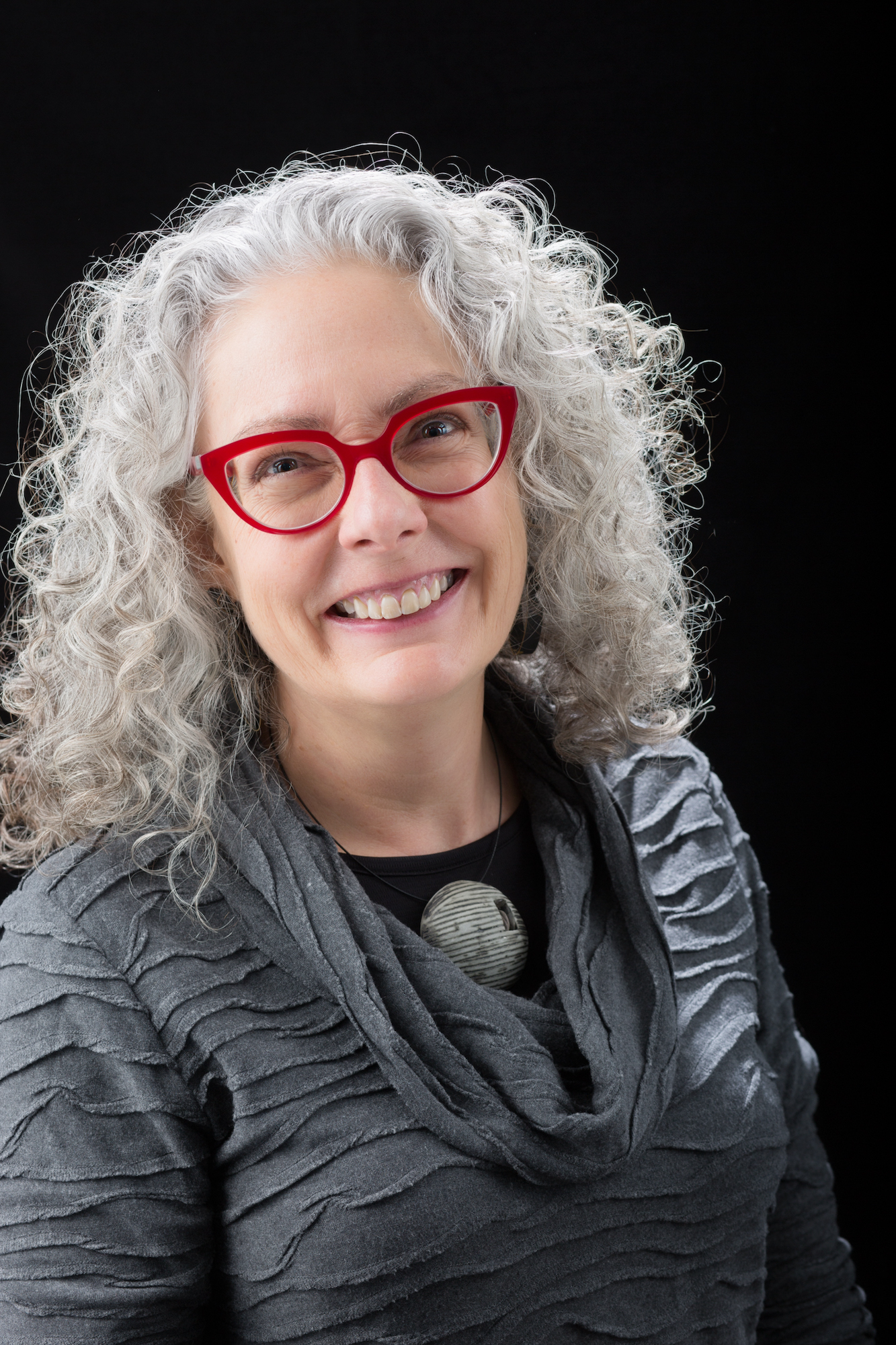 Mary Anne Redding is a visual arts curator and writer and serves as the curator of the Turchin Center. She holds a B.A. in English Literature from Ohio University, an M.A. in Arts Administration from the School of the Art Institute of Chicago, an M.L.S. from the University of Illinois, Champaign Urbana, as well as an advanced certificate in Museum Studies from Arizona State University. She has written and published numerous essays on photography and contemporary art. Before taking her most recent post as the Curator at the Turchin Center, Redding was the Curator at the Sioux City Art Center in Sioux City, Iowa, for 13 months. Redding previously served for nearly 6 years as the Curator at the Turchin Center. Past positions include working as the Curator of the Marion Center for Photographic Arts and the Chair of the Photography Department at Santa Fe University of Art & Design, and as the Curator of Photography for the Palace of the Governors/New Mexico History Museum. Redding has more than forty years’ experience working as a curator, archivist, librarian, educator, and arts administrator. Her publications include A Country No More: Rediscovering the Landscapes of John James Audubon with photographer Krista Elrick (2021); Gila: Radical Visions/The Enduring Silence with photographer Michael Berman (2012); the introduction for Light in the Desert: Photographs from the Monastery of Christ in the Desert, photographs by Tony O’Brien and an essay by Christopher Merrill (2011); Through the Lens: Creating Santa Fe (Museum of New Mexico Press, 2009); and, Grasslands/Separating Species an exhibition catalog for 516 ARTS in Albuquerque, New Mexico; as well as an essay in Land/Art New Mexico, published by Radius Press in 2010. 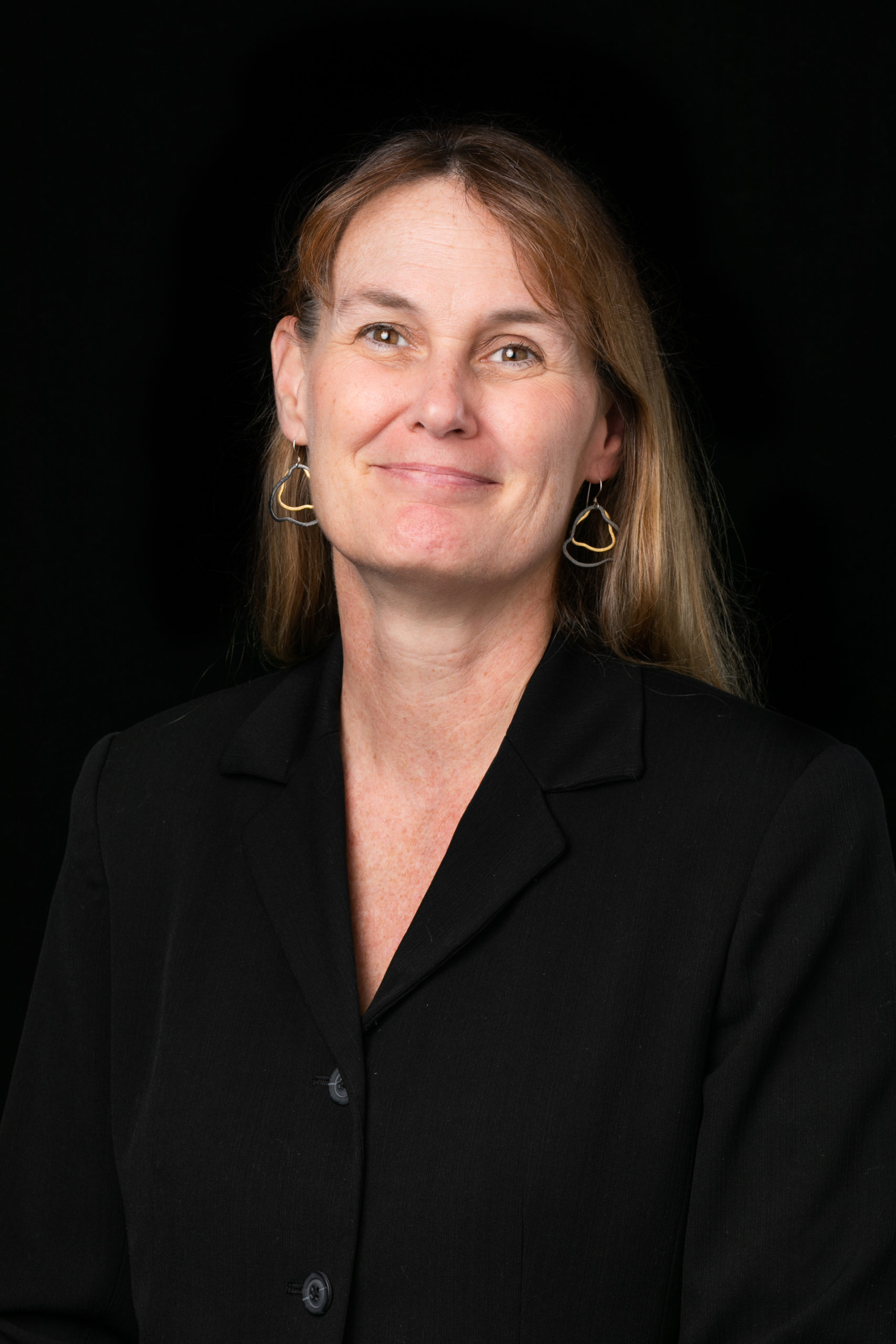 Karen has worked in budget management and event planning at Appalachian State since 2014 and joined the Turchin Center team in the fall of 2019. Karen works closely with staff of both the Turchin Center and the Office of Arts and Cultural Programs to develop budgets, produce financial reports, assist in budget-related decision-making and manage processes such as purchasing and payroll systems. She also works closely with the Turchin Center director on a variety of administrative projects and initiatives. Karen holds a B.S. in business administration from Bowling Green State University. She is thrilled to combine her finance background with her passion for the arts. 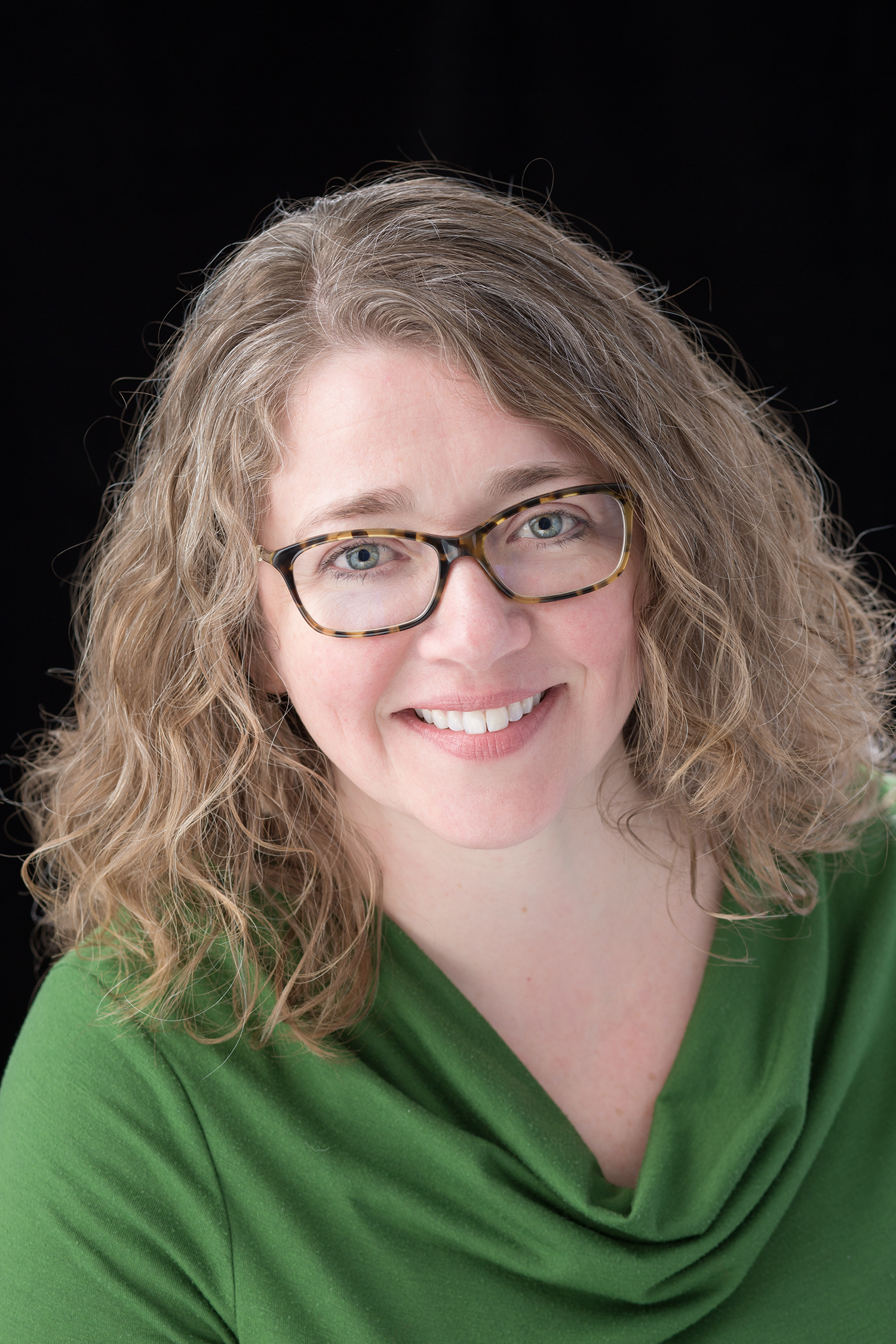 Christy has a passion for arts and learning. Since 2012, she has facilitated
education programs for the Schaefer Center for the Performing Arts and the
Turchin Center for the Visual Arts, including the APPlause! K-12 Performing Arts Series. Influenced at an early age by arts education, Christy pursued a vocation that promotes learning in and through the arts and connecting university arts resources to community members of all ages. She works closely with university faculty and staff, community organizations, and the network of public, private and home-schools across a ten-county region. Christy has held positions in public schools and arts organizations. She has a B.S. in theatre arts education and an M.A. in arts administration. 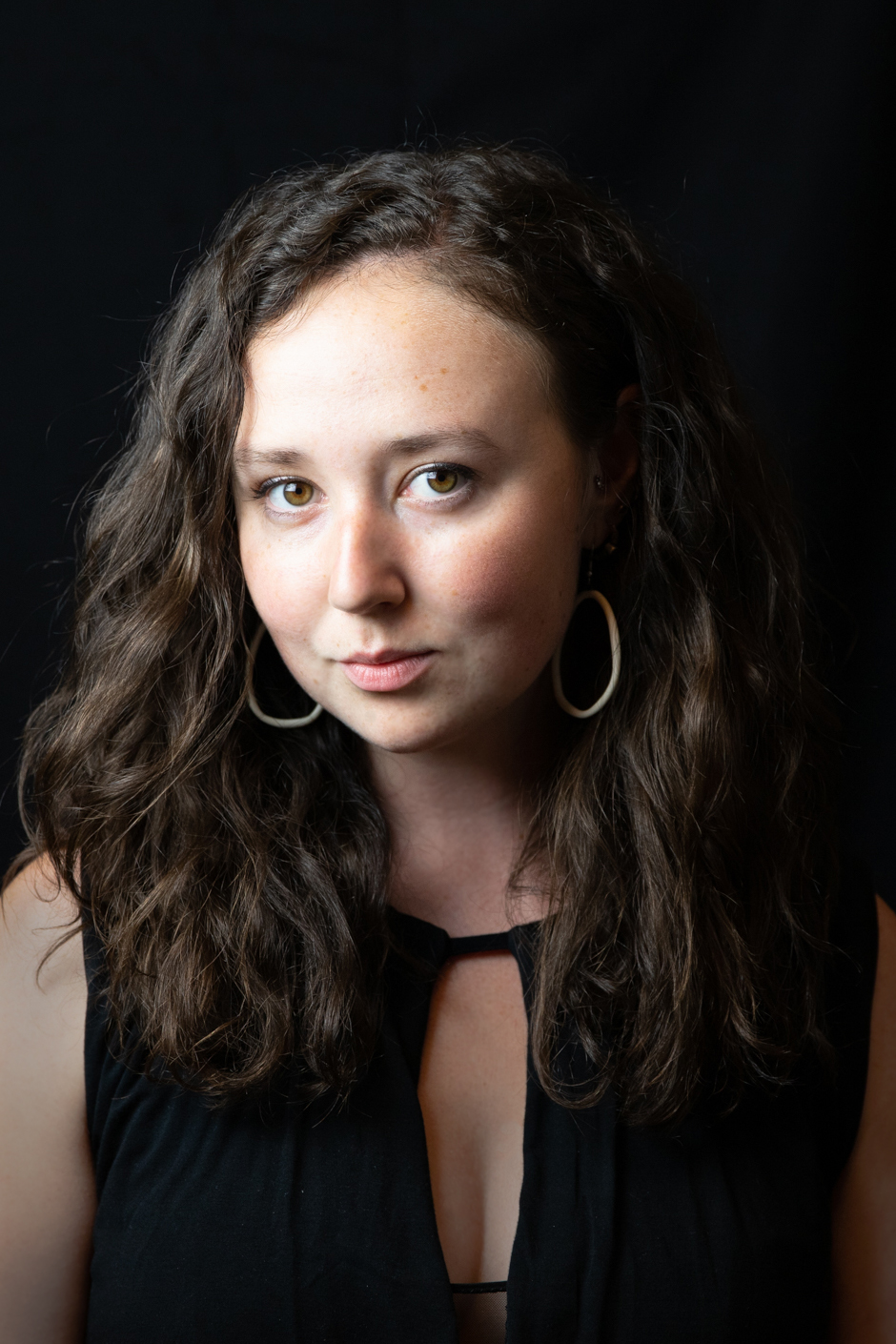 After several years of leading the TCVA Open Studio workshop for Appalachian students, Shauna joined the full-time staff in 2019. Shauna is an artist from Boone, and continues to share her passion for art and creativity by developing educational programs for both the Schaefer Center and the Turchin Center. Her roots in Appalachia and her relationship with the environment shape her creative work. She uses artistic processes that connect her to her home, such as making paper and photographic emulsions with local plants, to discuss themes of sacred relationships and transformation. Shauna received BFAs in studio art and art education, and is currently pursuing an MA in Appalachian Studies. 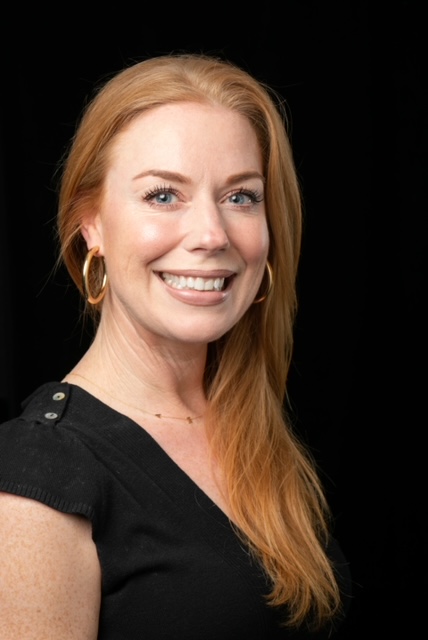 Since moving to the High Country in 2009, Lindsay has spent over a decade in the nonprofit sector and has developed a strong passion for giving back to the community. She is responsible for securing gifts to the Turchin Center that help sustain its programs, recognizing these valued gifts, connecting with members to fully engage them in the work of the center and interfacing with organizations that collaborate with center. She volunteers her time with nonprofits focusing on education, land conservation and human services, and is passionate about philanthropy that helps to connect people to causes that matter to them. Lindsay holds a B.S in communications with a minor in marketing. 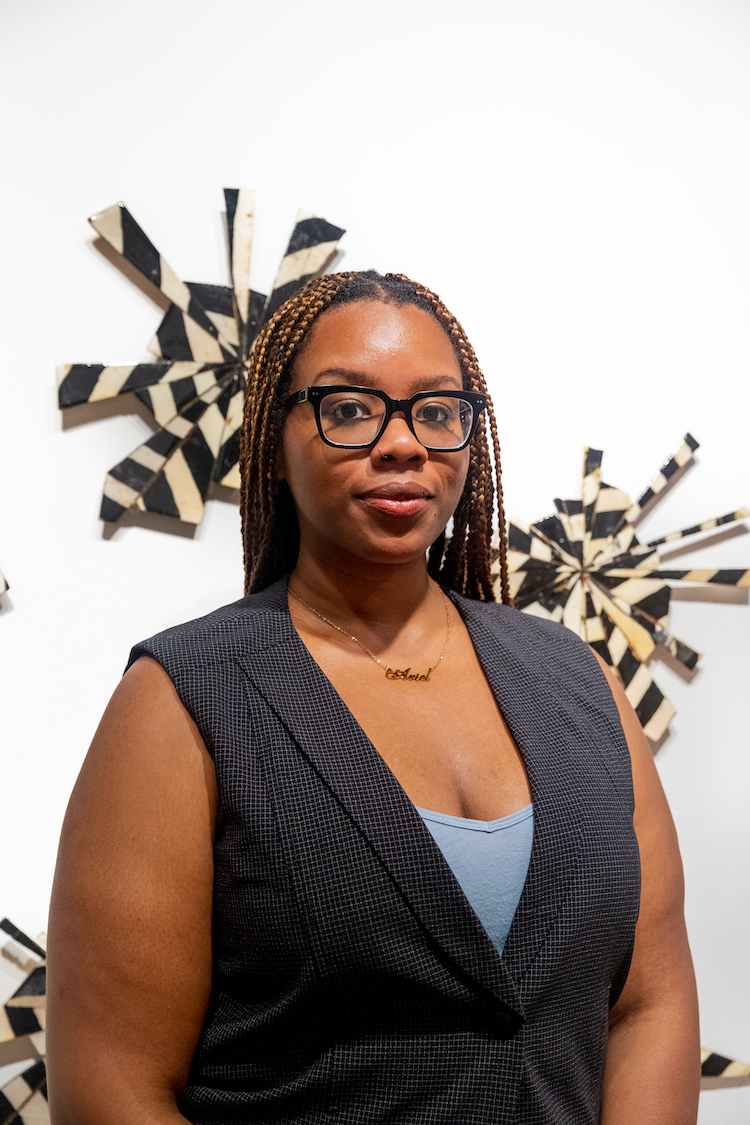 Elle Ivy Green joined the Turchin team in June 2022 . Elle is an abstract and landscape artist based in Boone. As Director of Visitor Services, Elle utilizes her passion for art and arts facilitation through enhancing the visitor experience. She hires, trains and oversees the student gallery ambassadors and uses her talents in the planning of exhibition openings, receptions and special events. She also works with a variety of campus and community groups with an interest in the center’s resources and facilities, and is continuously seeking out ways to create memories for the visitors through arts engagement at the Turchin Center. 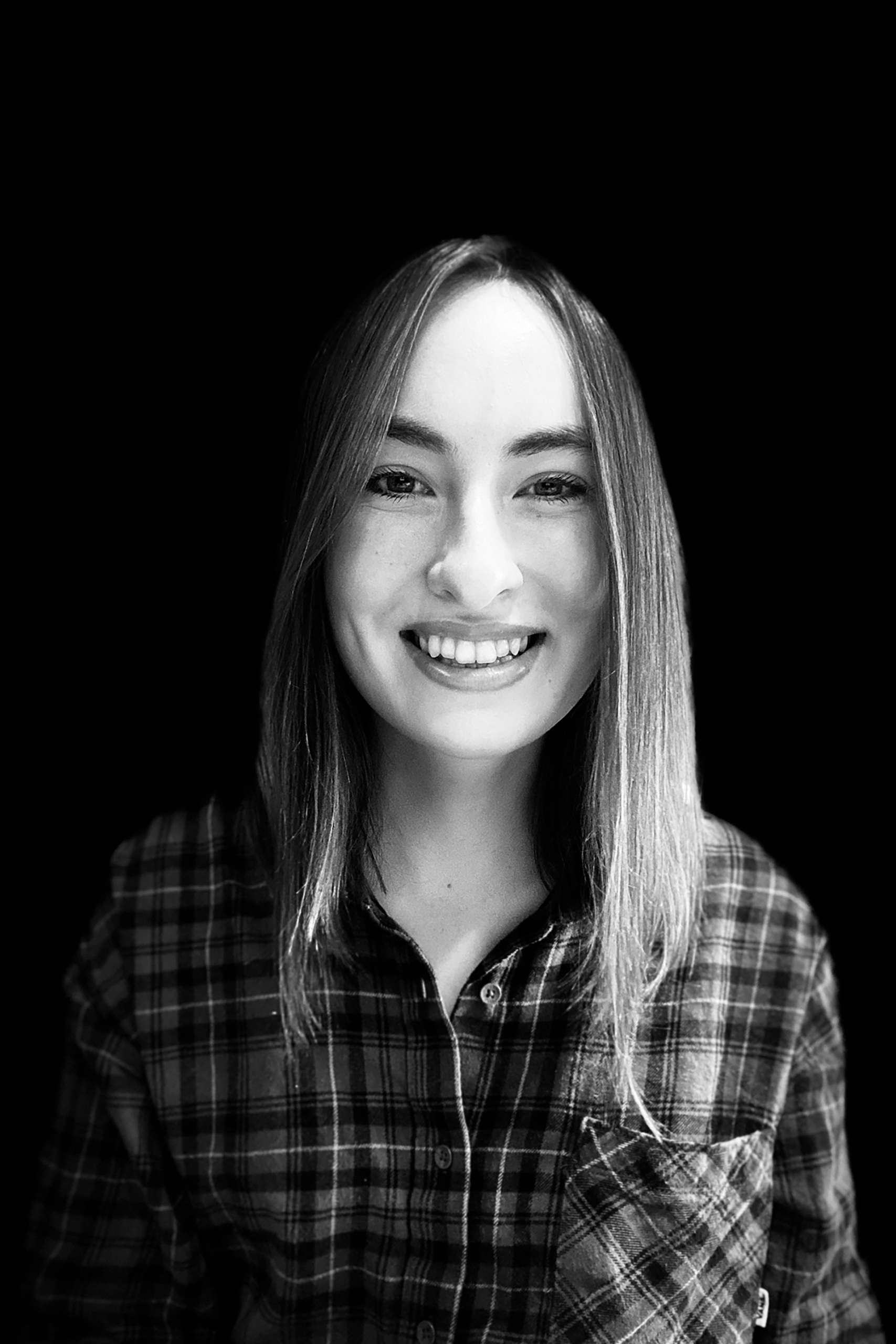 Gabrielle graduated from Appalachian State University with a degree in art and visual culture with a concentration in art management and a minor in nonprofit management. As a student, she worked as the curator of the Looking Glass Gallery, an exhibition assistant at the Turchin Center, and an administrative assistant at the Smith Gallery.  In her role as lead installer/preparator at the Turchin Center, Gabrielle works closely with curator Mary Anne Redding in securing works of art to be exhibited in the Turchin Center’s six gallery spaces. Gabrielle is responsible for coordinating the art installation process, ensuring the safe and proper handling of all artwork, and creating all exhibition-related graphic design. 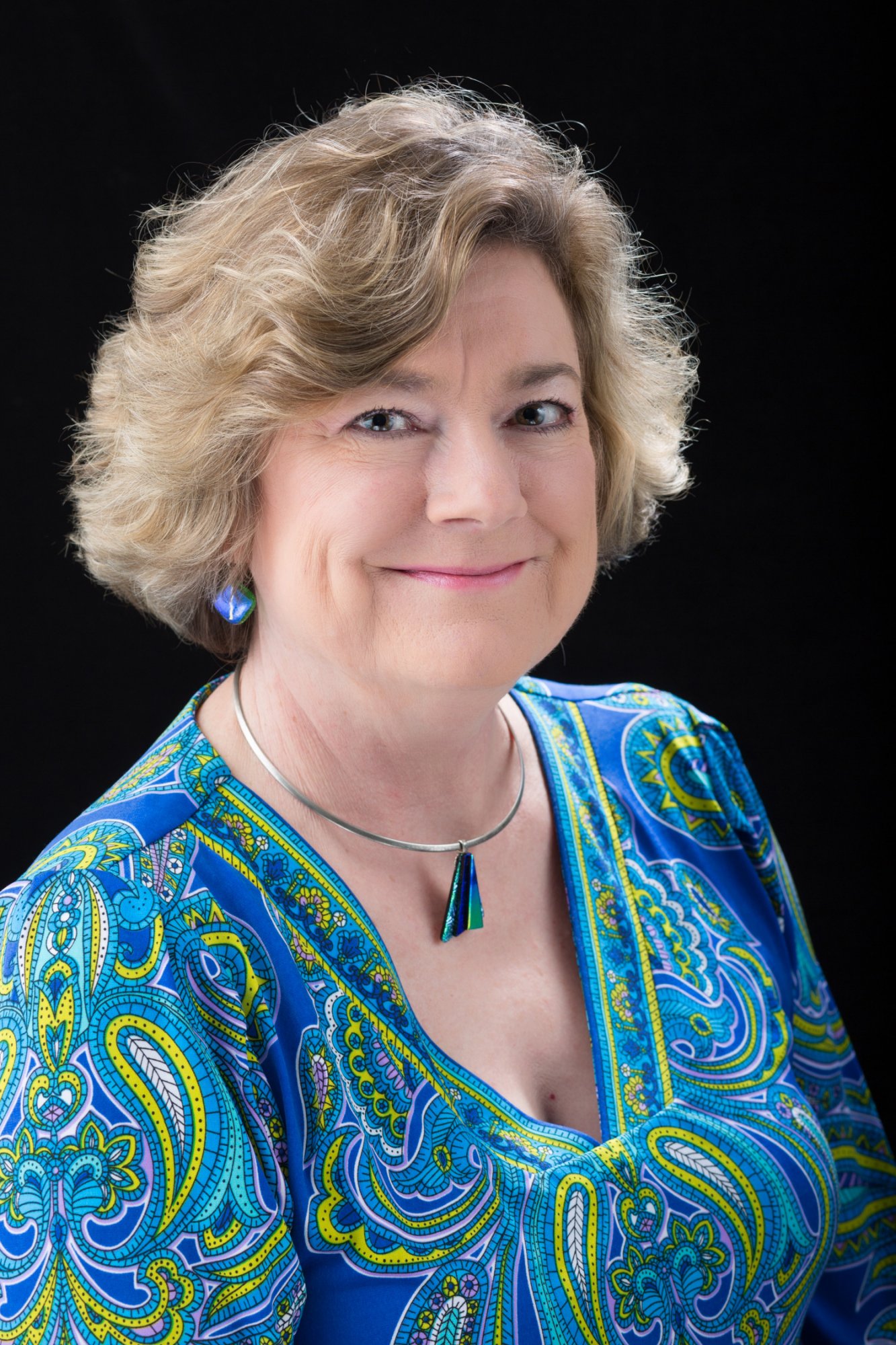 Serving as Director of Marketing since late 2016, Lynn promotes the Turchin Center’s dynamic exhibition, education and outreach programming by developing and implementing a “marketing mix” comprised of print materials, broadcast, print and digital advertising, press coverage, website development and social media. Lynn has worked in a variety of settings devoted to design, the arts, and marketing in both private businesses and non-profits, with a focus on landscape architecture, textile design, gallery operations and education. She serves as an active board member on local library and performing arts boards. Lynn received her B.L.A from the School of Planning and Design at Michigan State University. 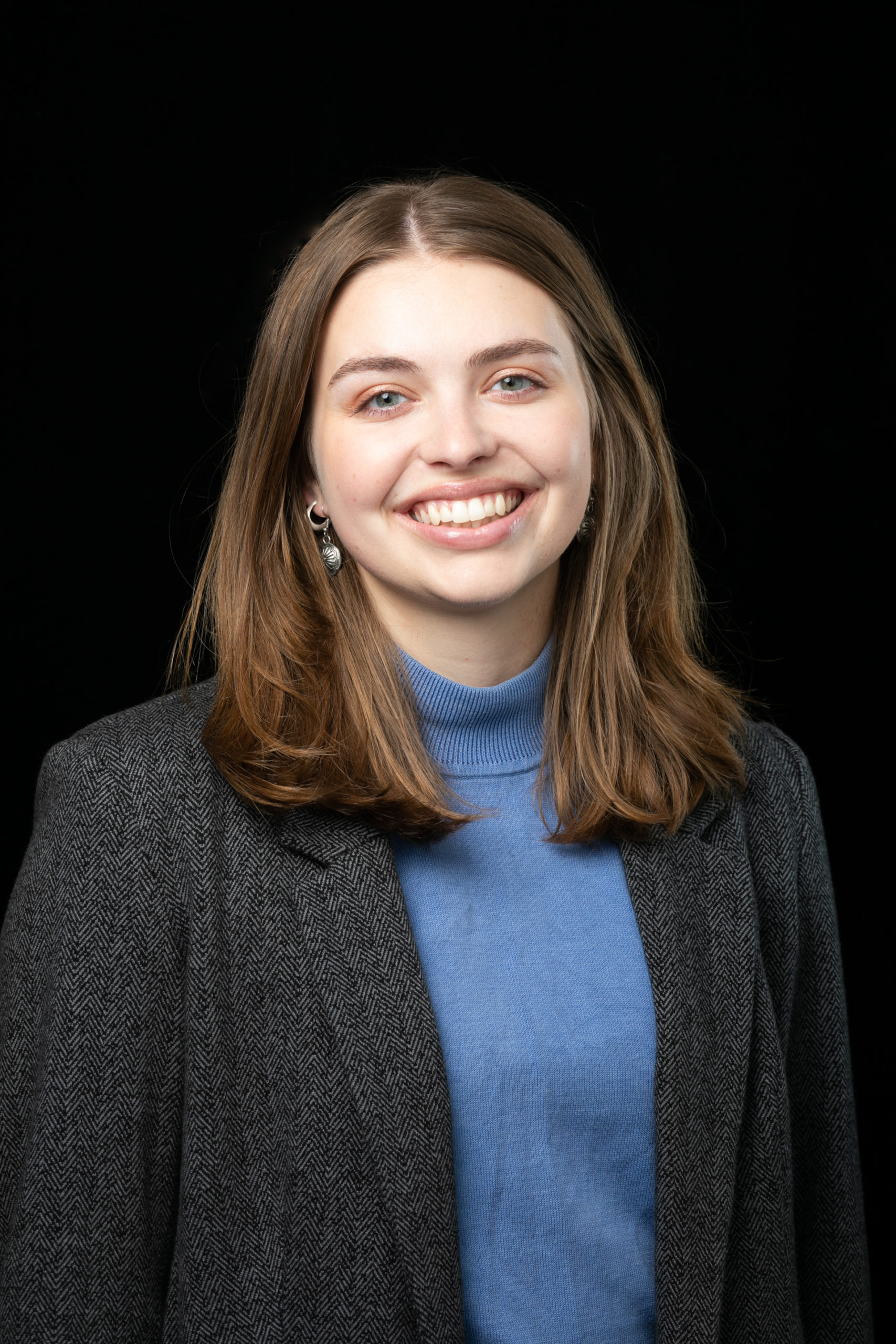 Hannah joined the Turchin team in June 2021 as the Office Manager and also serves in that role for the Office of Arts & Cultural Programs. As Office Manager, she provides administrative support, office organization, student employee processing, gift processing, record keeping and a multitude of other tasks. Hannah graduated from Appalachian State in May 2021, with her B.A. in sociocultural anthropology, and minors in sustainable development and experiential, integrative, learning. As a student, she was able to cultivate a passion for environmental justice, community-based research, and visual culture, and is excited to continue that study as a staff member. 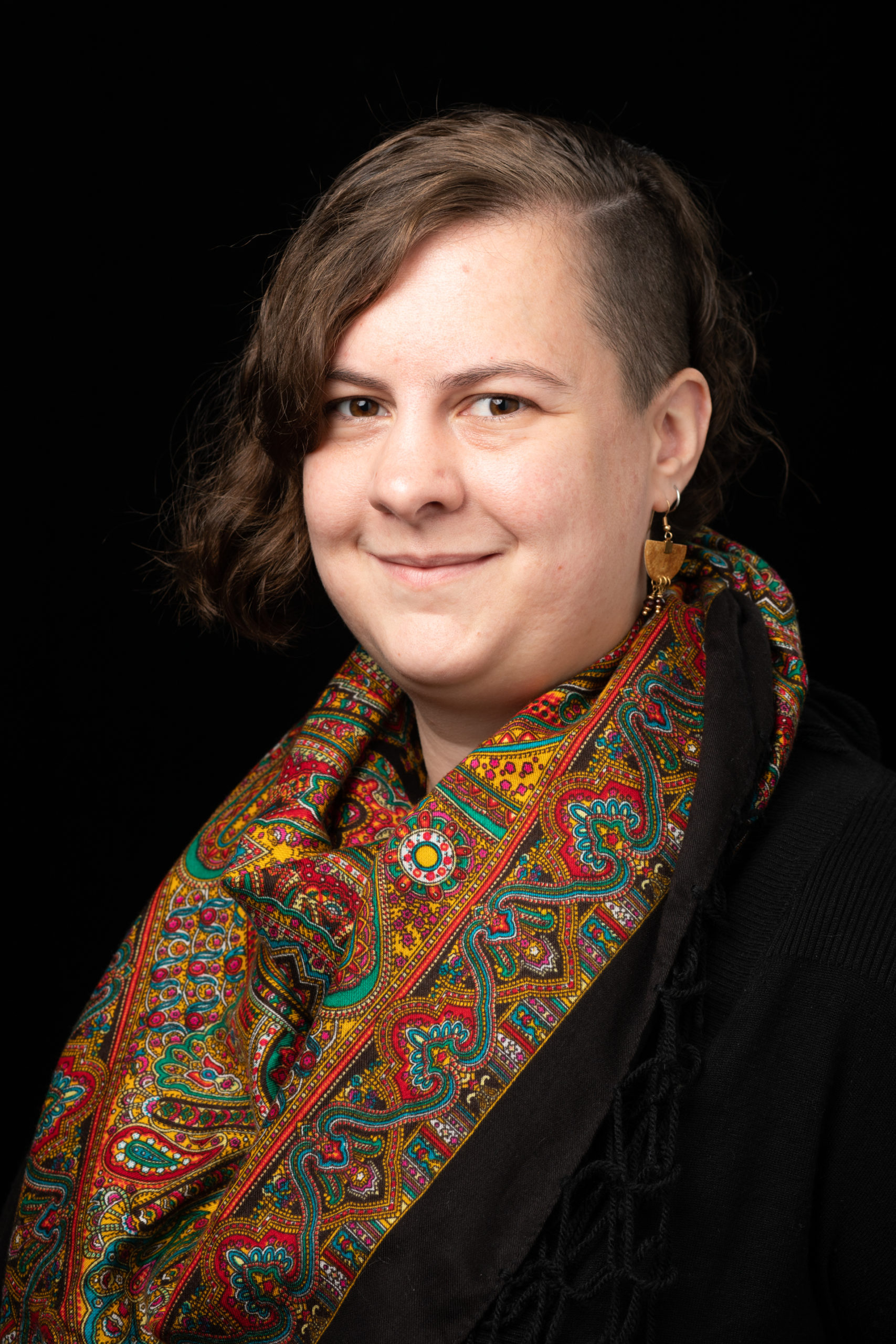 Molly Schwanz joined the Turchin Center in June of 2022. As the Collections Manager, she is responsible for caring for the artworks in the Turchin Center’s permanent collection. Before joining the Turchin Center, Molly was the Collections Management Assistant for the Peary-MacMillan Arctic Museum at Bowdoin College. She has worked with museum collections containing a wide range of artworks and artifacts – everything from embroideries to airplanes – and is particularly interested in the care of textiles in museum collections. Molly holds an MA in Museum Studies from Marist College, and an MA in History from James Madison University. 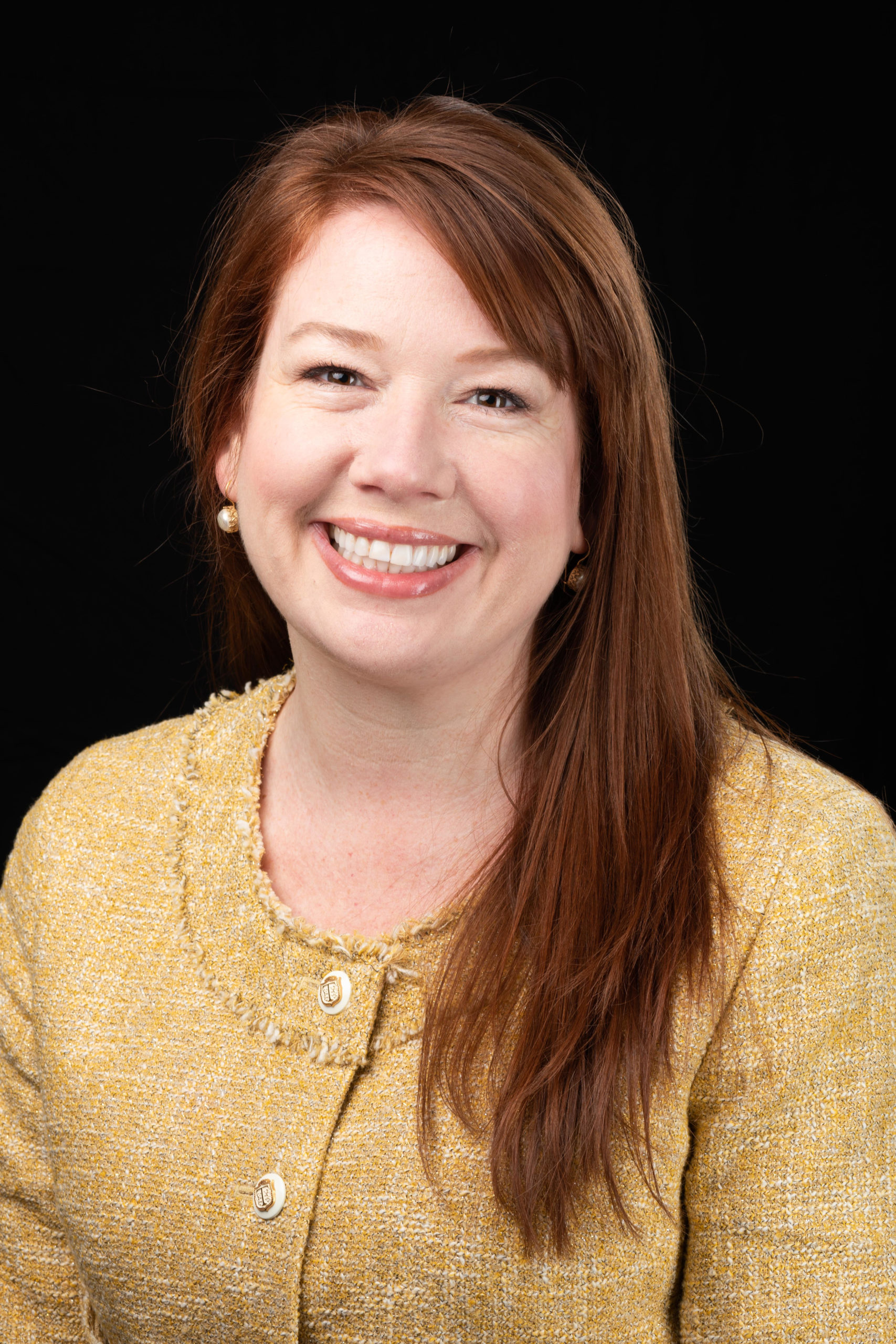 Melinda joined Appalachian State University in the fall of 2016 and in addition to her position at the Turchin Center, she also serves as director of development for the Office of Arts and Cultural Programs and the Hayes School of Music. Prior to her arrival at Appalachian State, she served as the director of alumni relations at Valdosta State University, and as the director of development at Thomas University, in Thomasville, GA. Melinda is a graduate of Valdosta State University and Andrew College, where she majored in sociology with a double minor in criminal justice and biology.

Since its opening in 2003, the TCVA Advisory Board members have served as stalwart supporters and community ambassadors who are devoted to the growth and development of the Turchin Center. Board members serve the center by supporting the mission, providing feedback to the center’s staff, cultivating friends and donors, and acting as liaisons with other arts organizations and community groups. The board is comprised of a diverse network of arts supporters who bring vision, commitment and leadership to their role, and who are integral to the center’s operations.
Advisory Board