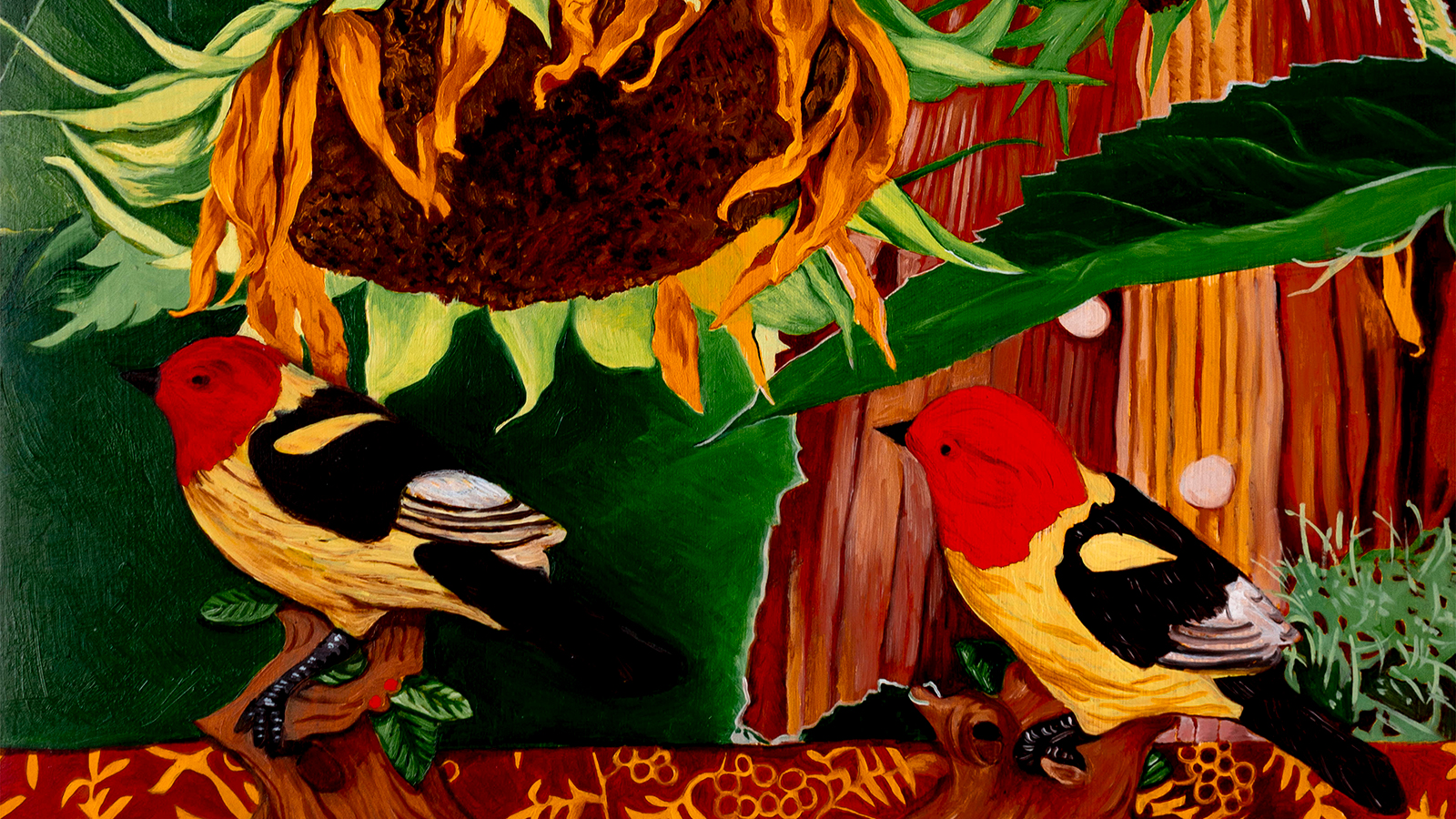 Painter Jacklyn St. Aubyn creates a magical space in which things aren’t what they appear to be. First perceptions may be misleading. She has landscapes and interiors in mind as she works, but not in the realistic sense; rather, she conjures imaginary spaces that defy logic. She muses: “It is the narrow region between what is known and the unexpected that truth lies.” 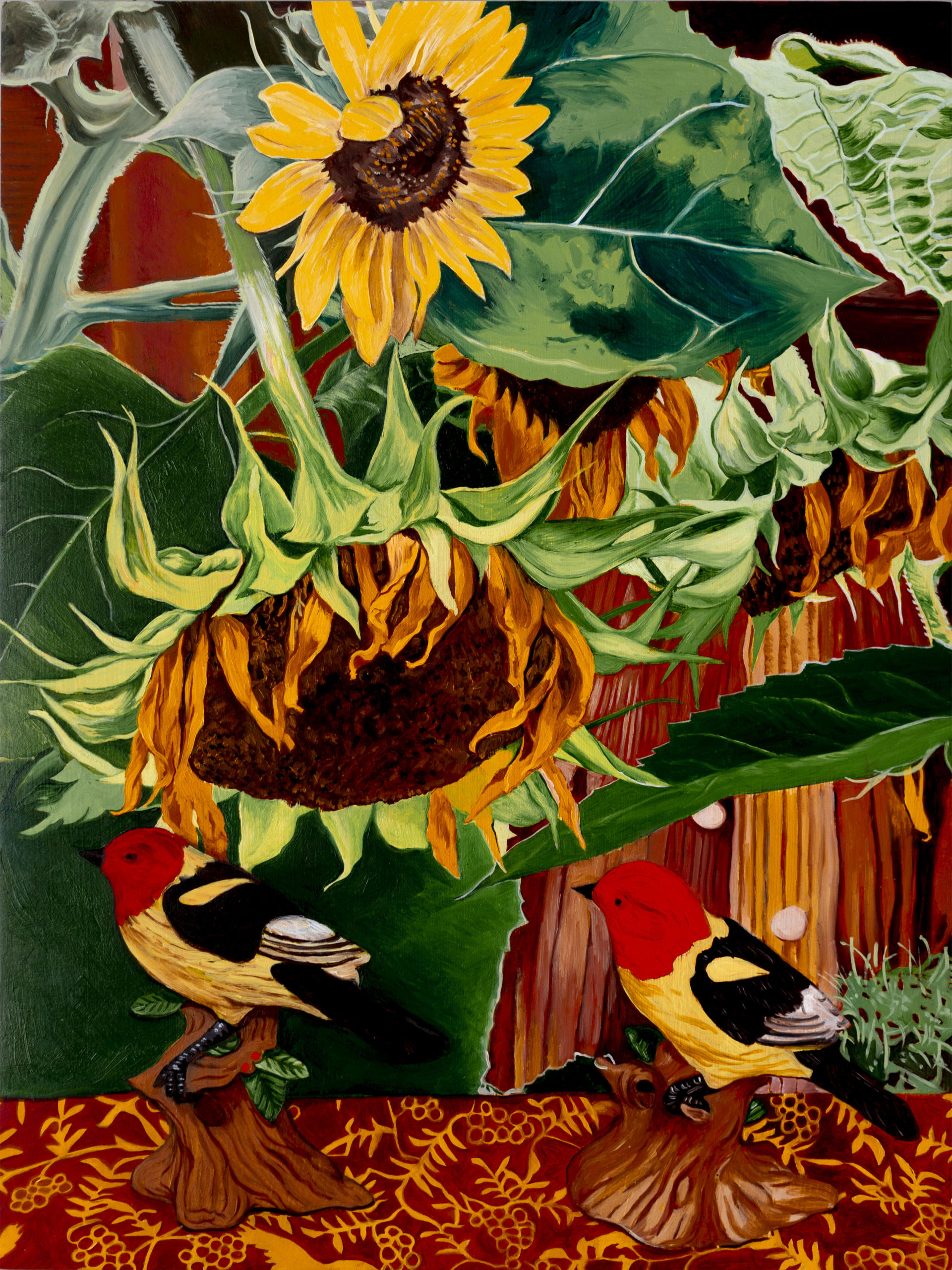 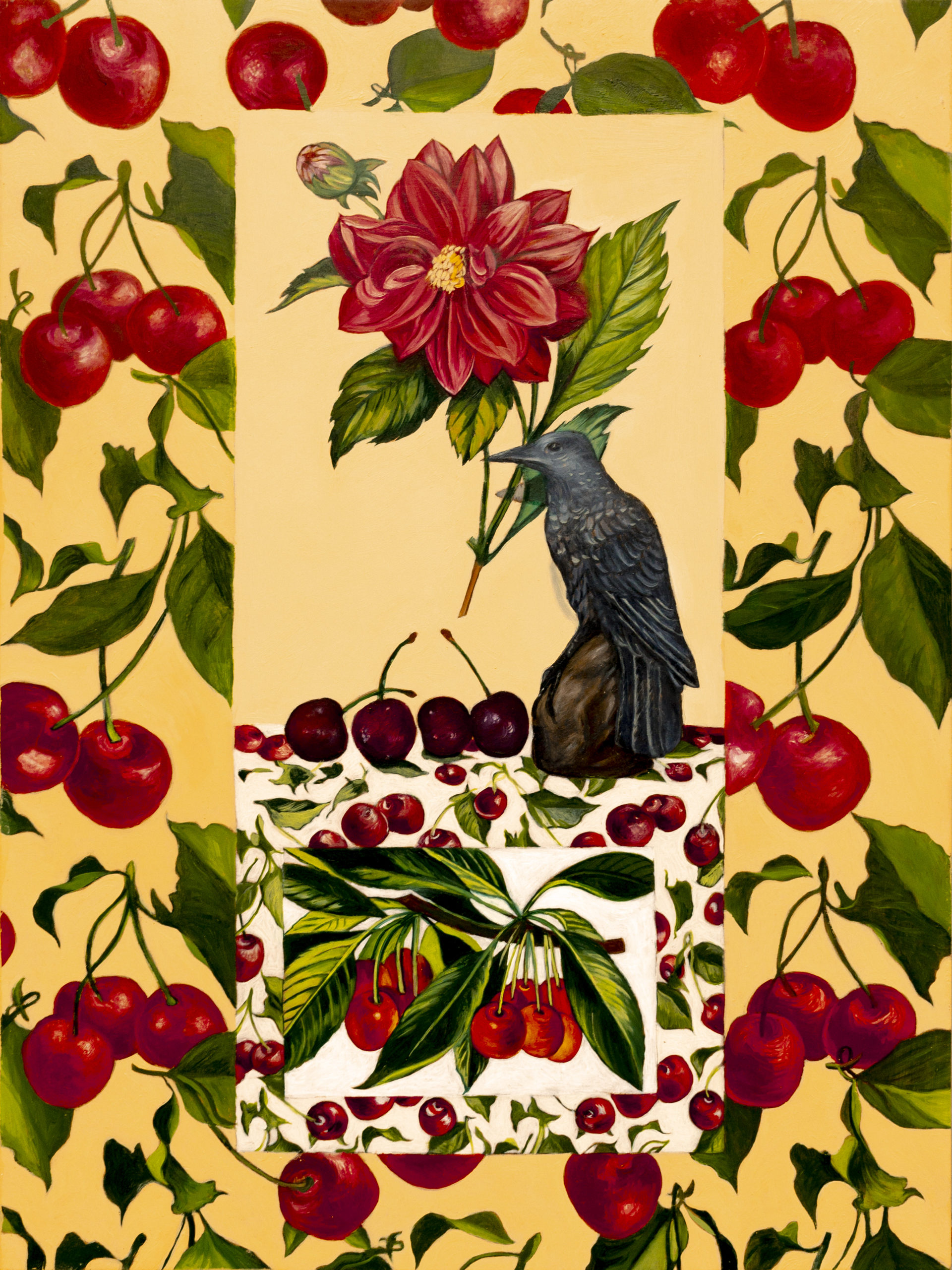 Memories and experience as embodied in objects are the subject matter of my still lives. Objects play an important part in my creative process. They serve as receptacles for meaning. Objects I collect also make reference to cultural myths and universal symbols. Through repeated use over many years, the objects make up a personal vocabulary consisting of symbols.

The first step in my creative process is setting up a still life. I spend a great deal of time choosing objects from my collection and arranging them in an evocative way. I look for visual relationships, as well as symbolic references, hoping for a narrative to emerge. I rely on intuition and emotion to guide me. This is the most difficult and unpredictable part of my painting process.

Once I am satisfied with the still life, I begin painting. Now I have a very different relationship with the objects I’ve chosen. The moment I put brush to panel, a transformation takes place. The colors and shapes create a tactile song filled with rhythms and melodies. Objects and images express poetic thoughts. Unspoken revelations appear. The process is meditative and calming. I am drawing from a consciousness that is hidden somewhere within me. The veil of my familiar thinking gives way to freedom of mind. This is the psychic space of painting. 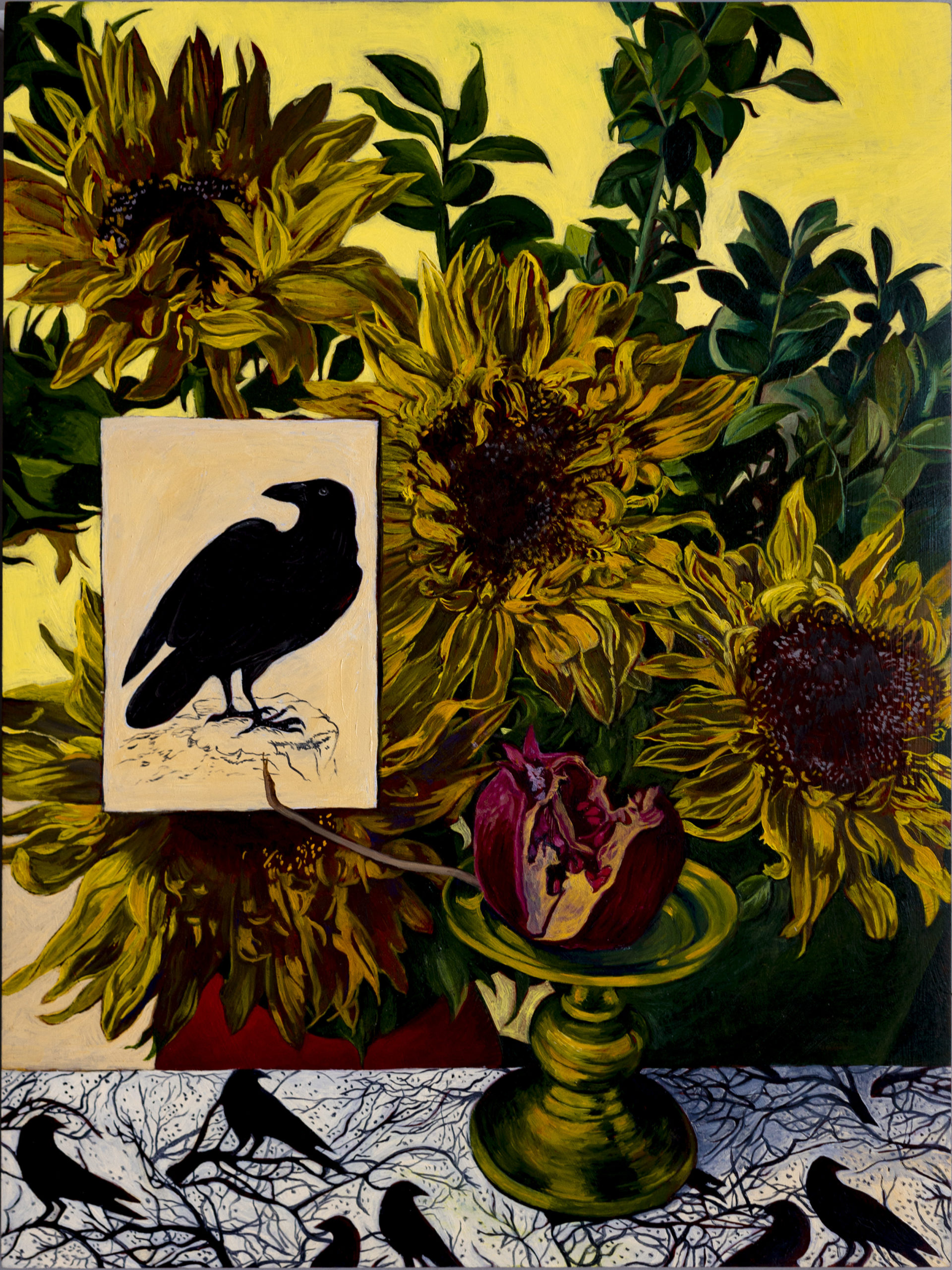 Jacklyn St. Aubyn taught painting and drawing at New Mexico State University for 25 years. During this time, she wrote and published a book, Drawing Basics, which is in now in its second edition. This book came directly out of Jacklyn’s experience teaching beginning drawing to college students who, for the most part, had no drawing experience. It is a clear, straightforward approach to learning how to draw, based on looking closely. The underlying belief that anyone who can see, can learn to draw, along with the conviction that personal expression has its source in visual perception provide the basis for St. Aubyn’s methods.

The inspiration for Jacklyn’s teaching methods also applies to her studio work. At the heart of both lies a desire to illuminate life through the process of seeing. Her commitment to drawing began when she was eight years old. She taught herself to draw by looking closely and copying images from comic books and magazines. Jacklyn had a difficult childhood and drawing was her refuge in an otherwise chaotic world. Later, when she found herself a single mother of two infant sons, at the age of 25, she once again turned to drawing. She enrolled in a night class at the Kansas City Art Institute. It was thrilling to think of the possibility of studying art. Not only that, but the promise of teaching provided a way to support her children and continue to pursue painting. She earned her BFA degree at the University of Missouri at Kansas City and her MA at University of New Mexico in Albuquerque. 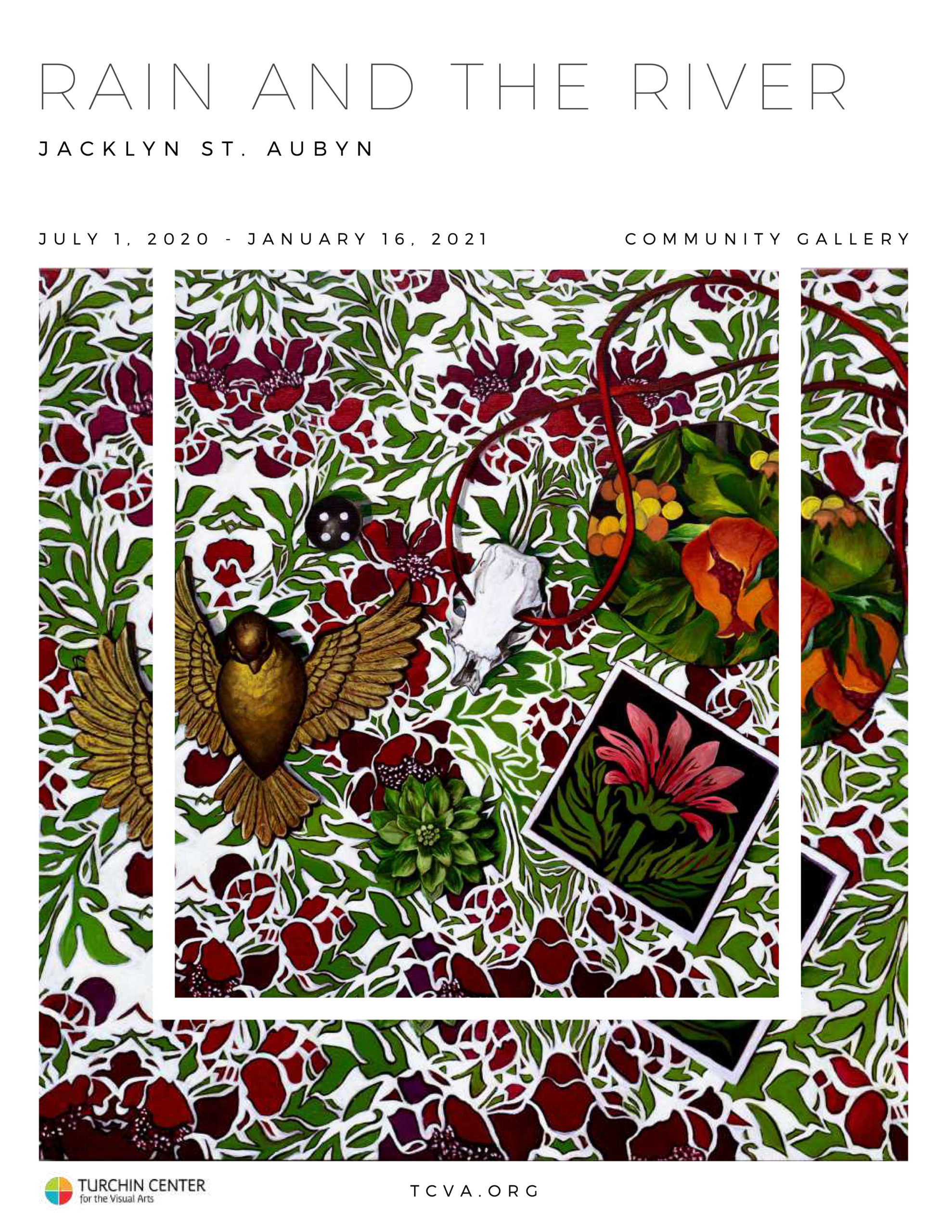